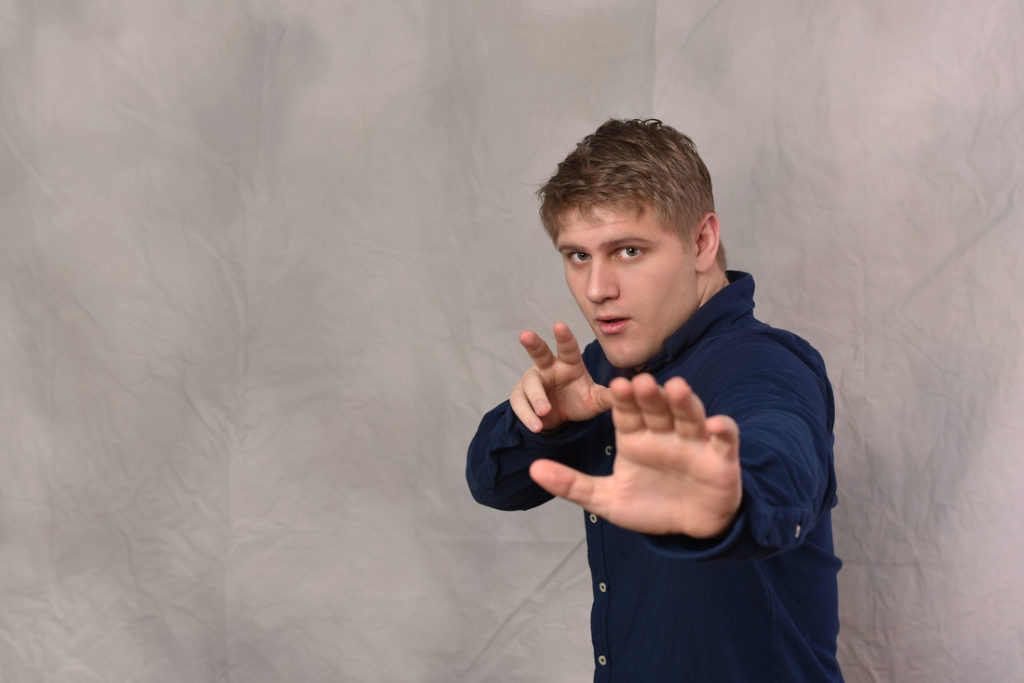 Rosa’s desire to explore the parallels and bring them to light has earned him a 2018 Thomas J. Watson Fellowship. He will travel to Holland, Thailand and Cambodia to study the nuances of the hand-to-hand combat tradition at mixed martial arts (MMA) academies in the three countries.

The Thomas J. Watson Fellowship is a $30,000, one-year grant for independent study and travel outside of the United States. This fellowship funds students of “unusual promise” who have an insatiable yearning to explore on a global scale a topic that is personally significant to them. Watson project ideas must come from a longstanding personal passion—something that the student will pursue, no matter the obstacles encountered.

Rosa is fascinated by the commonalities shared by the two disciplines—one intellectual, one physical. “Studying philosophy forces me to confront intricate questions on meaning, death, life and morality, which requires perceptiveness, curiosity and sometimes even courage,” he wrote in his Watson proposal. “MMA demands these virtues and a thirst for knowledge, except in MMA the focus of these virtues is physical rather than abstract. …Both disciplines require perceptivity to analyze the larger structures at play. They work the same sort of intellectual ‘muscle,’ just in abstract and physical ways, respectively.”

During his year of Watson travel starting in late July, Rosa plans to train within fighting traditions specific to Holland, Thailand and Cambodia as well as explore the intellectual value of mixed martial arts and its meaning, history, artistry and evolution within each culture. “I cannot help but have philosophical curiosity about why so many cultures and people throughout the world engage in these disciplines,” he wrote.

One of his major goals is to debunk misconceptions about mixed martial arts and those who engage in it. “For many, mixed martial arts seems inconsistent with my personality. I’m a quiet, nice, creative person who loves philosophy and writing,” Rosa wrote. “My interest in MMA doesn’t fit people’s presuppositions; I seem like a walking contradiction. Yet my love for MMA is deeply consistent with who I am as an intellectual and a person.”

Rosa, who was inducted into the Phi Beta Kappa honor society his junior year, is president of the Wheaton Men’s Rugby Team, editor-in-chief of the Wheaton Wire and on the board of directors of the nonprofit Chucky’s Fight to help prevent teen substance abuse. As the rugby team’s liaison to the college’s Sexual Misconduct and Assault Response Team, he helped organize the first “Purple Bowl” game to recognize Domestic Violence Awareness Month in fall 2017. He currently is leading an effort to organize the first “Unity Bowl” to help bring his campus community together in the name of tolerance. As the editor of the college newspaper, he stresses that he is committed to intellectual honesty.

His Watson pursuit is deeply steeped in personal history. Tragedy hit Rosa’s family early, hard and often with the deaths of two of his six siblings, which motivated him to be keenly aware of life’s impermanence. He and his twin brother, who also is a Wheaton student, trained in self-defense from age 6. Rosa also pursued wrestling, Brazilian jiu-jitsu and kickboxing.

He has proven his intellectual and physical fortitude in the classroom and on the playing fields this academic year. Pushing himself while recovering from a concussion suffered during a Rugby game in fall 2017, Rosa has successfully juggled a full course load and responsibilities as an editor and campus leader.

Clearly, he is ready for any challenges ahead, including one that will put heavy demands on his communication skills.

“This project will require that I spend time interacting with people who are both highly competitive and whose language I do not speak. It is important that I maintain respect for others wherever I am. I only speak English,” Rosa wrote. “The sense of community inherent among mixed martial artists makes MMA a powerful way of forming tight bonds with others. I anticipate that my life will be changed by these communities in ways I cannot possibly imagine.”

After the Watson year of traveling and exploring, Lucas wants to try his hand at being a professional MMA Fighter (like his older brother) and somehow combine that with a career as a professional writer.

“I know my dream sounds crazy but at least I have a year with the Watson to figure out how I’m going to do it,” he said during a recent interview, still beaming after learning about his fellowship.

If anyone can figure out how to successfully do it, Rosa can, judging by the high praise from his philosophy professor and advisor, John Partridge.

“Lucas is exceptionally promising. Right from the start I saw that he was a serious, mature and dedicated student with intrinsic motivation. …I have been able to see him grow as a student and person and have no doubt that not only will this be a transformative experience for him but also for those he meets and connects with,” said Partridge. “I am eager to see how he not only submits to the rigor of training at these gyms, but also expresses his vision for a reformed understanding of the meaning of MMA and articulates these values in a cross-cultural exchange.”