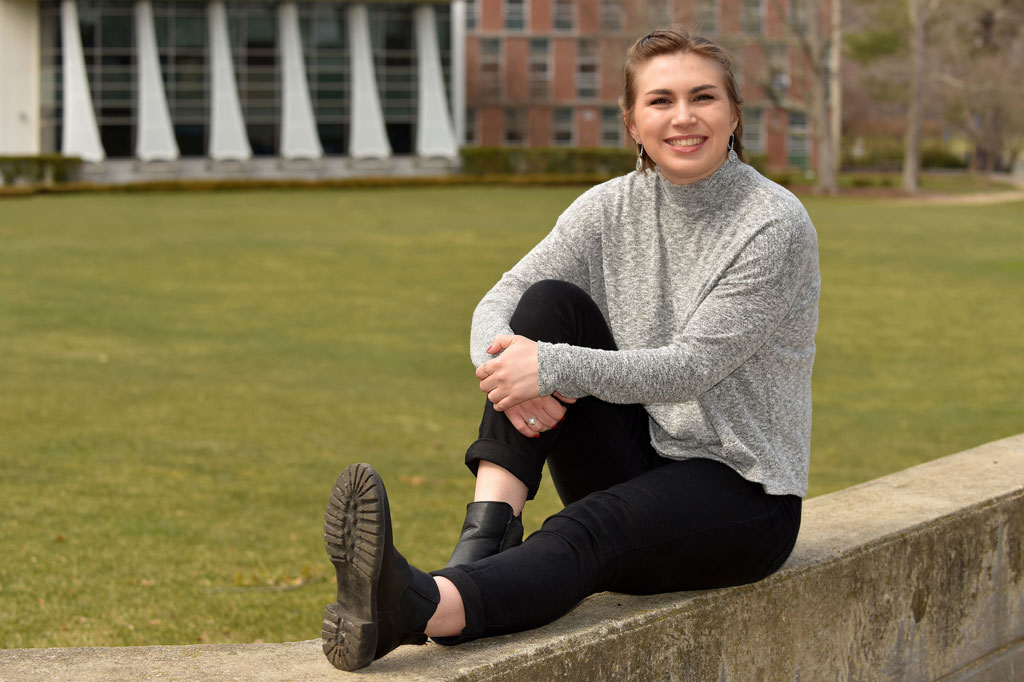 As a high school student considering her options, Bay Gammans ’18 recalls searching the internet for “majors where you get to travel the world.” She found anthropology—drawn not just to the travel opportunities but also to the ways the major embraced different viewpoints and cultures.

Since coming to Wheaton to study anthropology and film and new media studies, with a minor in journalism, Gammans has actively sought opportunities to travel the world, and to learn about other cultures. The summer after her sophomore year, she spent a month in Tanzania on a fieldwork-based course led by Professor of Anthropology Donna Kerner. The following spring, she studied in London—taking advantage of her location to take short trips to nearly 10 other European countries during her time abroad.

Now, set to graduate in May, Gammans is ready for another adventure: teaching English to students in Malaysia on a Fulbright scholarship.

“I was looking for opportunities to go abroad and teach, and of course the Fulbright opportunity stood out to me,” she said. “Since I have been lucky enough to spend time in both Africa and Europe while at Wheaton, I was looking to go to a new part of the world. Malaysia stood out to me because it has such a diverse culture and beautiful landscape.”

Gammans discovered she enjoyed teaching while working at a secondary school in Tanzania. One of her lessons involved a letter exchange between students in Tanzania and the United States—a project she hopes to introduce to her pupils in Malaysia.

Gammans completed an anthropology thesis on how after-school programs in her hometown of New Bedford, Mass., are impacting economically disadvantaged students whose first language is not English.

“I knew that I wanted to somehow give back to my community through my thesis,” she said. “I had heard about the Greater New Bedford Youth Alliance through my mother, and saw that New Bedford was putting a lot of emphasis on improving their youth serving organizations. I wanted to give them research on how their programs were really helping these students and reasons why they still may be having problems.”

In the future, Gammans is interested in working with nonprofits, supporting marketing and outreach efforts through documentary film and other media. It’s an area with which she’s already familiar, having spent two summers as a social media marketing intern with the New Bedford Department of Tourism and Marketing, as well as a summer as a communications intern with Save the Bay in Providence, where she created video public service announcements.