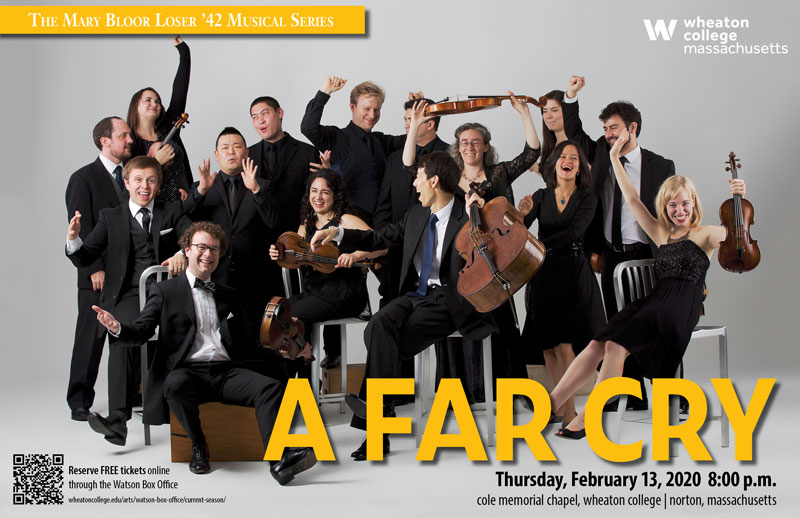 Called a “world-wide phenomenon” by Boston’s WBUR, A Far Cry has nurtured a distinct approach to music-making since its founding in 2007. The self-conducted orchestra is a democracy in which decisions are made collectively and leadership rotates among the players (“Criers”). This structure has led to consistently thoughtful, innovative, and unpredictable programming — and impactful collaborations with celebrated performers and composers. Over the past year, A Far Cry has risen to the top of Billboard’s Traditional Classical Chart, been named Boston’s best classical ensemble by The Improper Bostonian, and celebrated two Grammy nominations for its Visions and Variations. Boston Musical Intelligencer sums up the group: “In its first decade, this conductor-free ensemble has earned and sustained a reputation for top-drawer playing, engrossing programming, and outstanding guest artists.”

Free tickets may be reserved online though the Watson Box Office.