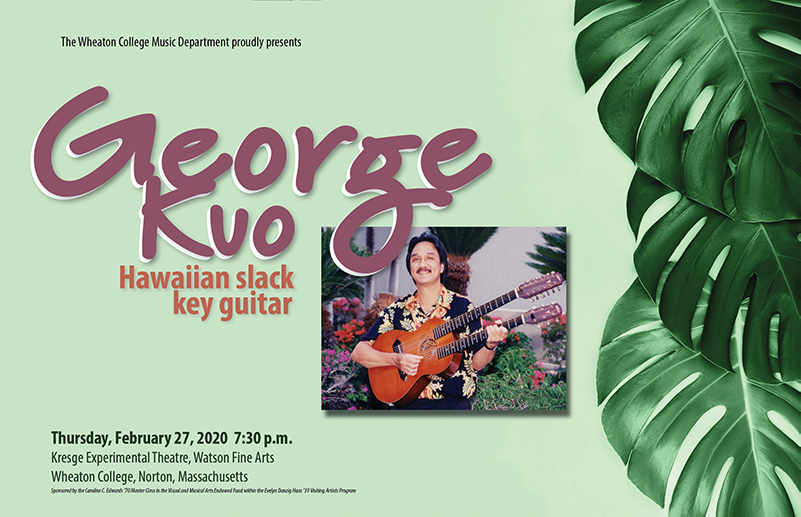 Kuo is known as one of Hawaii’s premiere Slack Key (ki ho’alu) guitar artists playing in the traditional nahenahe (sweet, soothing) style. In his illustrious career, he has accompanied and collaborated with Hawaii’s major artists such as Eddie Kamae and the Sons of Hawai’i, Dennis Kamakahi, Cyril and Martin Pahinui and Aaron Mahi. His recordings for the Slack Key Guitar Masters Series on the Dancing Cat label, Love for the Elders and Hawaiian Touch, were awarded Instrumental Album of the Year by the Hawai’i Academy of Recording Arts. In addition to his performing career, George is a Board Member of the Hawaiian Music Hall of Fame and Museum, where he has supported initiatives to perpetuate Hawaiian traditional music.