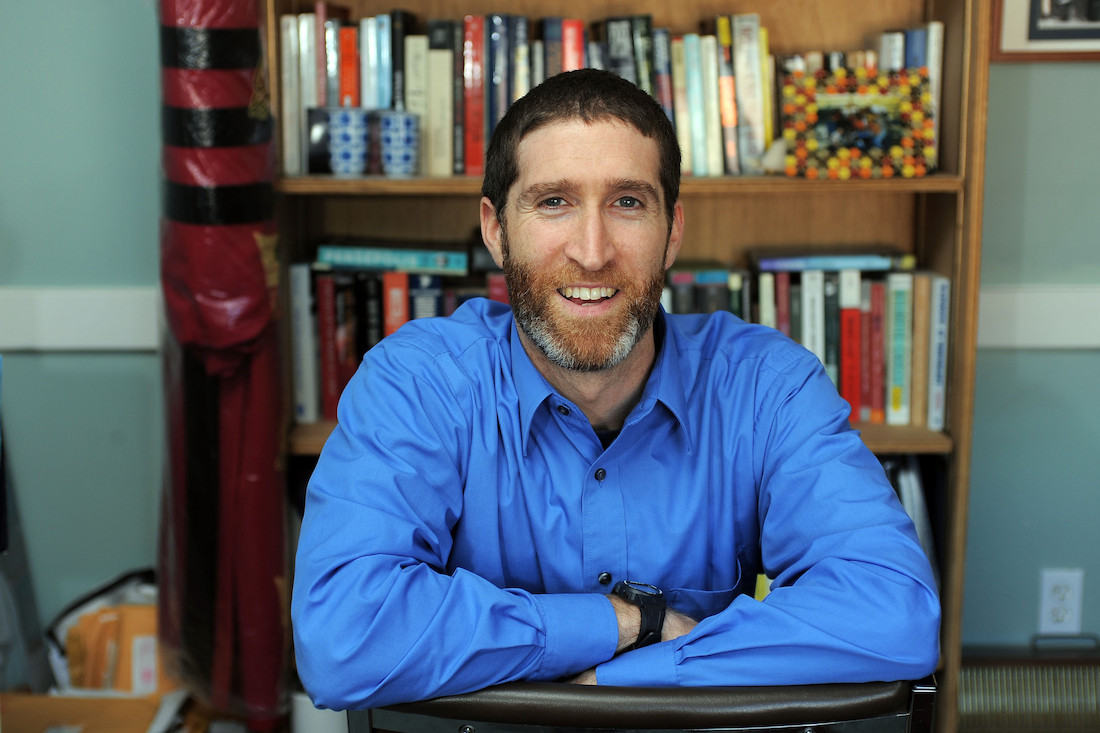 Educators often take issue with systems of school evaluation, such as the U.S. Department of Education’s College Scorecard, even as these systems have evolved over the years. Associate Professor of Education Scott Gelber is exploring that interesting, often tense, history in a new book project, with support from a $10,000 Spencer Foundation research grant.

“As someone who splits time between secondary and higher education, I was interested in the different attitudes toward evaluation in these spheres,” said Gelber, who coordinates Wheaton’s secondary education program. “High school teachers and college professors both express frustration with the shortcomings of how teaching and learning is evaluated, and both tend to perceive evaluation as a process that is imposed from outside of their guild.”

Gelber’s research reveals that college professors were actually early supporters of performance measurements and played an important role in the development of current systems of evaluation, which include accreditation, testing and surveys.

“I became curious about how the evaluation of teaching and learning came to be such a fraught subject, despite the extent to which college faculty were able to exert considerable influence over so many key elements of American higher education during the decades following World War II,” Gelber said.

The Spencer grant will enable Gelber to travel to California and New York, to look through the papers of the American Council of Education, at Stanford University’s Hoover Institution Archives, and of the Carnegie Foundation for the Advancement of Teaching, at Columbia University. His research will culminate in a book-length manuscript, currently under contract with Johns Hopkins University Press.

“I hope that the evidence of early faculty engagement with these questions will encourage professors to think twice before assuming that evaluation is inherently a superficial or external process,” he said. “I do not think that we have solved the thorny challenge of how best to evaluate teaching and learning, but I believe that the history of evaluation suggests that it is a fascinating and respectable problem—one of the greatest unanswered questions in higher education.”

Gelber previously received two other awards from the Spencer Foundation, both of which supported the research and writing of two books on higher education: The University and the People: Envisioning American Higher Education in an Era of Populist Protest (University of Wisconsin Press, 2011) and Classrooms and Courtrooms: A Legal History of College Access, 1860–1960 (Johns Hopkins University Press, 2015).