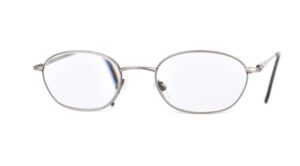 We often ask the question: why is it so hard to rid our society of racial labeling and racism? The answer is surprisingly simple: because both are culturally constructed concepts that are easily learned by young children without any direct instruction and are passed down from generation to generation.

Children encounter many examples of how to racially label themselves and others, and how to behave in a discriminatory way toward others. As a result, this knowledge and understanding is entrenched in all of us from a very young age. In addition, it is an integral part of our cultural identity formation.

Consider this: children develop a sense of themselves and society by focusing first on themselves, then on groups, and then on other individuals, before returning to the self again. This enables children to answer the questions: “Who am I?” then “Who are we?” and finally “Who are you?”

Here’s what we know about these three areas of understanding:

By ages 3 and 4, children have the capacity to reason about their behavior and the behavior of others based on cultural categories. At this age, they begin making generalizations about people’s behaviors based on cultural categories. In other words, young children are using both negative and positive stereotypes to understand their cultural identity and cultural groups and then using cultural identity categories as a tool for inclusion and exclusion in their peer interactions. Research demonstrates that children’s awareness of and ability to stereotype is usually occurring without any direct instruction by parents or teachers.

Between ages 4 and 9, children demonstrate an in-group bias, preferring to be friends with, and think more positively about, people from the group to which they belong. Research demonstrates that in multicultural nations such as the U.S. or Australia, majority/minority status has an influence. Children who are members of racial/ethnic minority groups tend to make either neutral or positive evaluations of majority status group members.

As part of the process of identity development, we place ourselves and others in cultural groups, and we adopt stereotypes for those groups as early as 3 or 4 years old. By the time we reach 7 or 8 years of age, we begin to have expectations for how people will behave based on their cultural identity, and we form a sense of pride in our own group and cultural identities. Our psychological development of identity helps to reinforce existing
societal patterns of discrimination, whether they be based on race or another group identity. Ending racism (and other “isms,” too) requires us to stop providing so many examples, at the individual and institutional levels, of how to be discriminatory against the “other.”

The psychological development of inclusion and exclusion
Professor Peony Fhagen