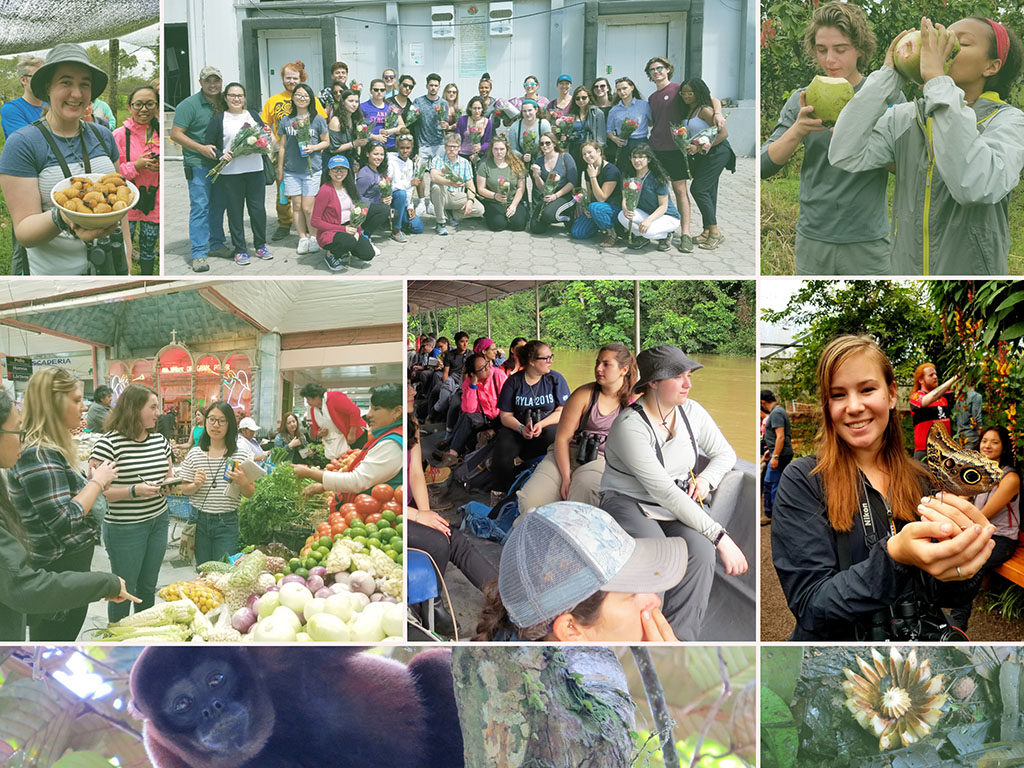 This summer, two Wheaton professors and 25 students traveled to Ecuador for a new interdisciplinary course designed to explore the intersections between food, culture and biodiversity.

The academic terrain they covered took them on a meaningful journey that broadened their knowledge of the country’s contrasts and conflicts as well as inspired each of them in ways that continue to impact them in and outside of the classroom.

Oriana Camara ’20, for example, pondered questions that have led her to be more mindful when traveling; Nicole Lussier ’20 developed a keen sense of responsibility for her surroundings; and Justin Martinez ’22 experienced a shift in his world-perspective.

“Immersing myself in this country that continues to struggle with post-colonization issues, including but not limited to racism, sexism, corruption, systematic oppression and discrimination, yet is still continuing to push forward despite the odds, brought my classroom to life,” said Martinez, a Hispanic studies and European history double major. “This was truly inspiring and perspective-changing.”

Assistant Professor of Biology Jessie Knowlton and Assistant Professor of Sociology Justin Schupp created “From the Andes to the Amazon: Intersections of Culture, Food Systems, and Biological Diversity” and taught it from June 12 through July 3, along with Melissa Mark, whose research at Northern Arizona University focuses on indigenous ways of knowing the world.

The new course in Ecuador is one of the short-term faculty-led study abroad courses that are coordinated through the Center for Global Education. Other courses include travel to Ireland, Iceland and Ghana for unique learning opportunities.

[Click here to see a gallery of images from the trip.]

Knowlton and Schupp said they were inspired to work together by Wheaton’s updated curriculum, which emphasizes interdisciplinary collaboration, and that their experiences on the trip will be incorporated into their on-campus courses this academic year.

The syllabus for “From the Andes to the Amazon” notes that Ecuador has a distinct mix of modern and indigenous cultures, economies and livelihoods—all within one of the most biodiverse ecosystems in the world, with varying degrees of human involvement and use. The combination makes it a great source for exploring the ways in which history, culture and the environment intersect and influence each other.

The course, which drew students from a variety of majors, explored indigenous ways of knowing the natural world and examined how personal and collective narratives shape interactions with that world; included analysis of local food systems and livelihoods of the indigenous communities while contrasting them with the practices of industrialized societies; and looked at the ecology of the biodiverse flora and fauna of Ecuador and the ways in which humans impact and benefit from this biodiversity.

Field trips included guided tours of colonial downtown Quito; visits to food production sites and local markets; a visit to the Cayambe Coca Ecological Reserve; and a stay at the Universidad San Francisco de Quito Tiputini Biodiversity Station, located deep in the Amazon. Classes were held on the university campus.

A great deal was required of students, including overcoming language barriers and stepping out of comfort zones as they explored the Amazon rainforest. Just traveling to Ecuador was difficult: The flight from Logan took about eight hours, with a stop in Fort Lauderdale, Fla. To get to the field station in the Amazon rainforest, the group had to take a 13-hour bus ride, a two-hour boat ride on the Napo River, another one-hour bus ride, and then another two-hour boat ride down the Tiputini River.

But students met the challenges, and several said they were rewarded with valuable lessons.

“One day before a city tour of Quito, one of our professors prompted us to think about whose story was not being told. This stuck with me,” Camara said. “I learned to always think about whose ground you’re standing on and whose culture you have the opportunity to learn about. Contemporary Ecuadorian culture is a true mix of the colonized and the colonizers. As someone who hopes to pursue documentary filmmaking, this served as an important reminder to always think about what’s being propelled forward and whose truth is or is not being told.”

Lussier, who took the course because she wanted to learn more about Ecuador’s biodiversity, welcomed the opportunity to visit the Amazon rainforest and stay at a biodiversity station. There she was able to see many bird species, monkeys and jaguar footprints as well as climb a 30-meter watch tower to see different canopy species.

“The biggest lesson I learned on the trip,” Lussier said, “was how in need the Amazon is of our help. Within the national parks there are over 200 illegal oil rigs, several illegal lumber harvesting sights, and now the Amazon is burning because of illegal slash-and-burn procedures. …I was able to witness the drastic effects of an oil spill that happened in recent years and was shocked by the amount of residue that was left over, growing in people’s gardens and polluting their water. I plan on having a career involved in conservation biology, and hope I can use this experience as a spark of inspiration.

“More than anything, I took away a huge feeling of responsibility and accountability from this trip. I realized that I somehow indirectly affect what is going on in the Amazon. Whether that be the need for gasoline for my car, lumber for my desk, or coffee in the morning, a part of my everyday life somehow affects what’s happening there. I feel the need to make a change, not only in my life but in the lives of others as well. I want to raise awareness for the injustices happening there and what people can do to help, even if it’s just spreading the word.”

This is particularly satisfying for Knowlton and Schupp to hear as they make their own plans at Wheaton based on the trip.

“This course has impacted my teaching and research trajectory significantly,” Schupp said. “I was so moved by our experience in Ecuador and the great passion our students have for social justice that I will be teaching a course this fall entitled ‘Sociology in Real Life,’ in which the goal is for my students and I to grapple with the question of how the tools of sociology can be used not just in the classroom but also in the world, as we move toward a more just and equitable world.”

“The hope is that we begin the process of building an institute at Wheaton that can be a hub for the Wheaton community to work toward addressing environmental and cultural injustices and other issues,” he said.

Knowlton’s scholarship has focused on how biodiversity is impacted by humans and ways in which some of the impact can be mitigated. “The course in Ecuador just magnified that need for me—and the need to expose students to what is actually going on in the world,” she said. “It is too easy for all of us to become comfortable in our own bubbles. It was inspiring to see the students’ passion ignite for trying to make a difference in the world. I teach ‘Conservation Science’ in the spring, and I plan to use our experiences in Ecuador as one case study for the class.” 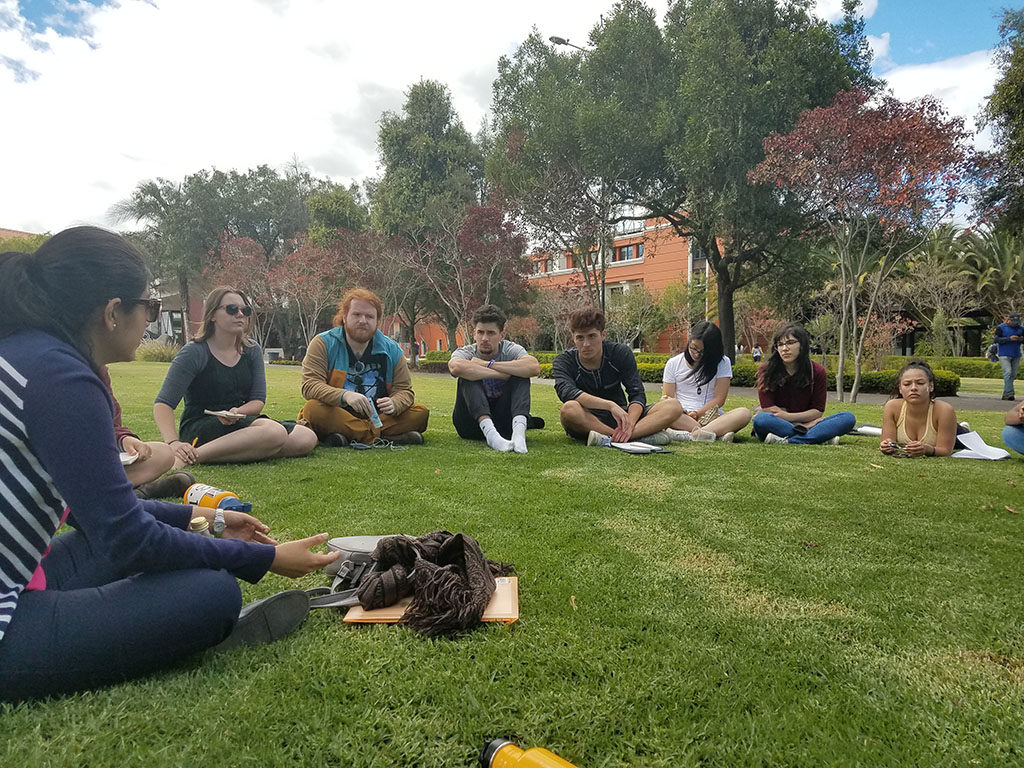 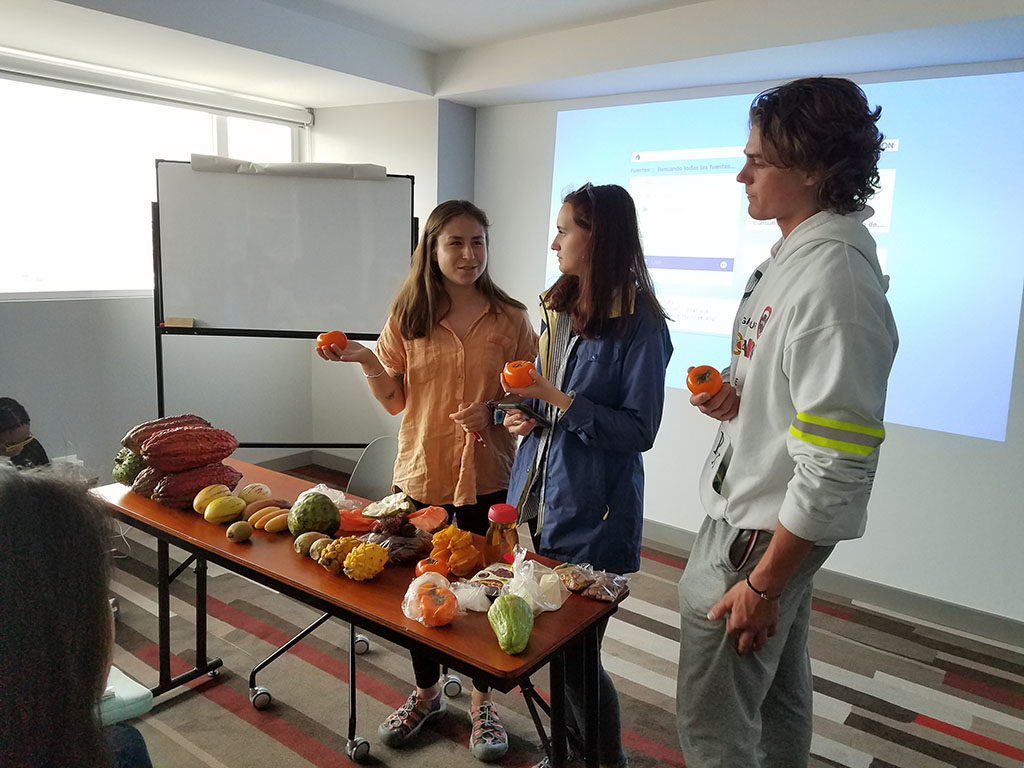 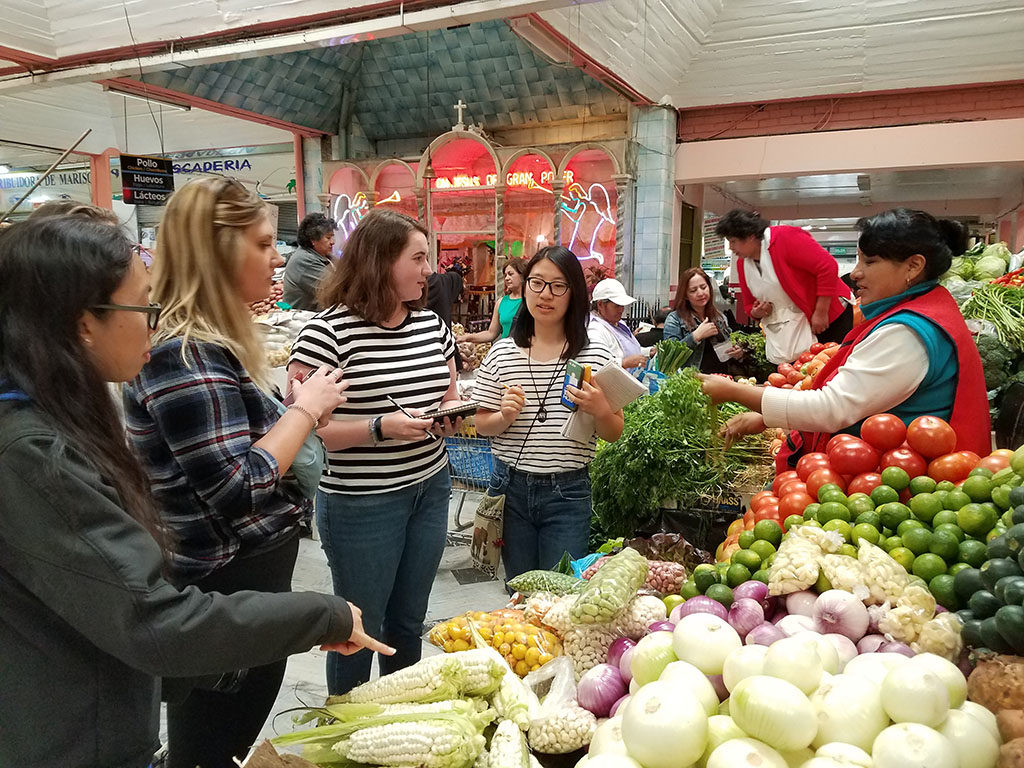 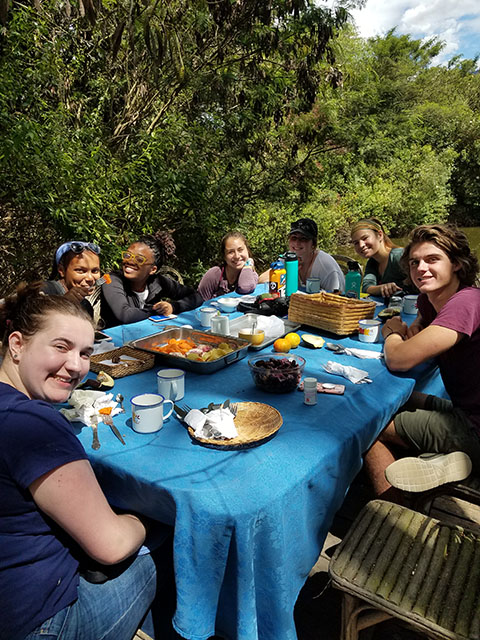 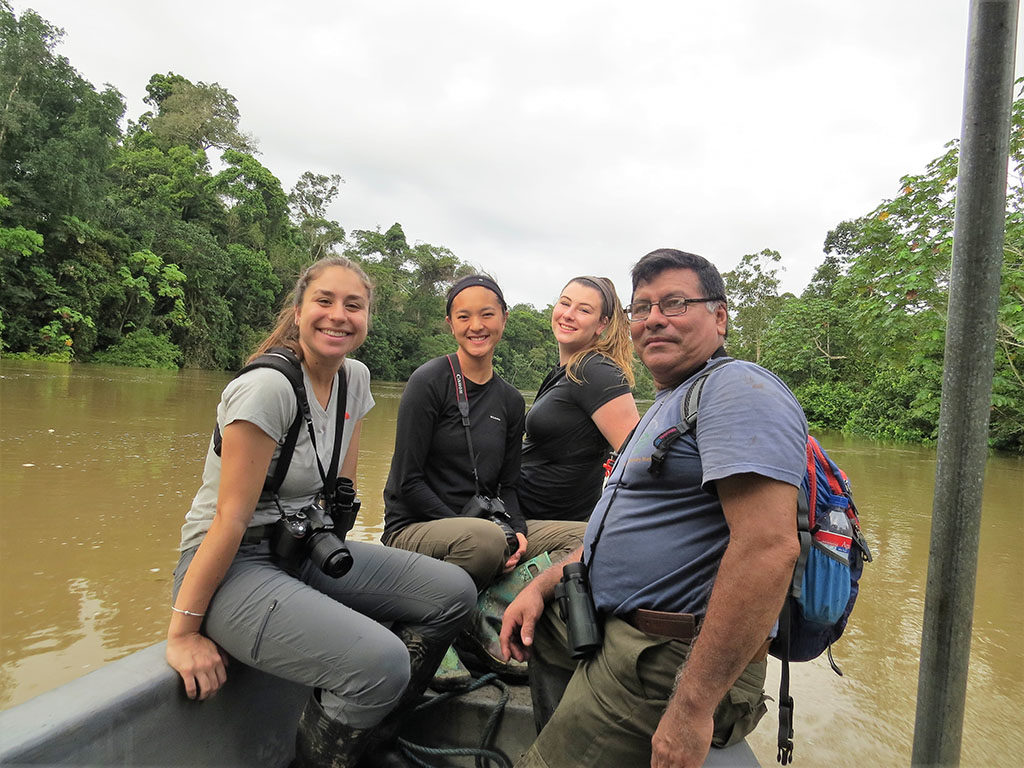 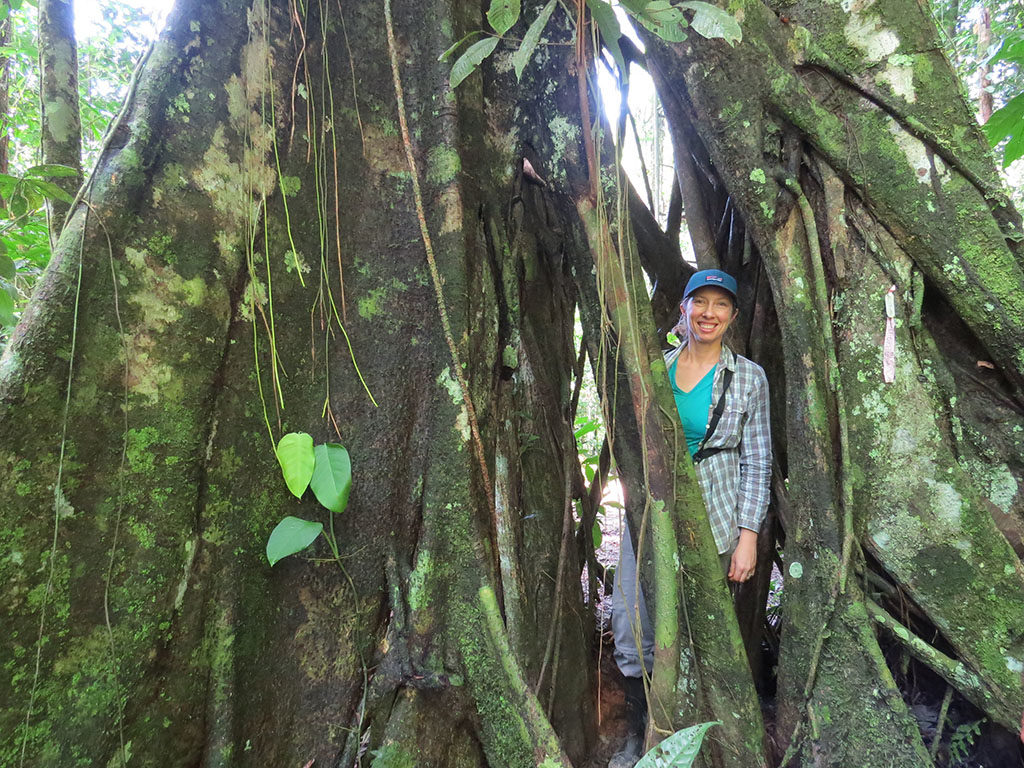 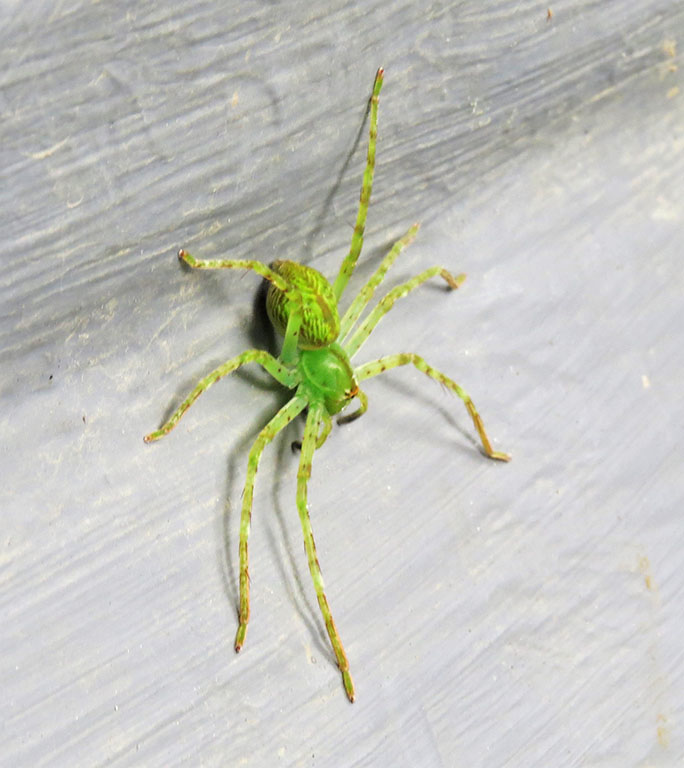 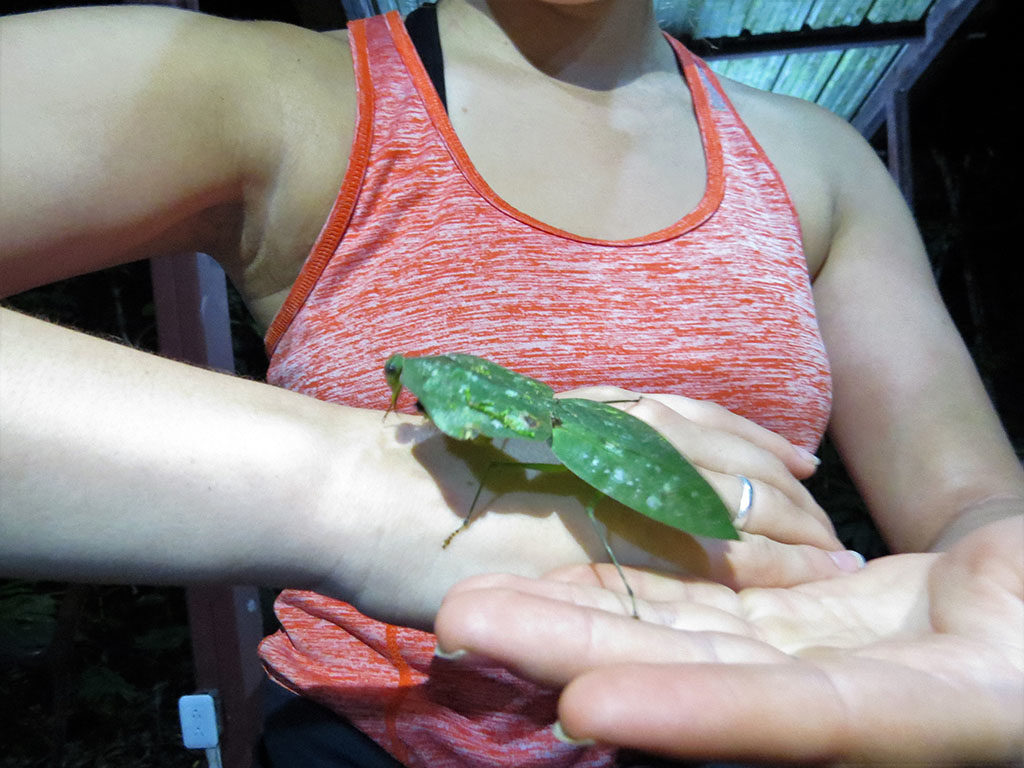 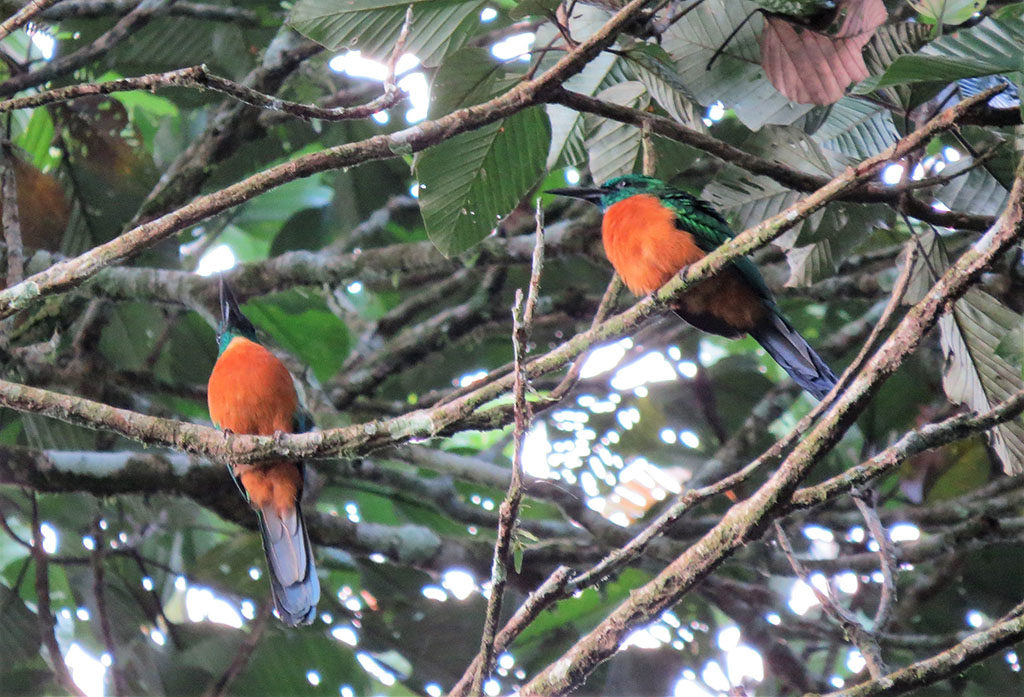 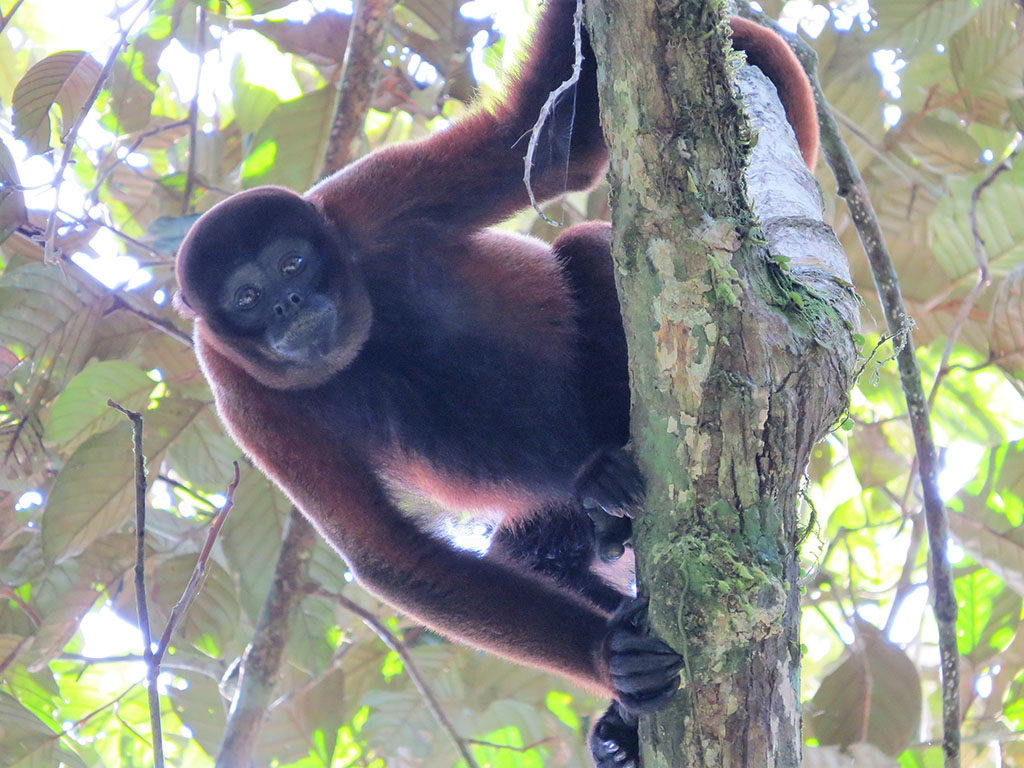 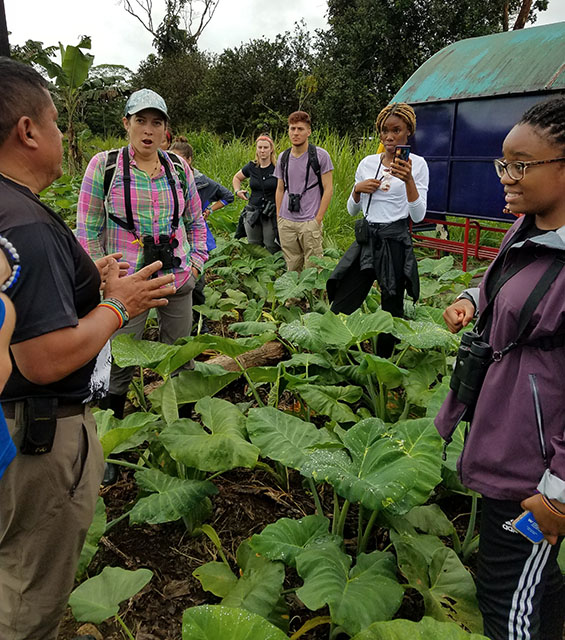 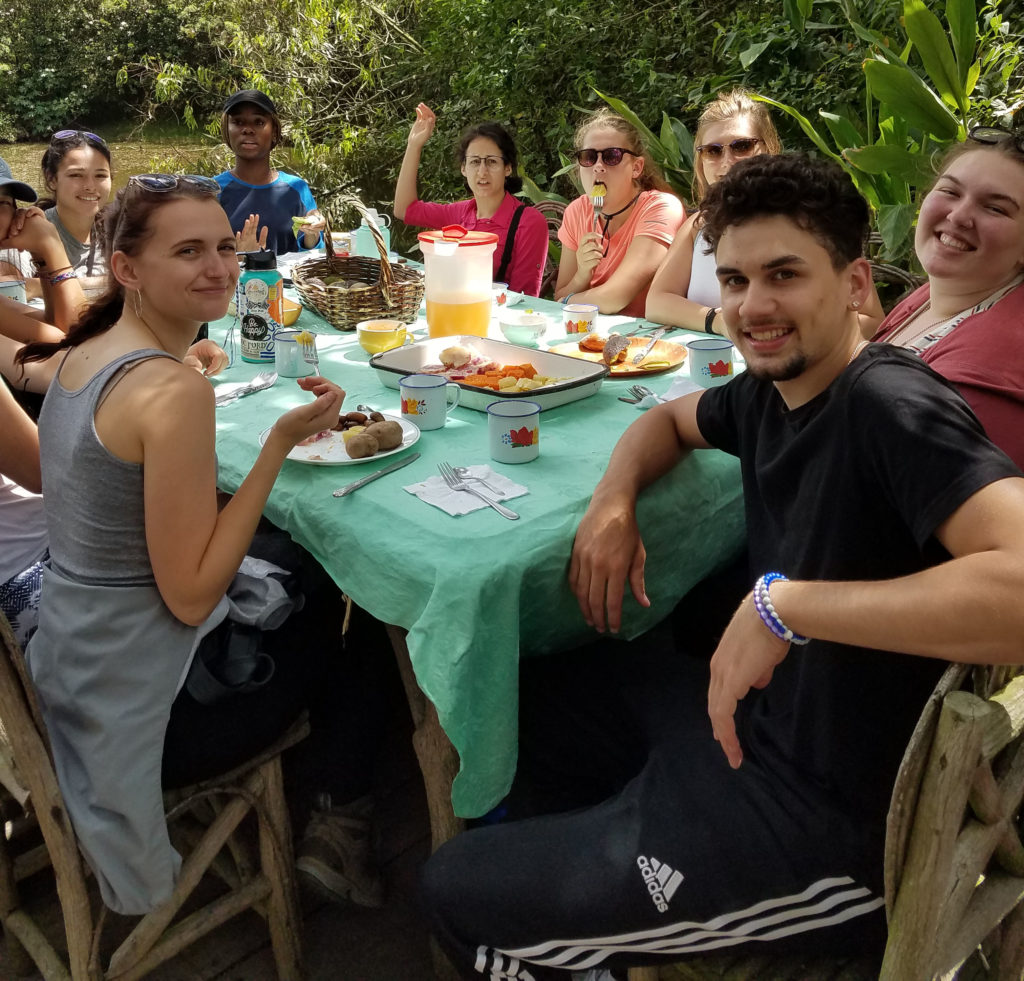