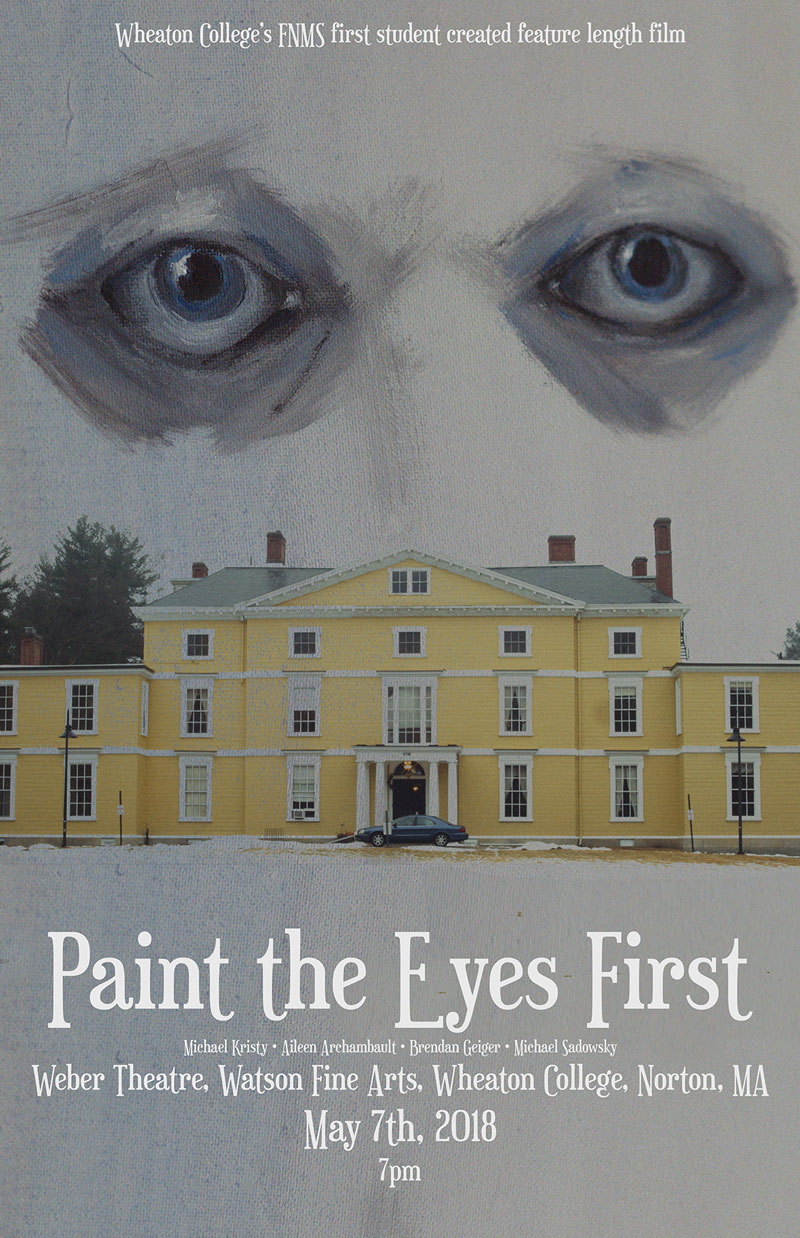 Film & New Media Studies major Michael Kristy premieres his first feature length film, Paint the Eyes First. The film follows James, a 20 year old homeless addict searching for a place to stay for the winter. During his journey he is chased and tormented by his drug dealer, but finds friendship and shelter with a janitor and his wife. The film, which represents Wheaton’s first ever feature film stars Kristy with Aileen Archambault, Brendan Geiger and Michael Sadowsky. The production team included more than 15 Wheaton students, 7 Wheaton faculty and 10 other crew members from around the world. Through this project, writer and director, Kristy, attempts to show opioid addicts in a different light, not as troupes but as people facing a challenge which they are trying to overcome.