Alumni Board of Directors 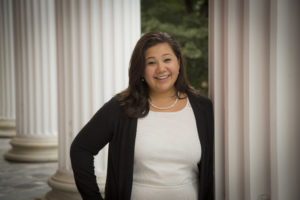 Why I’m Serving on the Alumni Board of Directors:
Wheaton has shaped so much of my life, it helped me personally and professionally. From the friends I am fortunate to know to the profession I’m in, Wheaton has had a lasting impact on who I am today. I’m beyond thrilled to serve alongside other committed alums and to be giving back to a school that I cherish so dearly.

Wheaton Influences:
In one of my meetings with Professor Karen McCormack, she offered to do an independent research project with me on a subject of my choosing. Her willingness to help me to explore my interests pushed me to think outside of the box and try new things. I grew so much during that semester, both personally and academically. The lessons I learned, specifically in that semester, developed the confidence and curiosity, that inform my work as a regional admissions director today.

Fun Fact:
I love cooking and once catered a wedding for 120 people. It was crazy and exhilarating all at the same time!