Students looking for a college want to know that their education will lead to success, and Wheaton graduates are finding exactly that.

How do we define graduates’ success?

Just six months after graduation, 97 percent of Wheaton alumni in the five most recent classes have secured full- or part-time employment, are pursuing graduate/professional degrees or are gaining career experience through internships, fellowships or service opportunities.* 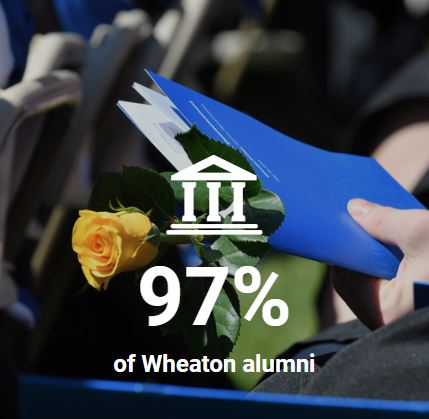 Strong earning power immediately after Wheaton and beyond 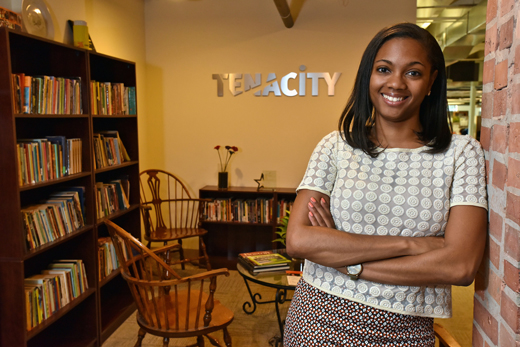 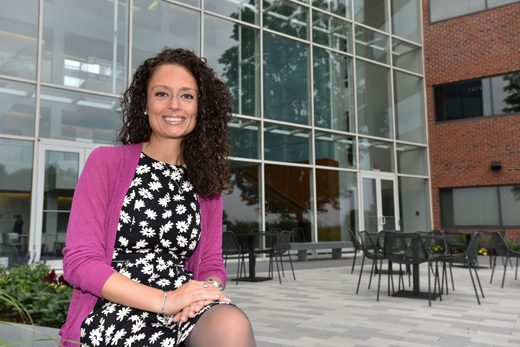 enroll in graduate school within five years of graduating from Wheaton 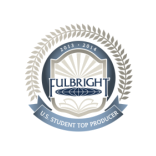 Wheaton students have received more than 250 national academic awards from 2000 through the 2019 academic year, including:

U.S. News and World Report
Ranked #84 overall and #53 best value among all liberal arts colleges and #126 on the guidebook’s list for Top Performers for Social Mobility. 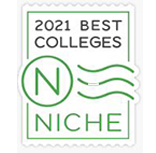 Kiplinger
Ranked #87 among the 282 institutions listed in Kiplinger’s 2019 list of the nation’s Best Value College and Universities.

First-Gen Forward
One of only 157 colleges selected as a First-gen Forward institution, a national honor that recognizes its commitment to the success of first-generation college students.

said their Wheaton education enabled them to think critically and analytically

say your ability to think critically, communicate clearly and solve complex problems is more important than a major 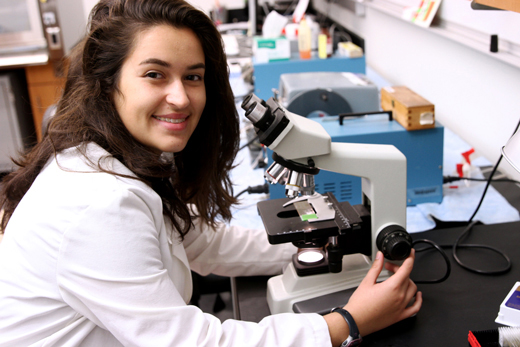 Contributions that make the world a better place

These are a just a few examples of Wheaton changemakers making a social impact locally and globally. 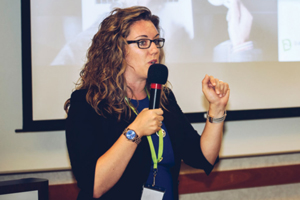 Turning on the power

In March 2018, Katelyn Brewer ’07 and USA gymnast Aly Raisman launched the “Flip the Switch” campaign. This campaign provides free training—designed and created by Darkness to Light—for all adults involved in youth sports. 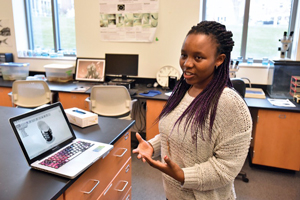 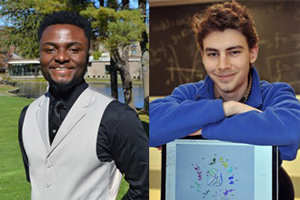 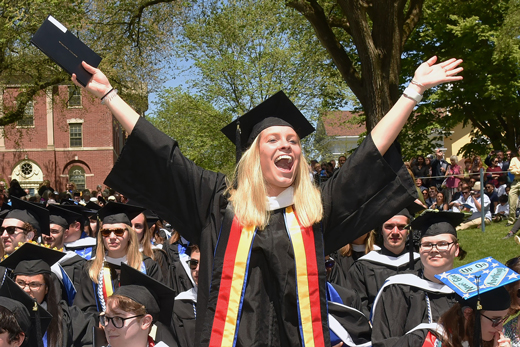 Discover what makes a Wheaton education so valuable.

Juniors and Posse Scholars Melanie Romero and Hana Memisevic have won a 2021 Projects for Peace award for their collaborative project, “Healing for Peace,” to support wartime sexual trauma survivors in Bosnia and Herzegovina.

Wheaton College has been selected as a First-gen Forward institution, a national honor that recognizes its commitment to the success of first-generation college students. Shaya Gregory Poku, dean for equity, social justice and community impact at Wheaton, said the designation speaks to institutional values and reinforces the college’s dedication to diversity and inclusion.

Gabe Amo ’10 continues to excel in his political career. The White House recently announced his appointment as deputy director in the White House Office of Intergovernmental Affairs.