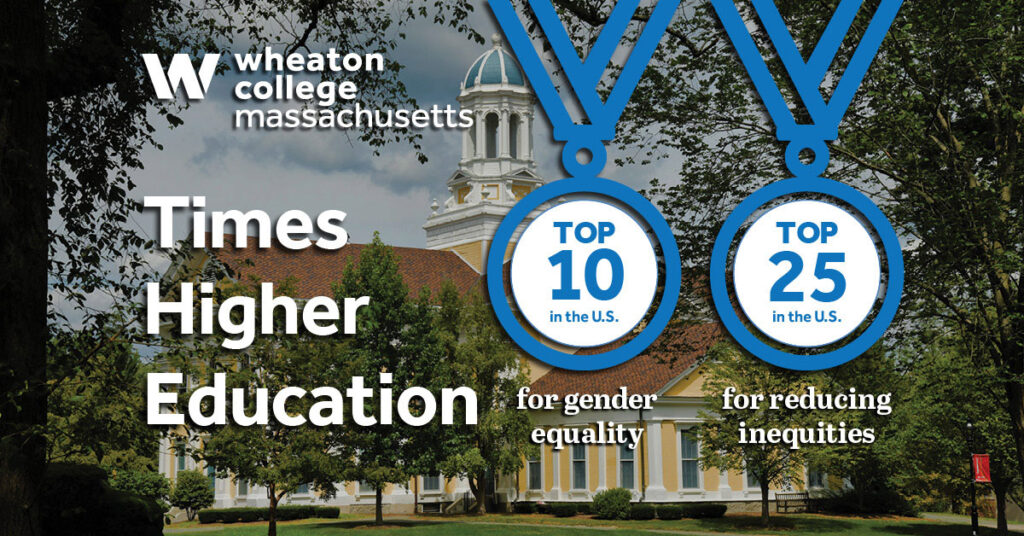 Wheaton is among the top 10 colleges and universities in the U.S. for gender equality and the top 25 for reduced inequalities, according to the 2022 Times Higher Education Impact Rankings released on Wednesday, April 27.

The 2022 Impact Rankings, in its fourth edition, includes 1,406 universities from 106 countries and regions, and are based on comparison across four broad areas: research, stewardship, outreach and teaching.

The rankings evaluate colleges and universities on their success in delivering on the United Nations (U.N.) 17 Sustainable Development Goals, which include no poverty, zero hunger, good health and well-being, and quality education.

Wheaton College’s commitment to gender equality is rooted in its founding in 1834 as a higher education institution for women. The work related to equity, accessibility, belonging, inclusion and social justice is ongoing and ever-evolving.

The Wheaton curriculum emphasizes many of the key issues addressed in the U.N. goals, integrating the study of race and ethnicity and its intersections with gender, class, sexuality, religion and technology in the U.S. and globally across all disciplines.

The Times Higher Education reduced inequalities ranking measures universities’ research on social inequalities, their policies on discrimination and their commitment to recruiting staff and students from underrepresented groups.

In 2021, Wheaton College was recognized as one of the top 15 schools in the United States for gender equality and among the top 25 schools in the U.S. for reducing inequities by the Times Higher Education Impact Rankings.