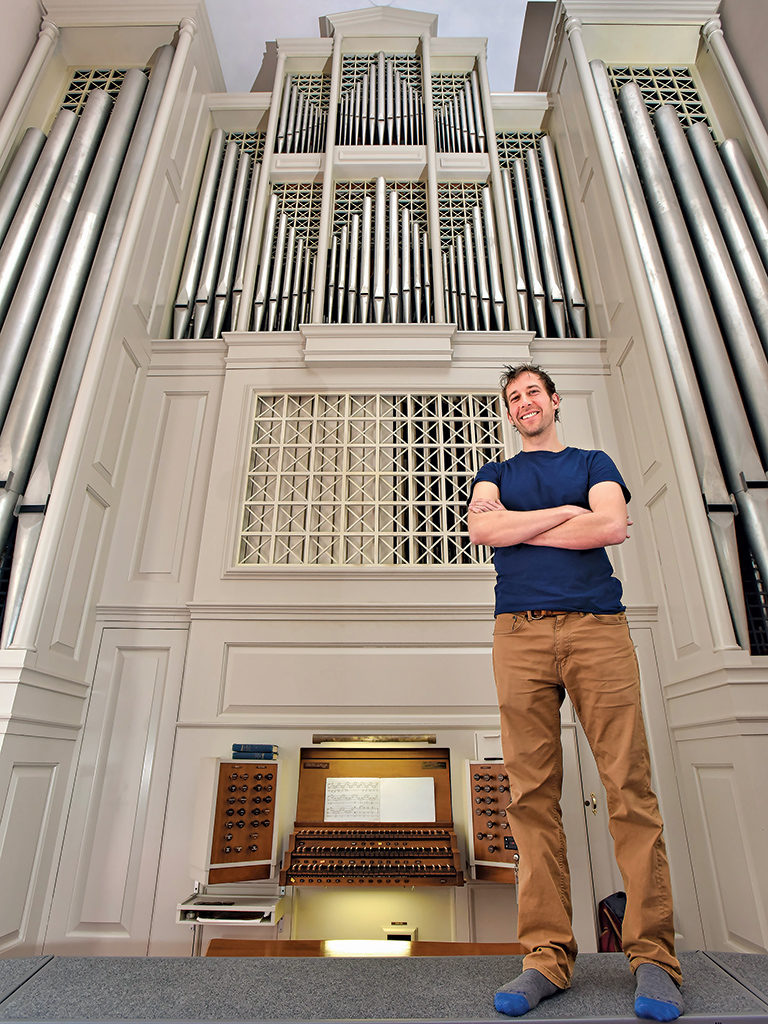 When he was a philosophy major at Wheaton, Elliott Mazzola ’09 often could be found in Cole Memorial Chapel playing the organ in the middle of the night, initially drawing an audience from Campus Safety as his Bach toccatas drifted from the building.

In March, he was back at it again—in his socks, working the pedals and swaying as he played for a small group of professors and friends at 10:30 a.m. Mazzola, who grew up playing the organ at church, was visiting campus while in town to collaborate (as videographer and sound designer) with Professor of English Charlotte Meehan on her Sleeping Weazel production of “The Audacity: Women Speak.”

What a great way to honor the 50th anniversary of the organ.

The Casavant pipe organ was installed in the chapel in 1969, due to the lobbying efforts of Professor of Music and College Organist Emeritus Carlton Russell, and a $100,000 gift from the late Catherine Filene Shouse (Class of 1918), as well as support from other donors. It has 2,600 metal and wooden pipes—some of them 16 feet high, most of them hidden behind the façade—and plays by means of mechanical, rather than electrical, connections between the keys and the pipes.