Joel Relihan was the smallest kid on the block—and the most obnoxious, so it helped that he was also the fastest. He has gotten taller and slower since then; less obnoxious, too, he hopes.
He tells a story about a state science fair he attended in Illinois when he was in eighth grade. It involves science, judging, a startled nun, and a paper airplane. 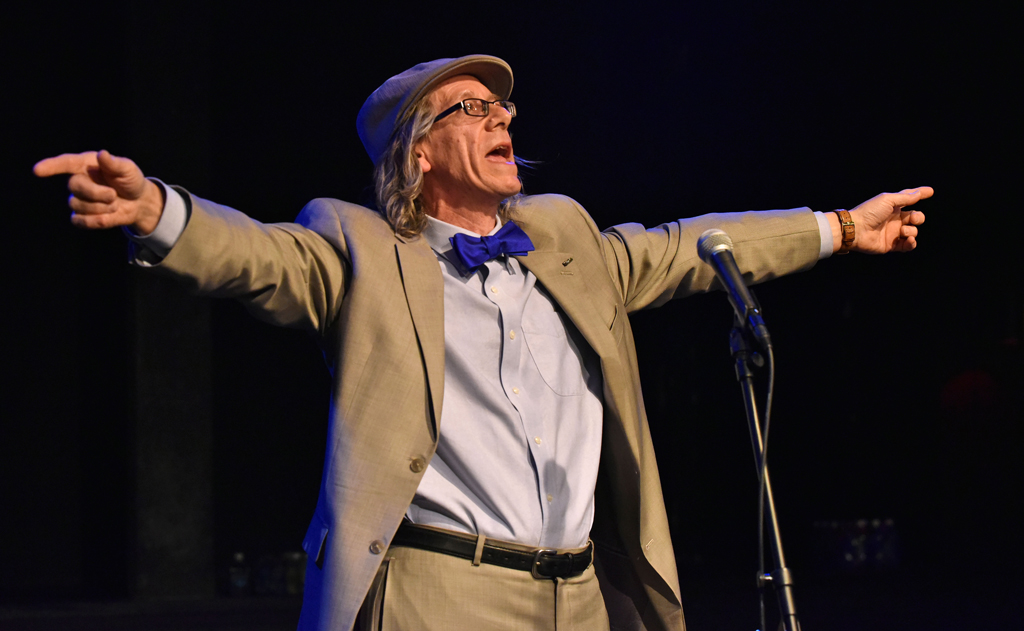 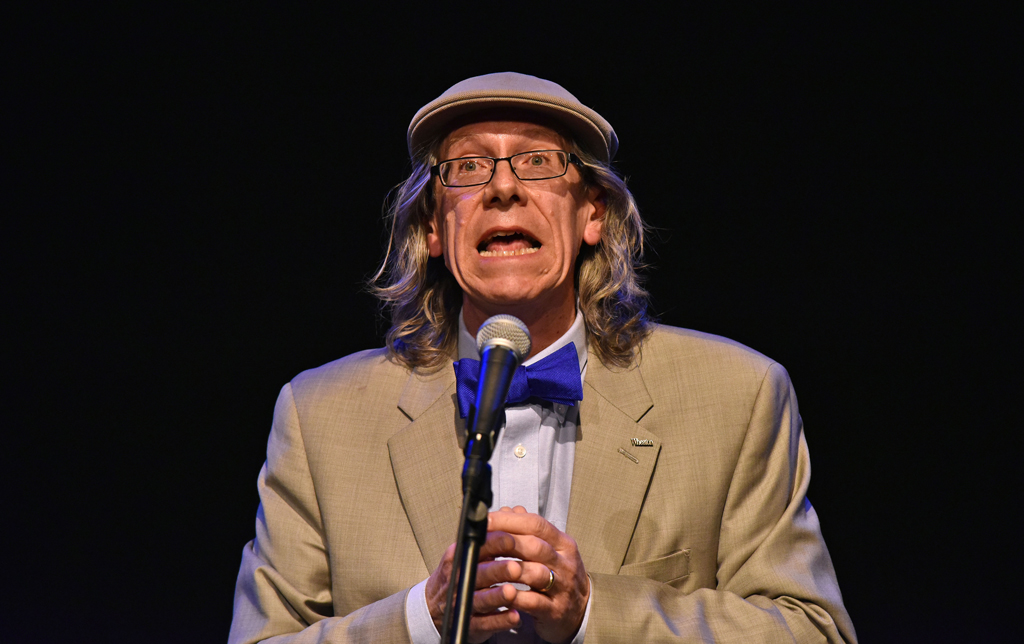 Story Slam, which is sponsored by the May Fellows, invites students, faculty and staff members to share true personal stories in an effort to foster community on campus. Return to main page