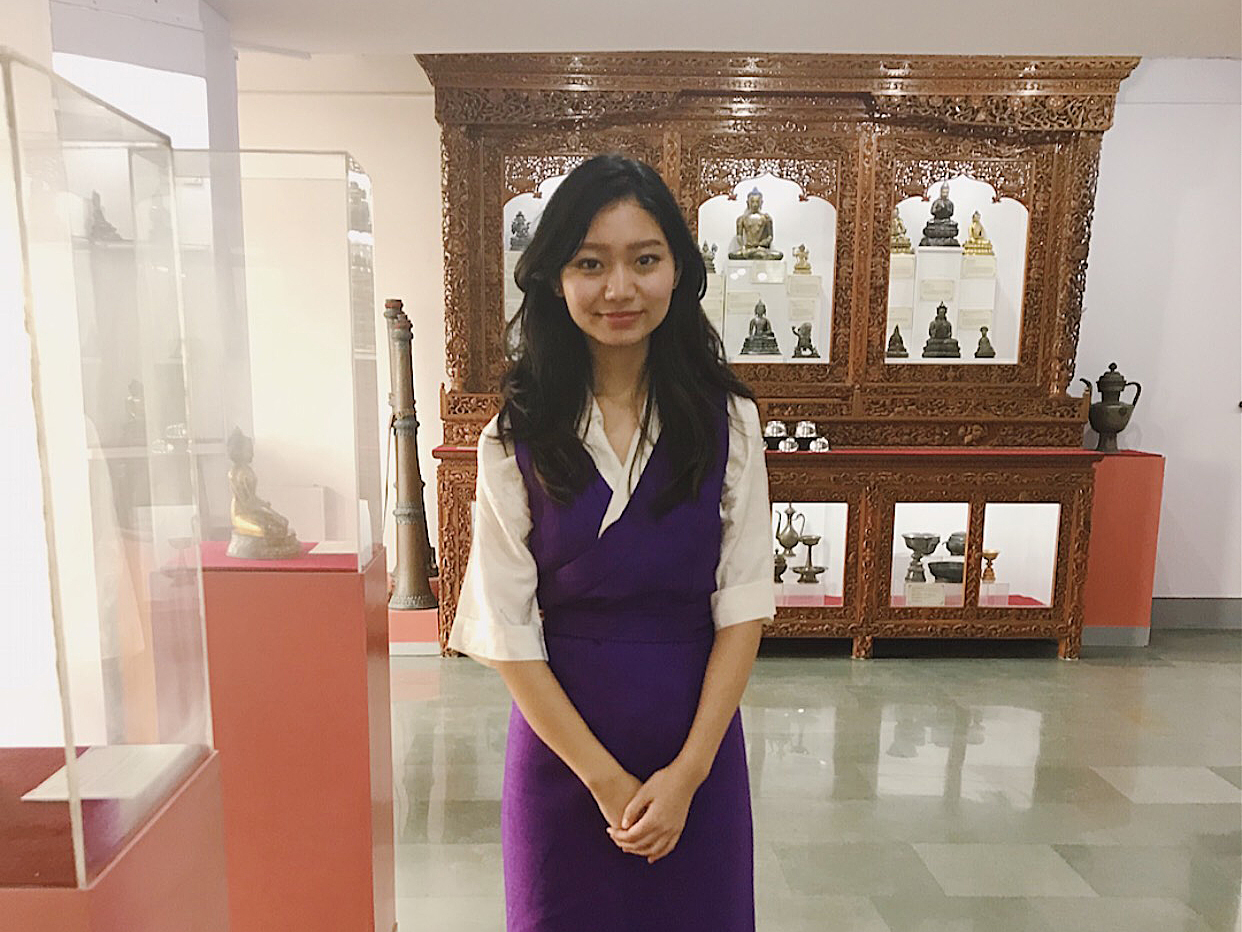 Mission support: “I had previously visited Tibet House during their events, and I really liked their mission and efforts to preserve and share Tibetan culture and foster learning and communication. It inspired me to reach out to them through email and ask them if I could volunteer. After sending in my resumé and having some discussions through email exchanges, I secured the internship.”

Varied duties: “My main responsibility was the transcription of the lectures given by scholars and scientist in the two-day conference on ‘Quantum Physics, Brain Function in Modern Science and Buddhist Philosophy.’ Apart from that, I also looked after the museum in the building. My museum responsibilities included handling ticket sales, sales of museum merchandise and giving tours of the museum.”

Self-driven work: “The most valuable thing I learned in this internship is to put myself out there more and setting personal daily goals at work. The nature of my internship was one which gave me a lot of autonomy to work, and so I realized the importance of setting small daily goals for oneself to accomplish in order to efficiently meet the deadlines.”

Exploring a philosophy: “I took two Buddhism courses, ‘Engaged Buddhism’ and ‘Buddhism: Thought and Action,’ the latter being a 300-level course that focused on Mahayana Buddhism, which is the path of Buddhism covered in Tibet House. I also took ‘Psychology of Consciousness,’ from which I learned the various schools of thought on consciousness and the biology related to the human experience of consciousness. This course is significant, because I want to incorporate my psychology major with Buddhist philosophies.”

Applied psychology: “My career plans are to go into the organizational psychology sector. Through this internship I was able to sit in on interesting lectures regarding Buddhist psychology and philosophy as a way of life. A lot of people have the misconception that Buddhism is a religion about renunciation. However, Buddhism is actually a very practical philosophy rather than a doctrine that reinforces the power of self. I learned through this internship that Buddhist psychology focuses on confronting and understanding one’s mind so that instead of being victims of negative dysfunctional mindset, we can rise above. I think such an approach could be very useful in our modern corporate environment, where the fiercely competitive mindsets often lead to a lot of stress, anxiety, burnouts and isolation on the individual. Therefore, incorporating elements of Buddhist psychology in organizational psychology could bring significant long-term improvements to our way of being.”

Kiki is president of the Asian Students Association at Wheaton. She has served as a teaching assistant in the Psychology Department and as the news and features editor for the student newspaper, Wheaton Wire. She previously completed a psychology research internship at Brown University, in summer 2018.