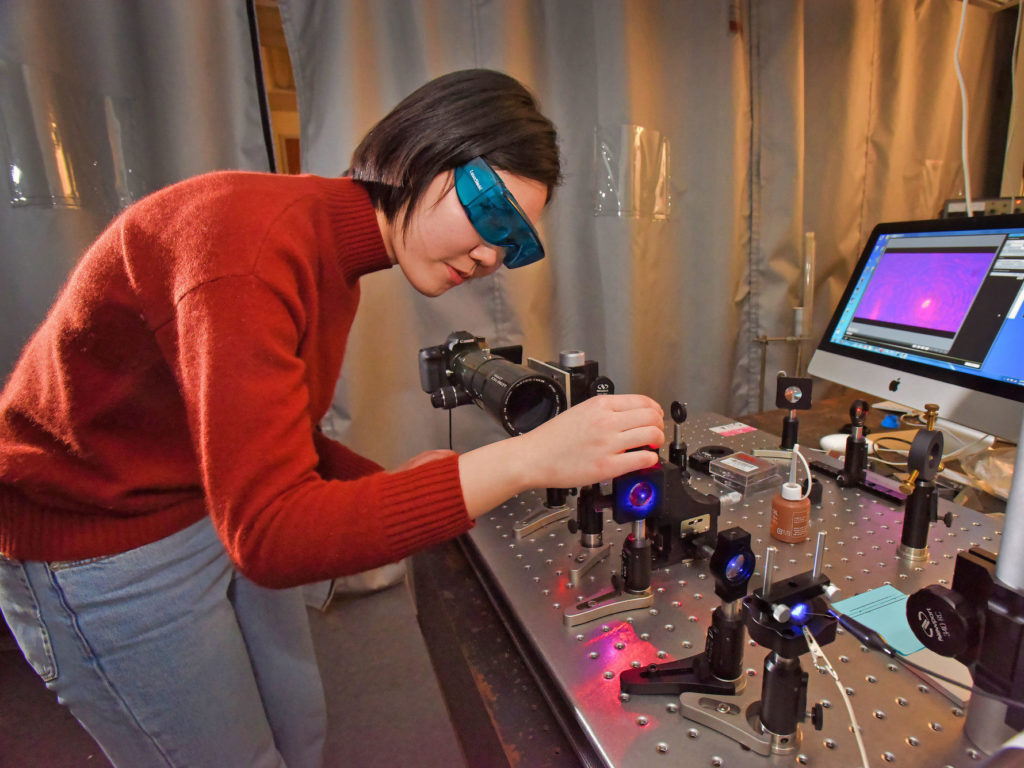 An advanced project: I am working on setting up and using an optical tweezer, which use a very tightly focused beam of light to attract and trap tiny particles. It’s laser technology that has been used in many fields. For example in biology, researchers use it to manipulate particles to study microscopic life.

New possibilities: If this project turns out well, it may be helpful for future students who are studying experimental physics because this instrument could be used for other student research projects that students could do with the optical tweezers. Also, it would allow classes to explore the theoretical concepts that explain how it works and why it works. That would be a great outcome because it’s a growing field.

From theory to experiment: I haven’t done this kind of research before but I think it’s really interesting and challenging. I had an internship during the summer with a research team at the University of Bremen in Germany, but their work was really more in the theoretical realm. I wanted to see how those ideas can connect to actual research so I asked physics professor John Collins for ideas about what I could do here, and he told me about the opportunity to use this equipment and see what I could find.

Making connections: This is a kind of integrated, interdisciplinary project, and it’s allowing me to see how math, physics and computer science join together to support research projects. In many ways, they are all quite inseparable, particularly in the broader fields of physics and mathematics. It depends on what subject you are studying but sometimes it is essential to relate theory to the real world; This has been a great opportunity. I view it as preparation for graduate study.

Focused on the stars: I’m most interested in pursuing astronomy in graduate school so I’m also doing an honors thesis with astronomy professor Dipankar Maitra. Our topic involves studying  the jets that show strong emission lines of a microquasar. The data we are using comes from the Chandra X-ray observatory. We are carrying out a study to infer the spatial variation of physical properties such as composition, temperature, and density at different distances along the jets.

Future plans: Since I also have a math and computer programming background, I would like to do theoretical or computational astrophysics, using programming language to build models and simulate the phenomena in the universe. It’s essentially making a virtual or digital model of the universe. This is interesting because it combines both observational and theoretical aspects of astronomy and physics into one practice and give people a sense of how celestial bodies perform in the universe when we cannot actually see them.

In her spare time, Xinyi is part of a team of students who are using GIS (geographical information systems) to create maps of the Town of Norton’s wildlife preserves. She also is a tutor in calculus, statistics and physics, and she is an avid classical pianist, who likes to practice every day. 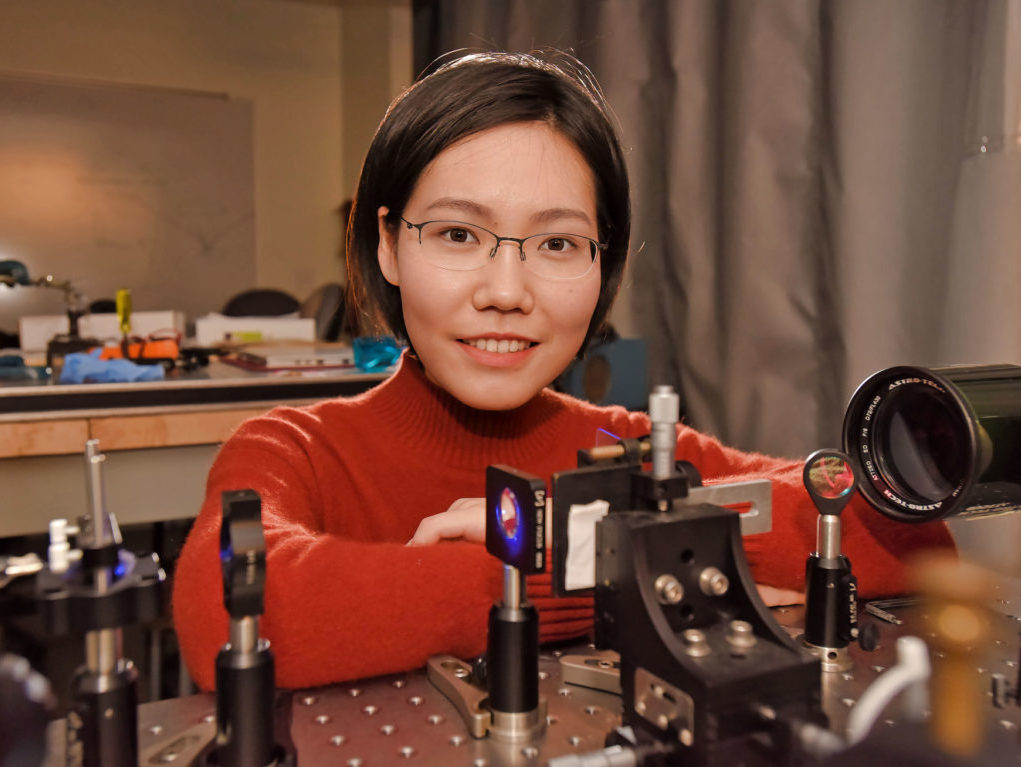