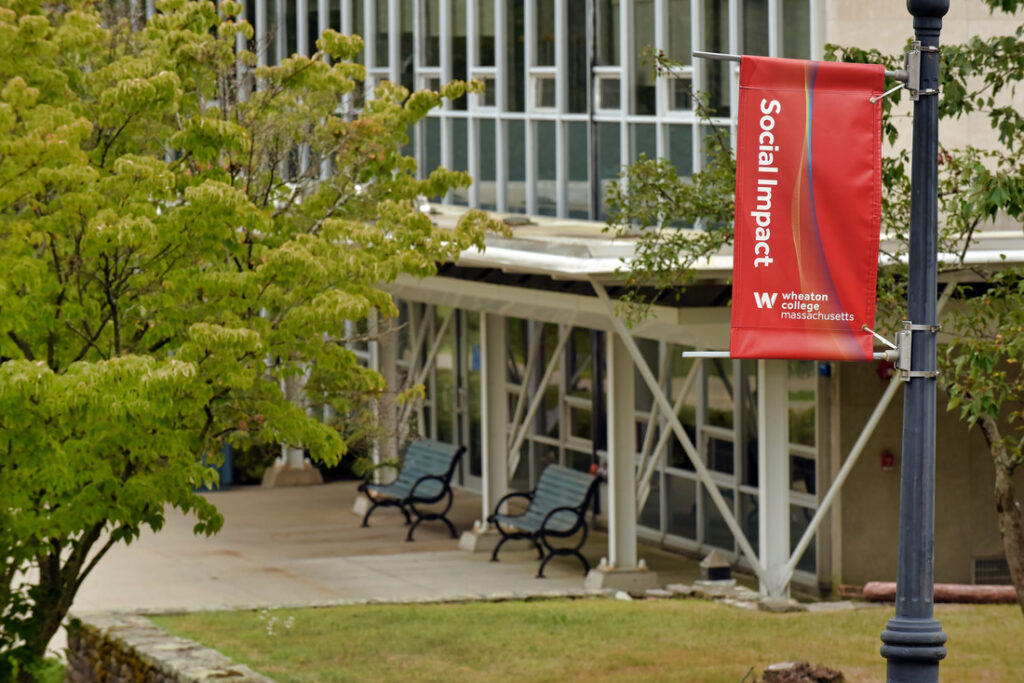 Continuing the ongoing work of building an anti-racist society, many in the Wheaton College community on Tuesday, September 8, and Wednesday, September 9, participated in #ScholarStrike, a national call to faculty, staff, students and administrators on college and university campuses to advocate and show support for racial justice.

Stopping or changing regular work for 48 hours was encouraged as a way to advance anti-racism action, as it allowed for collective reflection and planning.

At Wheaton, a group of faculty members worked together to rally the campus community to engage in meaningful conversations about race, police violence and social justice. They were Professor of English Charlotte Meehan, Professor of Anthropology M. Gabriela Torres, Professor of Mathematics Rachelle DeCoste, Instructor of Music Julie Searles and Associate Professor of Theatre Stephanie Burlington Daniels, who also is co-chair of Diversity, Equity and Access Leadership (DEAL).

Noting that they were inspired by the most recent call for anti-racism work by Provost Renée White’s Opening Convocation speech “If Not Now, When?”, they invited colleagues via email and during a recent faculty meeting to participate.

“We believe that strong faculty support for #ScholarStrike could promote a positive long-term impact on us all, which is why we’re sharing this idea broadly now. With the pain and suffering of our Black and brown communities as they face daily threats to their physical and mental health, and literally to their lives, we believe that #ScholarStrike is one of multiple other ongoing and future ways to show meaningful support,” they stated in the email.

The #ScholarStrike was initiated by Anthea Butler, associate professor of religious studies and Africana studies at the University of Pennsylvania. She was enthusiastically joined by co-organizer Kevin Gannon, a historian and director of the Center for Excellence in Teaching and Learning at Grand View University, according to media reports. Butler, inspired by the Black Lives Matter-related strike started by NBA and WNBA players, put out a tweet calling for a similar action by academics. More than 2,400 scholars around the country committed to participating in #ScholarStrike.

The five faculty members who encouraged Wheaton’s participation put together a Google document full of ideas, quotes, readings for contemplation, and links to resources, including the Marshall Center for Intercultural Learning’s guidance on facilitating small group discussions. They also invited students to share their ideas.

Faculty members were invited to provide opportunities for students to take quiet time to learn about each other’s thoughts through writing, and to think about ways to incorporate more racial justice ideas into their own work and pedagogy. Staff members also were invited to dedicate time to participate in activities related to deep reflection on the racism and violence against Black people in the United States.

Many in the campus community engaged in the effort in a variety of ways.

In Professor of Education Scott Gelber’s “Schooling in America” class, the topic for the day was the school-to-prison pipeline (racist disparities in school suspensions and expulsions). In a semi-formal online session, he and students listened to interviews, looked at the evidence that disproves common misconceptions about school discipline, learned about more equitable and productive alternatives, and had an opportunity to engage in conversation.

Associate Professor of Psychology Kathleen Morgan’s “Learning and Memory” class had a discussion about evaluative conditioning as a type of classical conditioning, with the goal of trying to identify ways in which priming, exposure and classical conditioning could both result in racism and be made to serve anti-racism. In Morgan’s “Animal Behavior” class (a natural science course), she and her students watched the video “The Biology of Skin Color.” Students then created press releases refuting racist ideas of skin color as an indicator of anything other than human evolutionary history.

Instructor of Business and Management C.C. Chapman invited his friends and contacts to talk about the struggles that come with being a Black entrepreneur in America via morning and afternoon Zoom sessions. The campus community (and beyond) was invited to hear from David Dylan Thomas, a Philadelphia-based author of Design for Cognitive Bias; Lucrecer Braxton, a Cincinnati-based marketing consultant and designer; Shawn Lee, a Detroit-based photographer and community builder; and Joselin Mane, a Boston-based social media expert. In a blog post, “Why I’m Taking Part in #ScholarStrike,” Chapman wrote about his inspiration for participating.

Instead of holding class, Assistant Professor of Education Sara Donaldson asked the students in her “Special Education K–12” course to listen to NPR’s Throughline podcast “ADA Now!” and then to share their reactions with her in terms of “aha” moments that are inspiring personal and community action on their part to make Wheaton a more anti-racist and anti-ableist community.

Torres submitted a short lecture titled “The Right to Seek Asylum” in a racial justice context and used her social media to focus on racial justice and violent policing issues. Her lecture is featured on the #ScholarStrike website. She also worked with her class on health discrimination that arises in the context of detention.

“I am participating in the #ScholarStrike because I think it is our job as educators and ethical persons to take a stand and say that police violence and the criminalization of black and other people of color is unacceptable in today’s society,” Torres said.

DeCoste assigned readings and held discussions on predictive policing from a mathematics perspective. She also provided a resource list of videos and articles, as well as links to profiles of Black and Latinx and Hispanic mathematicians.

“Too often those of us in STEM think that our colleagues on the other side of campus are better trained to have discussions about race and racism with their students. We like to think that our disciplines are ‘pure’ and that biases don’t come into them—in particular pure mathematics,” DeCoste said. “But it’s time we start engaging with the material to question that. And while I don’t have training in talking about race and racism, by not doing it I feel like we’re doing a real disservice to our students.”

“Becoming an anti-racist community means tackling the racism that is in each of our disciplines,” DeCoste said. “I think that I’ve questioned a lot of my practices in the classroom and have altered them to be more inclusive, but now we must also think about the material presented.”

Searles assigned materials to students in her “World Music: Eurasia” class to view and consider, including the work of Daniel Alexandre ’19. In spring 2020, Alexandre debuted a song on YouTube that he wrote and produced, “What We Say,” which addresses violence against Black people. (Tessa DeLuca ’19 also is on vocals.) Professor of Music Matthew Allen wrote a blog post about Alexandre and the timeliness of the song.

Searles also asked her students to voluntarily contribute reflections to a forum and offered to have informal discussions with them about issues of race-based brutality and injustice.

“The #ScholarStrike is a chance to begin this year with a collective effort to focus our work toward becoming a fully anti-racist institution,” Searles said. “This is a top-tier commitment for us. We will continue to move this effort forward. No turning back now. There’s a lot of work ahead.”