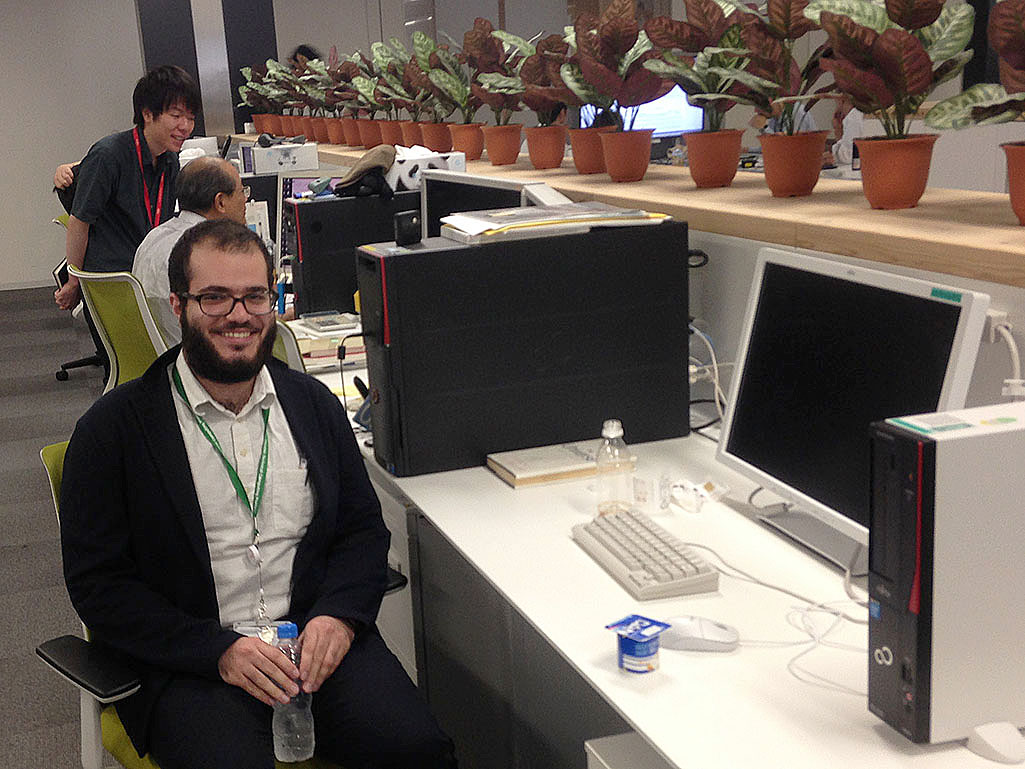 Jaber worked in a different division each week, completing a variety of tasks, including writing computer script, running electrical simulation and testing, and conducting market research.

He learned about the many ways that AI can be used, how to manage some of these systems, and about the role of game theory and negotiation in business.

“I am interested in eventually studying in the field of nuclear engineering, which involves a lot of computer modeling and simulation, in addition to the physics and chemistry involved,” Jaber said. “My time at FATEC involved a lot of computer modeling, which can help in modeling reactors and thermal simulation to make sure that the setup or design does not overheat and cause a meltdown.”