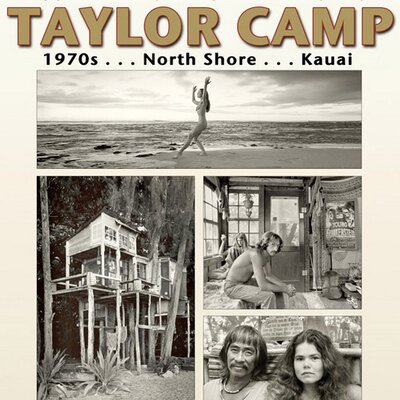 In 1969, Howard Taylor, brother of actress Elizabeth, bailed out a rag-tag band of 13 young Mainlanders jailed on Kauai for vagrancy and invited them to camp on his oceanfront land in Haena. Soon waves of hippies, surfers and troubled Vietnam vets found their way to Taylor Camp and built a clothing-optional, pot-friendly tree house village at the end of the North Shore road. In 1977, after condemning the village to make way for a State park, government officials torched the camp leaving little but ashes and memories of the best days of our lives.

1970s photos and rare historic footage reveal a community that rejected consumerism for the healing power of nature. The film tells the story of Taylor Camps seven-year existence through interviews made 30-years later with the campers, their neighbors and the Kauai officials who got rid of them.