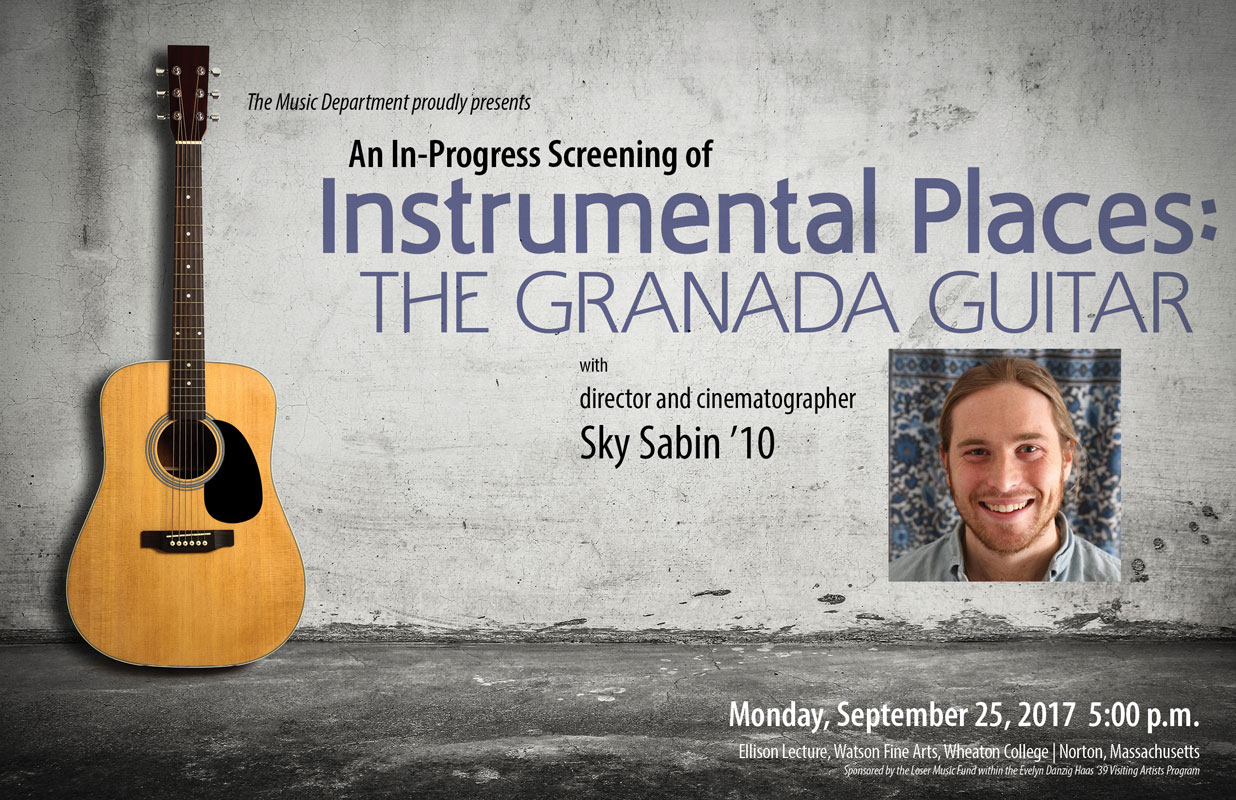 This documentary film follows luthier Stephan Connor as he builds two guitars and immerses himself in the mystical city of Granada, Spain. Guitar builders in Granada have long influenced the evolution of the instrument. With help from local, rising star guitarist Pablo Giménez, Steve experiences the true soul of the city—witnessing flamenco performances in the ancient caves of Sacromonte, wandering the halls of the Alhambra and meeting with local luthiers. Join former music major Sky Sabin for a Q&A following the film.