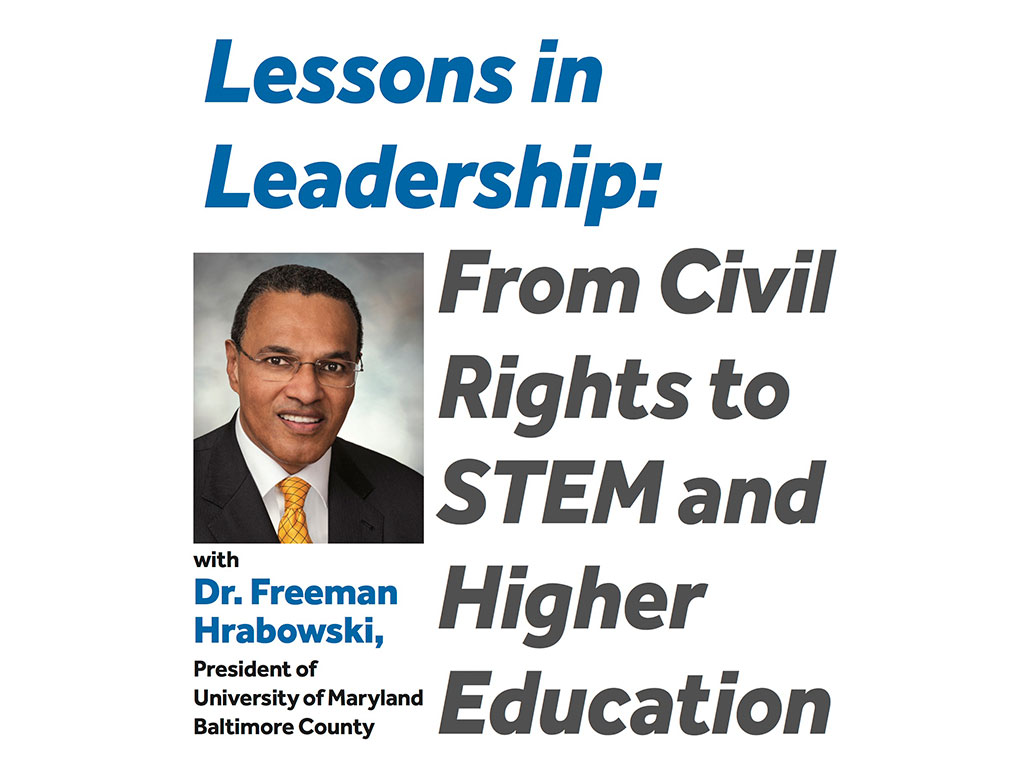 Lessons in Leadership: From Civil Rights to STEM and Higher Education, with Dr. Freeman Hrabowski, President of UMBC

Renowned educator Freeman Hrabowski will talk about how the civil rights movement of the 1960s and his role as a child leader during that time has influenced his career as a scientist, scholar, educator and national leader for higher education.

As president of UMBC since 1992, Hrabowski is credited with leading that institution through a remarkable transformation from a regional institution into a national university known for its innovative curriculum and focus on academic achievement. The institution has won acclaim for its track record in graduating more underrepresented minority students who go on to earn doctoral degrees in the math and sciences than any other university in the nation.

Named one of the 100 Most Influential People in the World by TIME, Hrabowski was appointed by President Obama to chair the President’s Advisory Commission on Educational Excellence for African Americans.

He has been honored with the U.S. Presidential Award for Excellence in Science, Mathematics, and Engineering Mentoring, and he holds honorary degrees from more than 20 institutions – from Harvard, Princeton, and Duke to Haverford College, Harvey Mudd College and Wheaton College.

This event will be available via webcast by tuning into Wheaton’s Livestream channel or by visiting the college Facebook page.