Robe a l'Anglaise of the Duchess of Choiseul 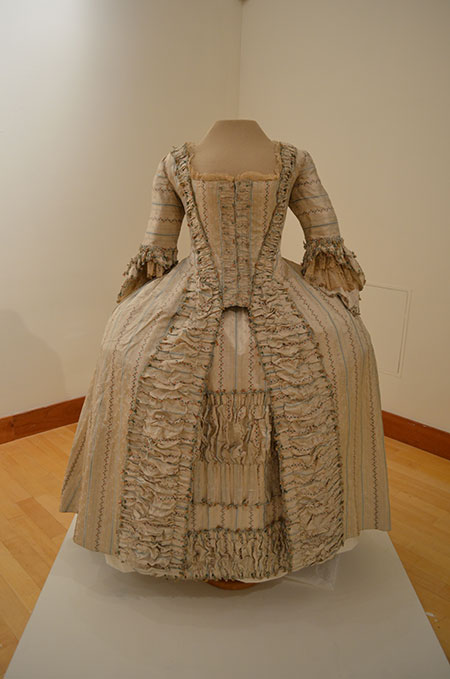 Step up to the dress. Really look at its detail. The lace in particular is incredible. Now imagine the young Duchess, Louise Honorine Crozat wearing this dress to a ball at Versailles during the reign of Louis XV, just prior to the French Revolution. The Duchess was known to be a hopeless romantic. Her story is one of both heartbreak and happiness. Infatuated with Etienne-Francois de Choiseul, the future Duke of Choiseul, Louise Honorine stood by as her married sister, the Duchess of Gontaut, also fell in love with him. Her sister, already married to the Duke de Gontaut, gave birth to an illegitimate heir, as her husband was infertile. The Duchess died shortly after childbirth, as did the child. Before dying, however, she asked Louise Honorine to marry Etienne Francois, to ensure his financial stability with her dowry, which was far greater his net worth. While Etienne Francois was unfaithful to Louise Honorine, she tried relentlessly to retain her husband’s love, eventually winning his respect. She did all that he asked, worked in her husband’s favor, and produced male heirs. Years later, when Louise Honorine fell ill, Etienne realized his error, flew to her bedside and apologized for taking her for granted. Louise Honorine, miraculously recovered and the Duke and Duchess lived happily ever after, until his death in 1785. Although in remarkable condition, given its journey from 18th century France to 21st century Massachusetts, the costume needed cleaning and minor repairs to ensure its stability. It was conserved by Museum Textile Services, a conservation studio based in Andover, MA. The Wheaton College Friends of Art supported the treatment through the Ann H. Murray Art Conservation Fund, and Gabriella Ferreira and Michelle Drummey, both Class of 2012, assisted with the work. 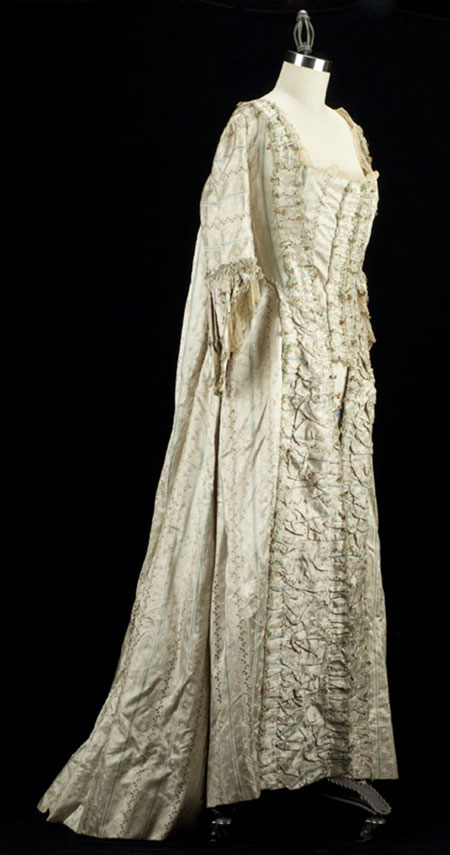 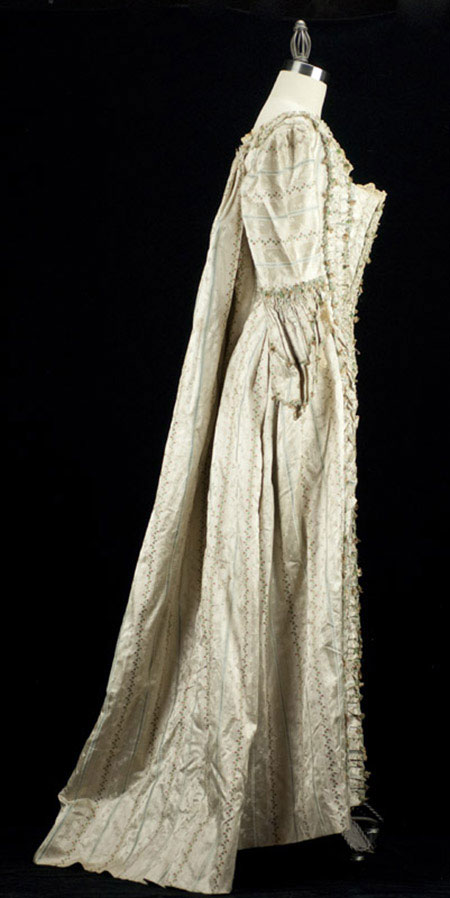 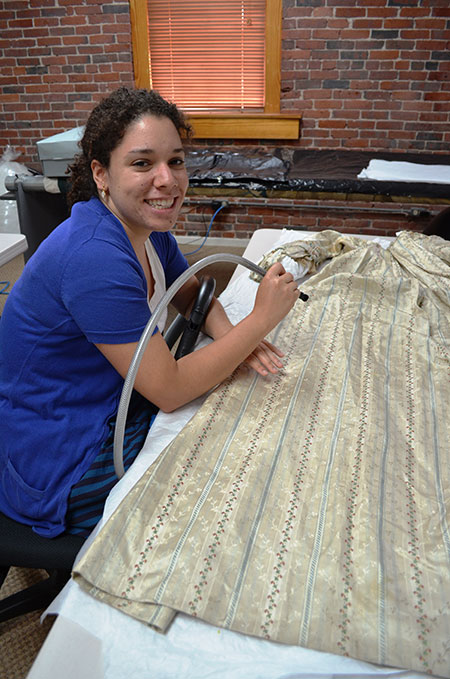 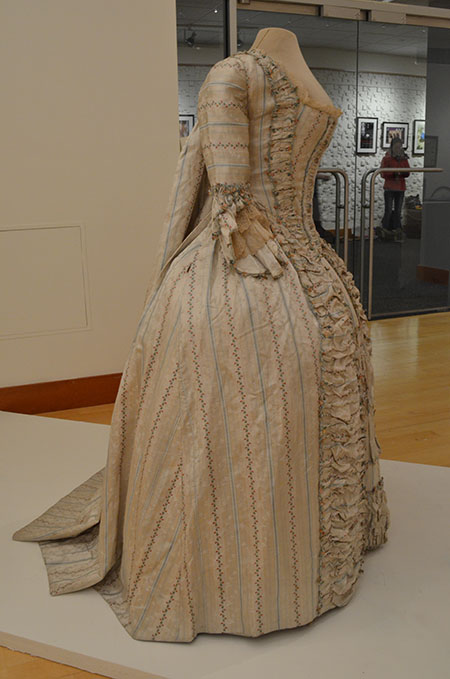 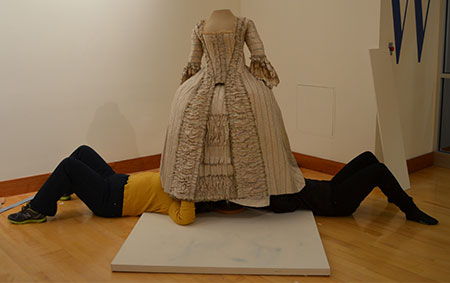