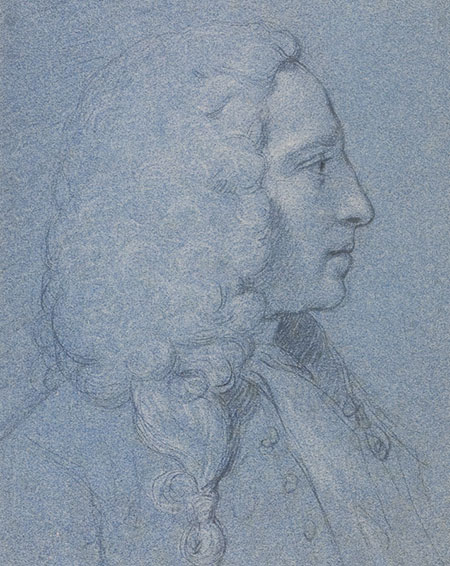 Provenance research by Sophia Boullier, Class of 2015William Hoare was born in Bath, England; and after a period of study in London and Italy, he decided to return to his native city to pursue a career in portraiture. For much of the 18th century, Bath was among the most fashionable meeting places of the aristocracy and gentry, which provided Hoare with a steady stream of patrons. He enjoyed a pre-eminent position in the city until Thomas Gainsborough, another famed portrait and landscape painter, established himself there in the 1760s.

Robert Dingley (1708-1781) appears to have met Hoare in Italy and the two men became friends. Dingley was a wealthy merchant with business interests in Russia and was a well-known philanthropist. In 1762, Hoare presented a three-quarter length portrait of Dingley to the Magdalen Hospital, which Dingley had founded. It is believed that this drawing may have been a preliminary sketch for that portrait.