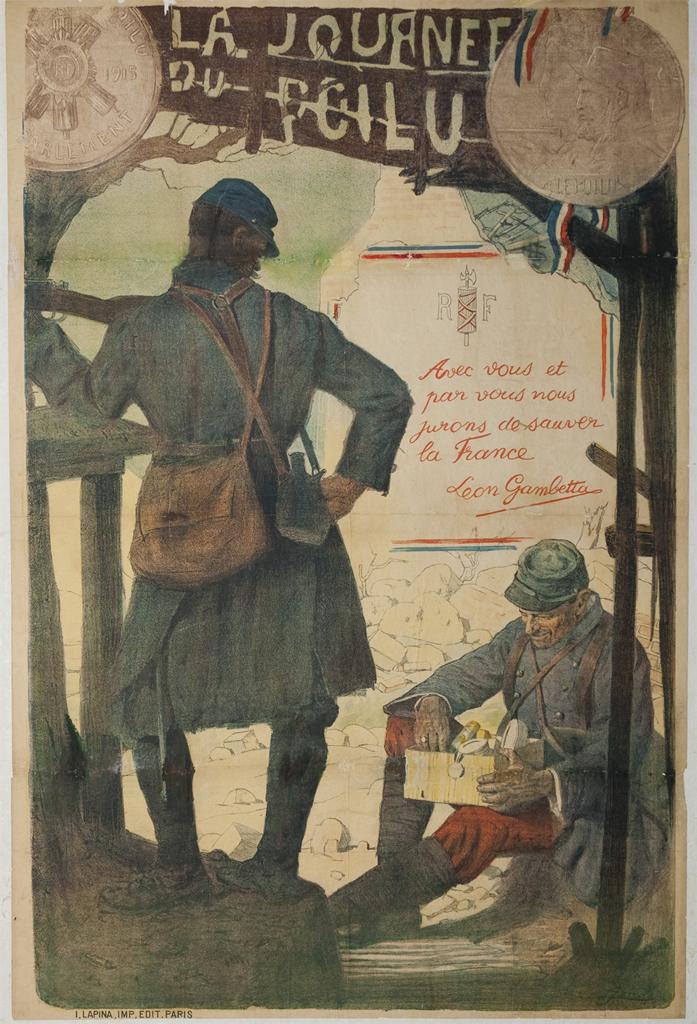 As part of my work-study employment as a Collection Assistant, I was asked to inventory and catalogue Wheaton’s collection of WWI posters.  This example is what is known as a “found-in-collection” object, as it lacked a clear provenance, or history of ownership. Given that the other posters in the Permanent Collection were donated either by Alice C. George or by Gertrude C. Bray, it is likely that the poster came from one of these women, but we do not know for certain.

Like most French propaganda posters at the time, the original poster urged members of the public to buy war bonds. Instead, this poster features a quote allegedly by Victor Hugo, although no evidence can be found for this attribution. Images were often reused in propaganda posters, however, it is unclear why the pseudo-Hugo quote was chosen. Presumably, it was selected to instill a sense of nationalism through the words of a celebrated and prolific French writer. The text can be translated as, “…This is our azure sky, these fields are our land and that is the Alsace-Lorraine. This is Us!” The slogan refers to the return of Alsace-Lorraine to France, which Nazi Germany had claimed because of its German heritage and dialect.

The artist Jean Jaques Waltz, who used the pseudonym “Hansi”, spent most of his life creating books and artwork that celebrated his home region of Alsace and criticized Germany. He was born in the Alsatian city of Colmar and started working as Hansi in 1907. During the World War II, he caught the attention of the Germans; and in 1941, the Gestapo caught and beat him so severely that he remained weak until his death in 1951. To this day, Waltz’s artwork and books remain a prominent part of Alsatian history and folklore.

Selections from Wheaton’s collection of French World War I propaganda posters have been featured in two student curated exhibitions. Société Française de Secours aux Blessés Militaires (above left) was featured in 100 Years 100 Objects in Fall 2012, and Marne Yser Somme Verdun – The Dawn (above right) was featured in Tracing the Thread in Fall 2014. That same semester, Professor Claire Buck used Journée Serbe (above center) for a digital humanities project in her First-Year Seminar Shadows of War. 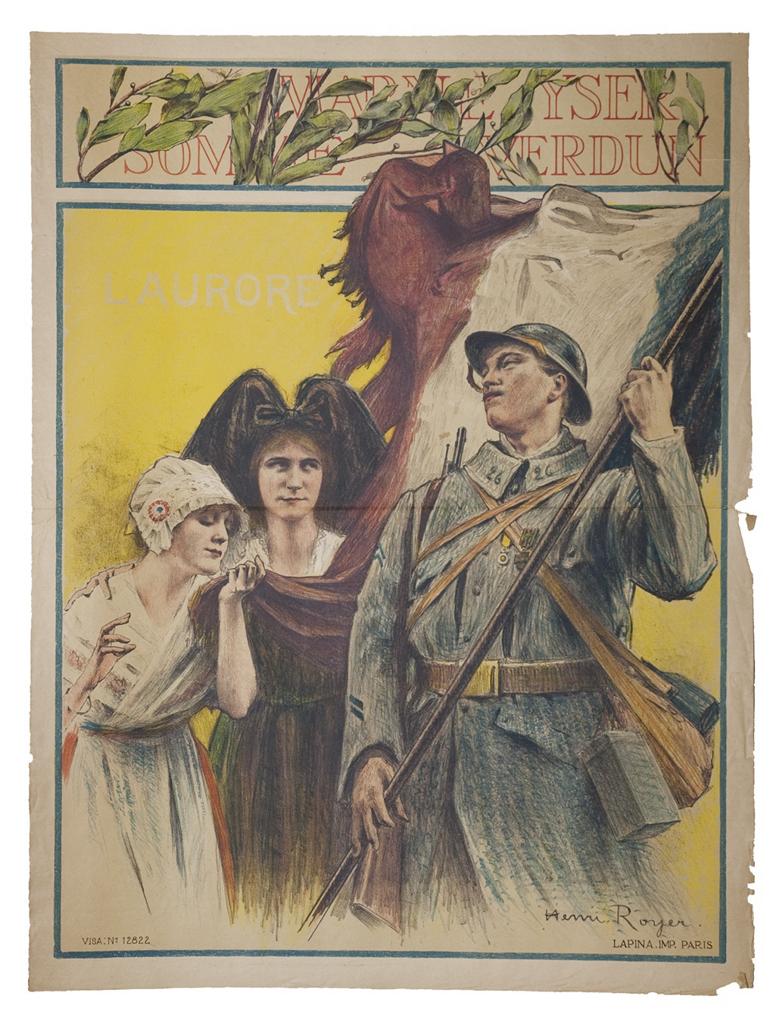 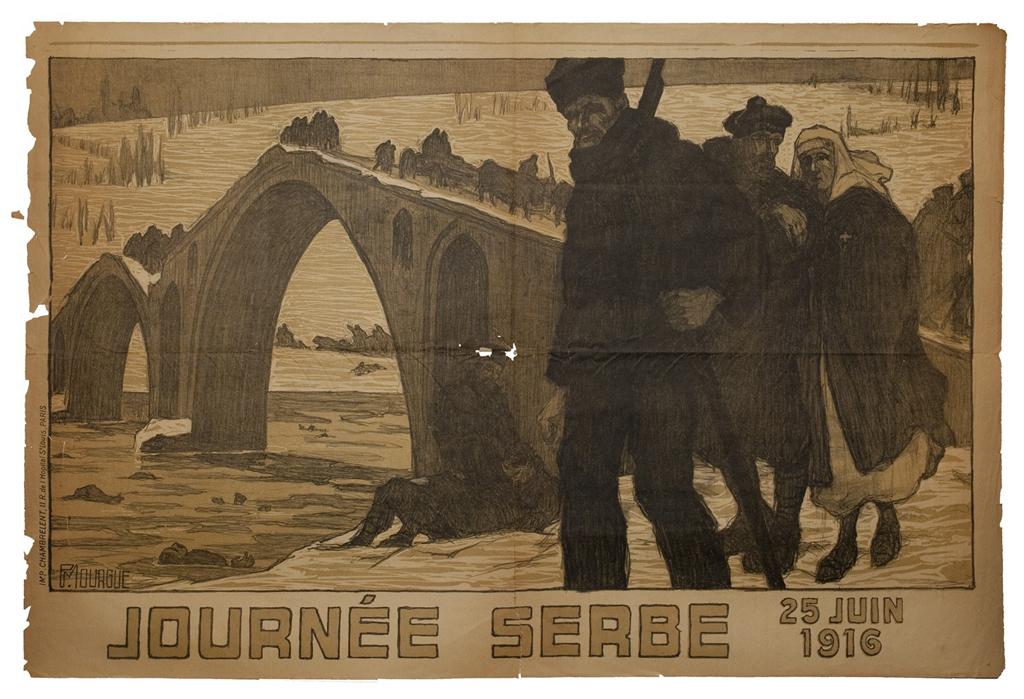 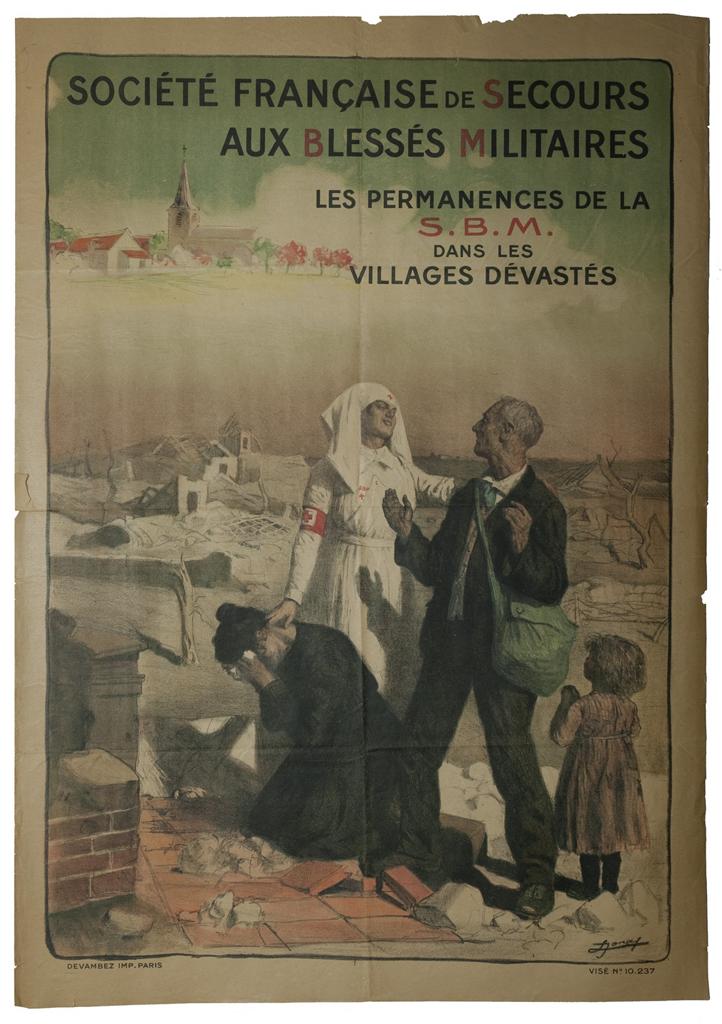