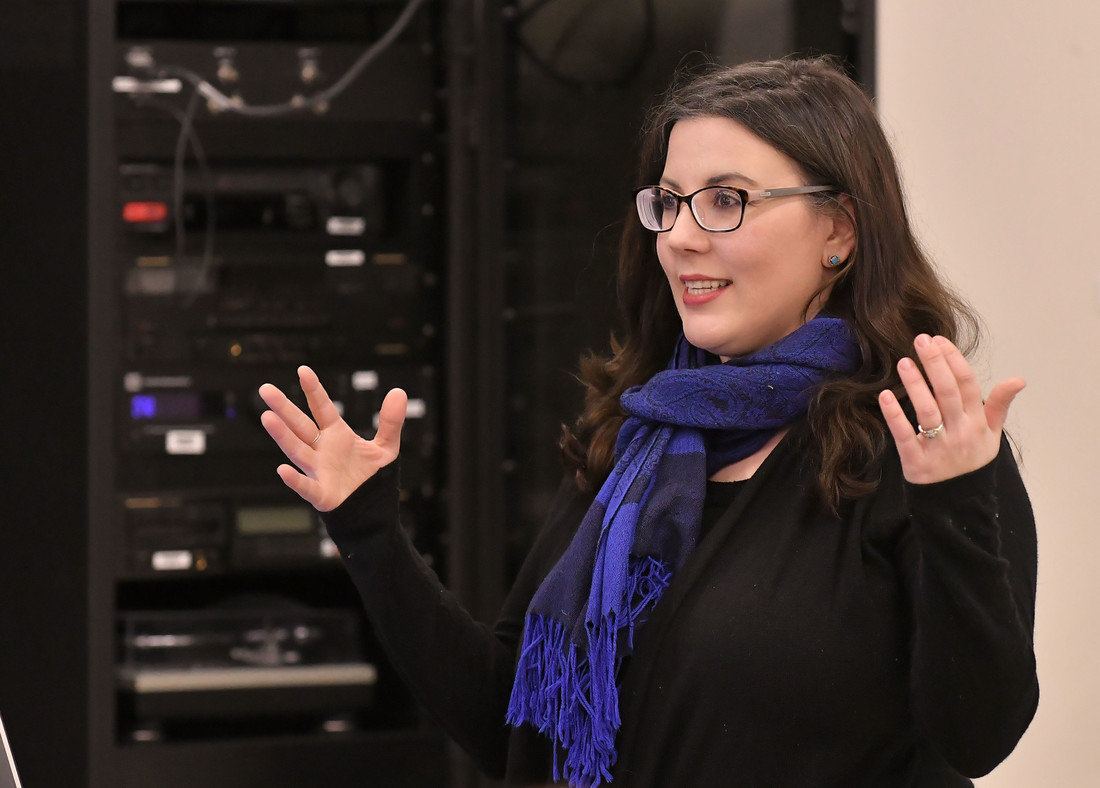 As a musician who loves learning languages, Amanda Daly Berman ’03 came to Wheaton thinking she would study music, French or international relations. Upon arrival her curiosity led her on a path that united all of her interests and inspired a career in academia.

“One day my freshman year I saw a poster with [Professor of Music] Matthew Allen holding a tambura and I thought ‘what’s that?’” she said.

Intrigued, she began taking music courses from Allen and Julie Searles, instructor of music, and increasing her proficiency in French, German and Spanish through language courses and extracurricular activities. Ultimately, she discovered a passion for ethnomusicology, the study of music in culture, which combines the fields of world music and anthropology.

Berman, with guidance from her advisor, Allen, and other professors, became the first of several students to pursue an independent major in ethnomusicology. She went on to receive her Ph.D. in ethnomusicology from Boston University, where she studied the digital music consumption of the Cape Breton (an island of Canada known for its strong musical traditions) population in the greater Boston area.

In fall 2018, Berman (a singer, pianist and fiddle player) came full circle when she returned to Wheaton to teach the course “World Music: Eurasia” as a visiting assistant professor.

She taught students how listening to music is not just pleasing to the ear but a gateway to understanding another’s culture.

With that in mind, she encouraged students to attend a variety of campus events—including a Latino Student Association-organized concert and Diwali, a Hindu festival that was celebrated on campus in November. Students also visited restaurants featuring live music and checked out Korean pop music online.

“One of the main goals is to build critical thinking skills by analyzing the music we hear. The course looks at how contemporary relations, changes in instruments and musical traditions—and even politics—affect pop music, and how we consume that music,” Berman said.

Nicyla Ahmad ’21 said she found the course thought-provoking and inspiring. For her class project, she examined Korean pop music (K-Pop), which she had grown to love in recent years.

“I enjoyed being able to open my mind to more music from various cultures. What I got from the course is the idea that although music is used in every nation, what it represents and how it is utilized is different, which just enriches the overall music scene. It was great seeing how musicians from different places, such as Ireland, Bali and South Korea, choose to express themselves,” she said.

Searles has enjoyed seeing Berman returning to Wheaton to teach.

“One of the most satisfying aspects of being a teacher is watching your students emerge as professionals and having the honor to work with them as colleagues,” Searles said. “Amanda was a pioneer. And now she is doing great work; we’re so happy, and grateful, to have had her here.”

As for Berman, she is making her mark as an academic in the field; in addition to Wheaton, she has taught ethnomusicology at Boston University and Salem State University.

“I love the feel of being engaged with the students, teaching and doing research as well as still performing,” she said. “I love that being an ethnomusicologist allows you to do this all at the same time.”