The biology major participated in an internship at Wildtracks Belize, a conservation, research and education nonprofit, as a recipient of Wheaton’s Davis International Fellowship—which supports international experiential learning related to academic or professional goals.

“This internship was right up my ally, encompassing conservation, rehabilitation, primates and animal care,” Trissler said.

Wildtracks rehabilitates black howler monkeys, which are endangered in Belize due to deforestation and the illegal pet trade. As a volunteer, Trissler tracked the movements of monkey “troops” to ensure they adjust well when released back into the wild.

Trissler spent 16 days in a forest in Belize’s Fireburn Reserve, with no electricity or running water, monitoring the monkeys from dawn to dusk. She assisted researchers with collecting data, including how far the monkeys traveled each day, and the types of plants and fruits they ate.

“It was challenging because we were up at 6 a.m. and did not finish working until around 5 or 6 p.m. It was pretty tiring, and I definitely was not used to the heat of Belize, or the mosquitoes,” she said.

Her Wheaton coursework prepared her well for the experience.

“Academically, I have developed the ability to understand concepts of ecology and environmental science, analyze scientific papers as well as successfully plan and execute independent research projects,” she said.

She had already put these skills to practice when she served as an animal care intern at Southwick’s Zoo in Mendon, Mass., in 2013, and when she conducted wildlife research with Wheaton Professor Emerita of Biology Barbara Brennessel on Cape Cod during the summer of 2014.

“Lilia was a great asset to our diamond terrapin research team. Our project extended to the Cape Cod National Seashore, where Lilia was a key component of our research and conservation effort,” Brennessel said, noting that she also assisted with horseshoe crab surveys.

In Belize, Trissler not only tracked black howlers in the forest but also helped raise a troop slated for release next summer in Wildtracks’ rehabilitation center. She prepared food for the animals and cleaned their enclosures four to five times per day.

Unlike many rehabilitation centers, Wildtracks believes that human contact with animals is important, and that such attachment bolsters their chances for success. As an intern, Trissler got to know the faces and personalities of her assigned troop. One monkey in particular, named JW, left a lasting impression on her. Injured by another male, JW had to recuperate in a cage away from his troop while his gashes healed.

“He looked so sad in the cage by himself. I touched his hand, and he grabbed onto my finger and held it,” she said. “I was glad that JW was finding some comfort in my presence.”

Shortly thereafter, JW climbed down from his perch to hug her.

“I was really touched by this,” she said. “I had only been working with them for maybe a month.”

Despite the long days of work, Trissler said her experience at Wildtracks Belize was rewarding, and it reinforces her desire to pursue a career in wildlife conservation and education.

“I am so excited to see how [the monkeys] do in the wild during their release next summer, and I am so happy to have been just a small part of their rehabilitation process,” she said. 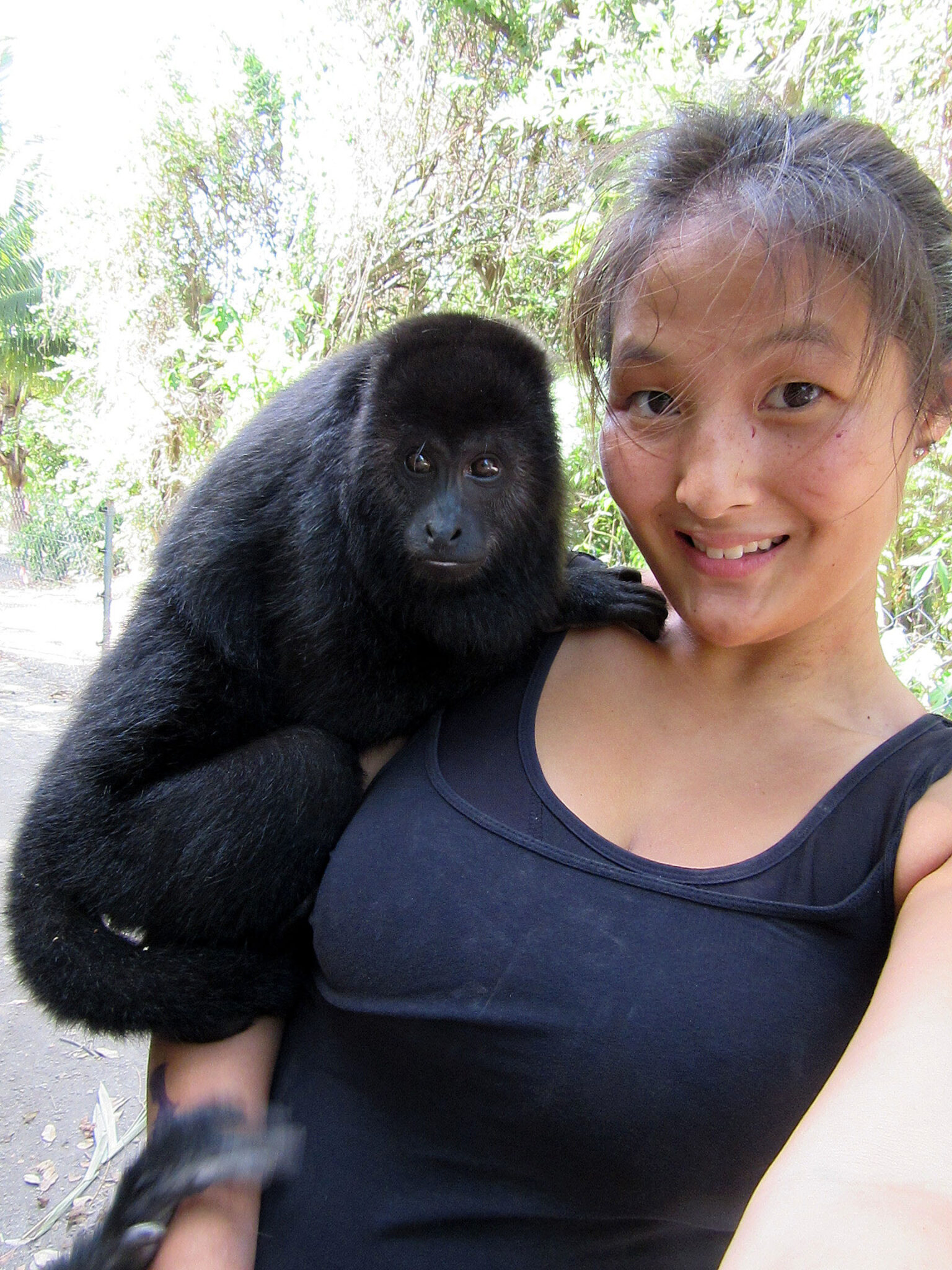