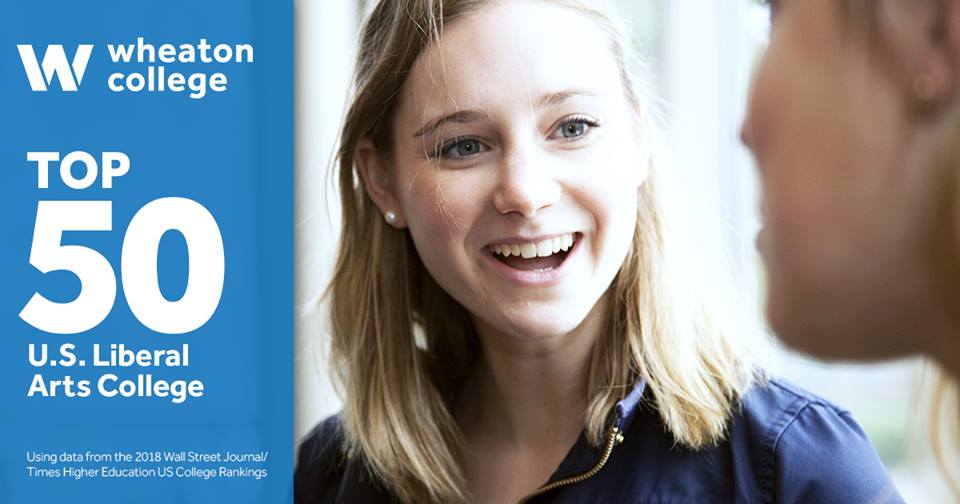 Wheaton has been named one of the top 50 U.S. liberal arts schools for the second consecutive year—and moved up several spots to 115th among all U.S. schools—in a report published today by Times Higher Education and The Wall Street Journal.

The 2018 U.S. College Rankings evaluate the performance of more than 1,000 U.S. universities and colleges, looking at a number of factors, including student and faculty engagement, college resources, graduation and career outcomes and campus diversity. This is the second year that Times Higher Education (THE) and The Wall Street Journal (WSJ) have published the College Rankings, which is slated for release every fall.

“Wheaton’s position as a top liberal arts college is a result of our student-centered approach to education,” President Dennis M. Hanno said. “What’s significant about this ranking is that it is based on input from our students as well as the quality of the faculty, staff and programs that we offer. Other rankings rely more heavily on admission measures, discounting the importance of what actually happens on our campus and in our classrooms.”

Wheaton was ranked 115th overall in the 2018 list, rising 22 spots from its 2017 rank. The college also rose among liberal arts schools this year, tying for 43rd with Pitzer College in California (up from 46th, also a tie with Pitzer, in 2017).

A key contributor to the WSJ/THE list is a survey of more than 200,000 college and university students, which asked students to rate their institution in 12 areas. Wheaton students’ rate of response to this survey was as much as 45 percent higher than the average school response.

Wheaton also recently was recognized as one of U.S. News & World Report’s 2018 Best National Liberal Arts Colleges and Best Value Schools, as well as a Top 50 school as ranked by high school counselors. It was also listed among The Princeton Review’s 382 Best Colleges and Best Northeastern Colleges for 2018.