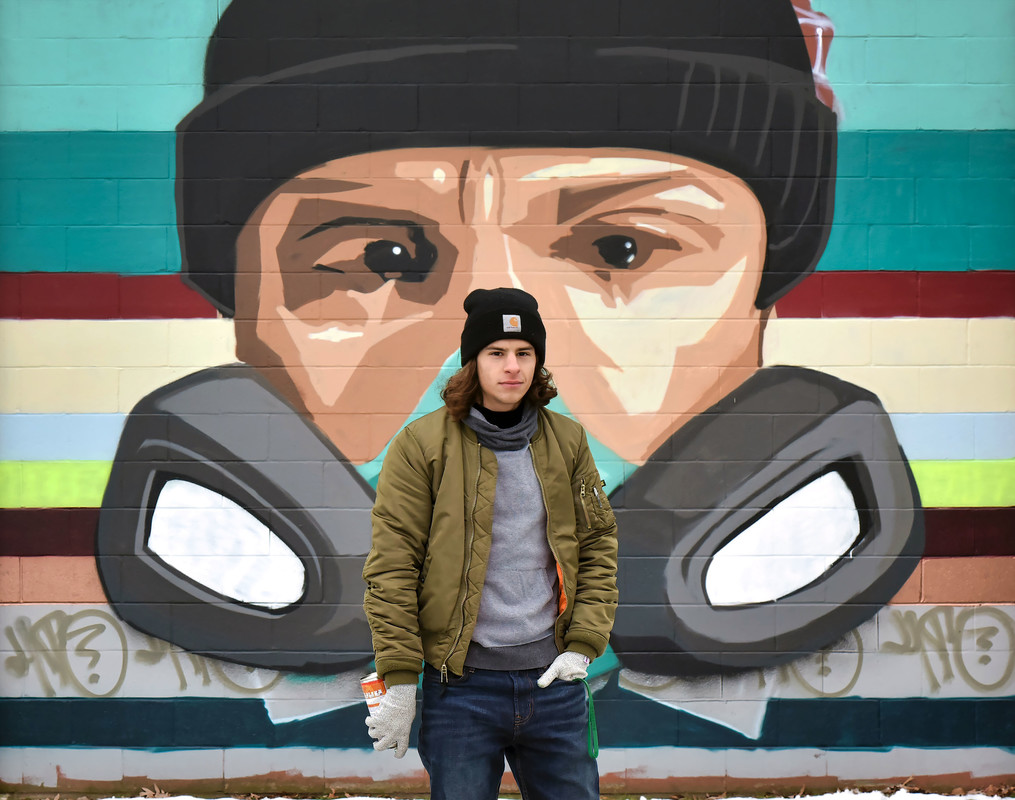 During the fall 2019 semester, as part of an independent study for his visual art major, Nathan Domingos ’20 explored the concepts of street art and graffiti in relation to architecture by creating—with pre-approval—a massive mural on the back of a building on the Wheaton College campus.

“As part of the overall project, I researched how, where and why people do graffiti and street art, as well as looked into its impact on architecture,” Domingos said. “I wanted to also learn about how building design influences street art and graffiti, both as a deterrent and as encouragement.”

“Painting a mural allows me to engage different aspects and techniques utilized by artists, as well as helps me develop my own perspective and style,” he said.

Before even starting to paint, Domingos filled notebooks with intricate doodles and typography as he thought through how to tackle the three panels of the towering wall. One panel features whimsically edgy characters; one has overlapping layers of words, symbols and encouraging notes to the artist that kept him motivated; one is a dramatic self portrait. Each panel has a style of its own but also connects to the other.

“I stumbled across street art as a concept toward the end of the spring semester, while I was taking a painting class. I realized I could apply what I learned there to spray paint and other graffiti mediums,” he said.

The work—30 hours and 20 spray cans of paint so far—began on a warm day in October and was nearing the final stages (he said he plans to do more) on a December morning that was so frigid that the paint in his spray cans began freezing up.

“When I think of my identity as an artist and about the future of my pieces, I don’t want them to be locked in a museum for a select few to witness. I want my art to be interactive and have a purpose beyond looking at it. To me, street art seemed like a logical application of paint that lives in the public view and can be interactive.”

One of the purposes of Domingos’s approach is to show the development of tagging. Tagging is an anonymous visual signature created on a surface in a public space. On the panel of his wall where symbols, words and images overlap each other, the artist is trying to show process as he works out his own “tag.”

However, the mural is not “tagging,” he wants to make clear.

“I am showing the development of a tag. However, tagging in itself is its own culture. Tagging is about style, communication between graffiti writers, and ultimately the goal of being noticed by tagging as many spots as possible. I am borrowing the aesthetics of this culture, but I am not tagging,” Domingos said.

What’s the biggest lesson he has learned during this process? “It’s a lot harder to fill up a 12 x 14-foot wall than it looks. It takes a lot more planning and processing ideas than I thought it would,” Domingos said.

“But it was also very liberating to work on such a big scale. You don’t have to worry so much about individual details and making sure that everything is just right. It’s more about creating an impact through size and the overall chemistry of the whole piece, which is pretty cool. I never had the opportunity to do that because most students aren’t given a whole wall to work on.” 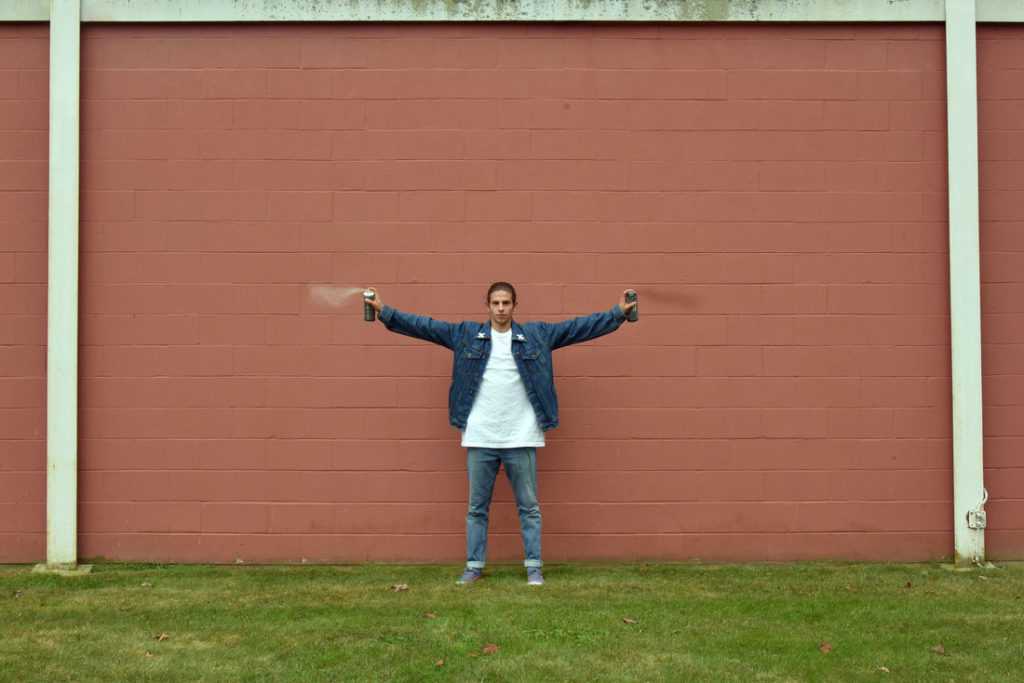 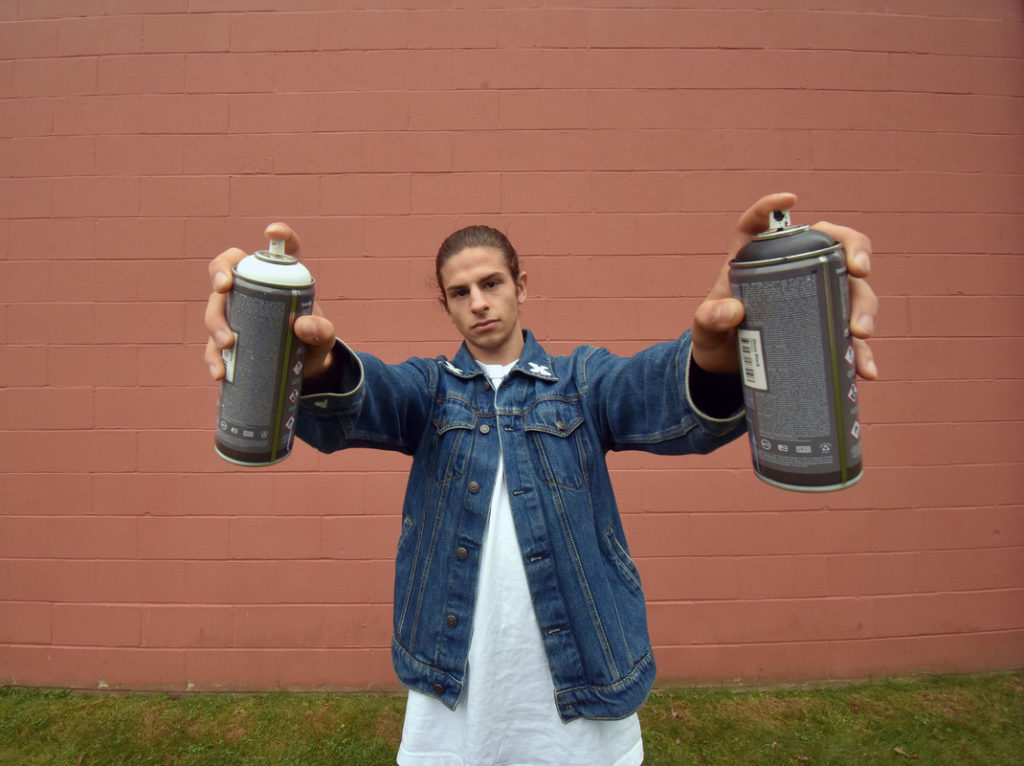 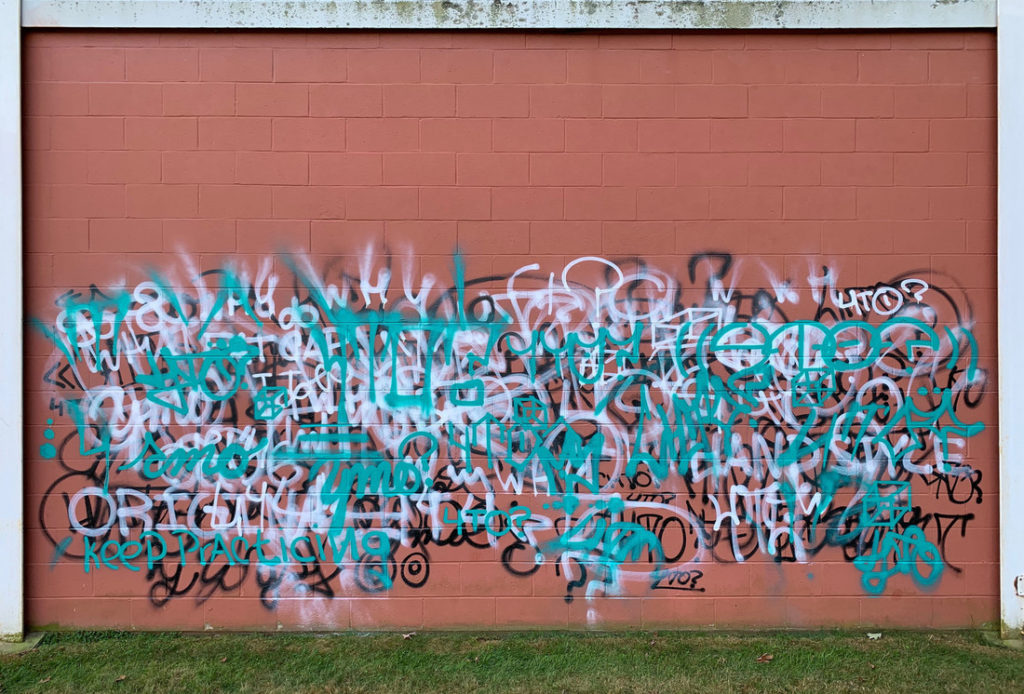 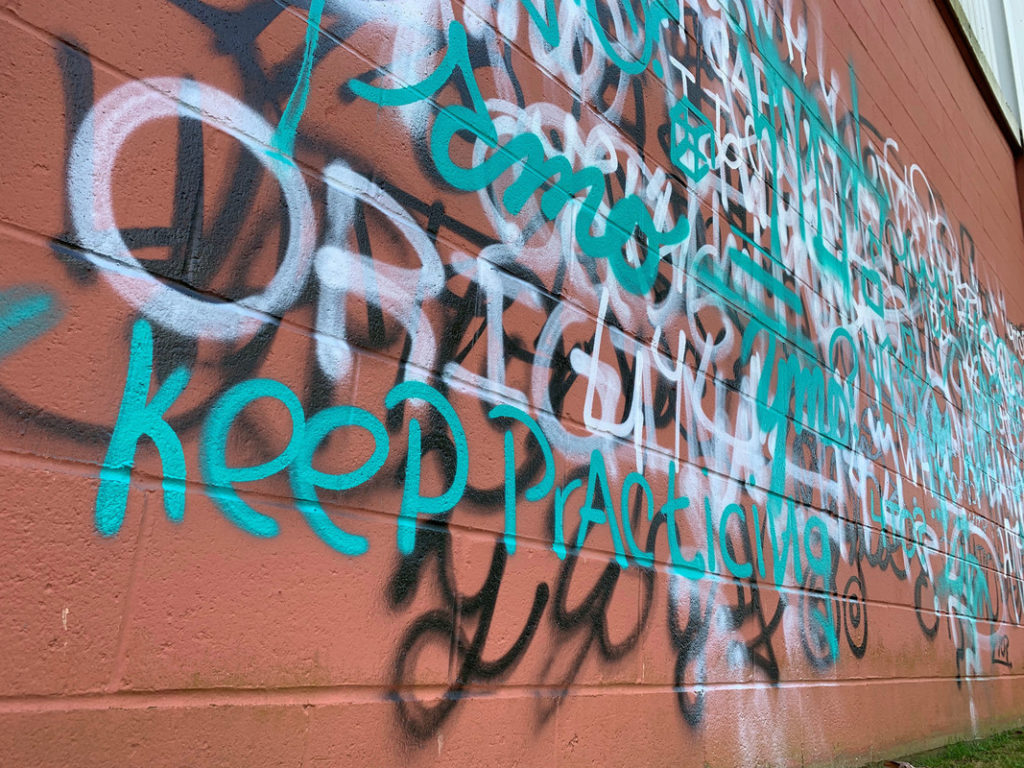 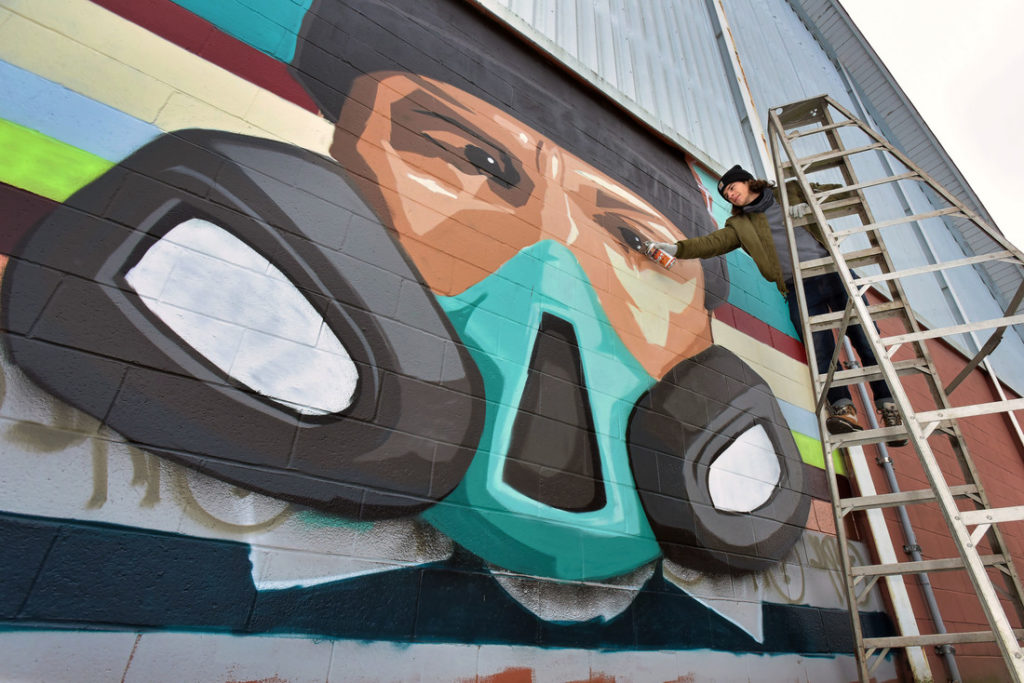 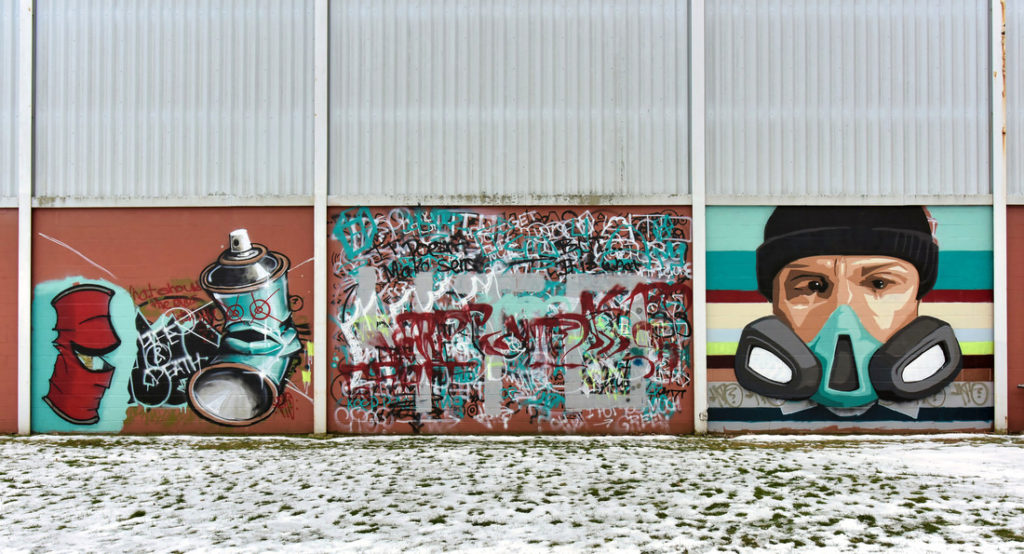