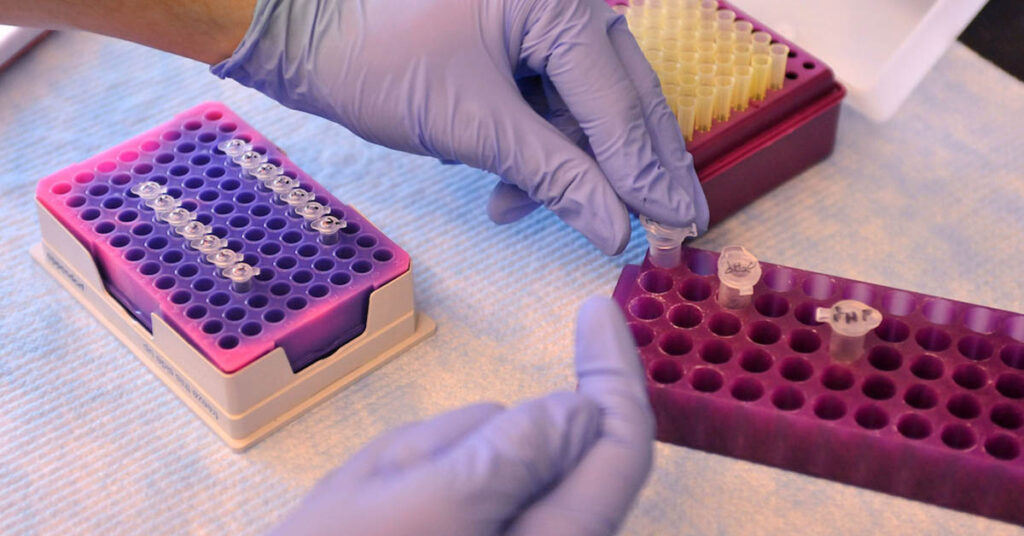 But learning to persevere through inevitable failure is part of what it means to be a scientist, and something Associate Professor of Biology Jennifer Lanni makes sure to impart in her courses at Wheaton.

Her recent article “Why I teach my students about scientific failure” in the journal Science talks about why it’s important for students to perform experiments that have the potential to fail. In it, she describes one three-hour lab for students that yielded data that didn’t fit with their hypotheses and the learning experience that followed.

“After a solid hour of struggle and some leading questions on my part, one student finally spoke up. ‘It doesn’t make sense. The bands look the same size, but the proteins should be different sizes.’ Hallelujah! A student had stepped back from seeing what they expected to see and described what the data actually showed. Their breakthrough helped their classmates start to look at the results with more objective eyes. Within minutes, they were overflowing with questions and ideas about what could have gone wrong. …My students were thinking like scientists—a development no amount of advance planning could have created,” she wrote.

Professor Lanni said this lab led to many fruitful discussions about scientific failure. “I hope the handful of students who go on to graduate school will learn from the experience and bring an awareness with them that success doesn’t always come easy.”

The Science article has resonated with many people since its publication on Dec. 23, 2021, according to Lanni.

“I have been amazed at the magnitude and warmth of the response to my article. Apparently, many other scientists, professors and students have lived through their own scientific failures. One of the most touching emails was from a graduate student in Chile, who wrote to ask me whether he should continue with his Ph.D. research despite a lack of data. I also heard from senior scientists in biology, chemistry, geology and physics, each of whom shared their own failure-persistence lessons and research philosophy,” Lanni said.

“Now more than ever, I am convinced that we need to talk openly about failure as a necessary foundation for future success,” she said.