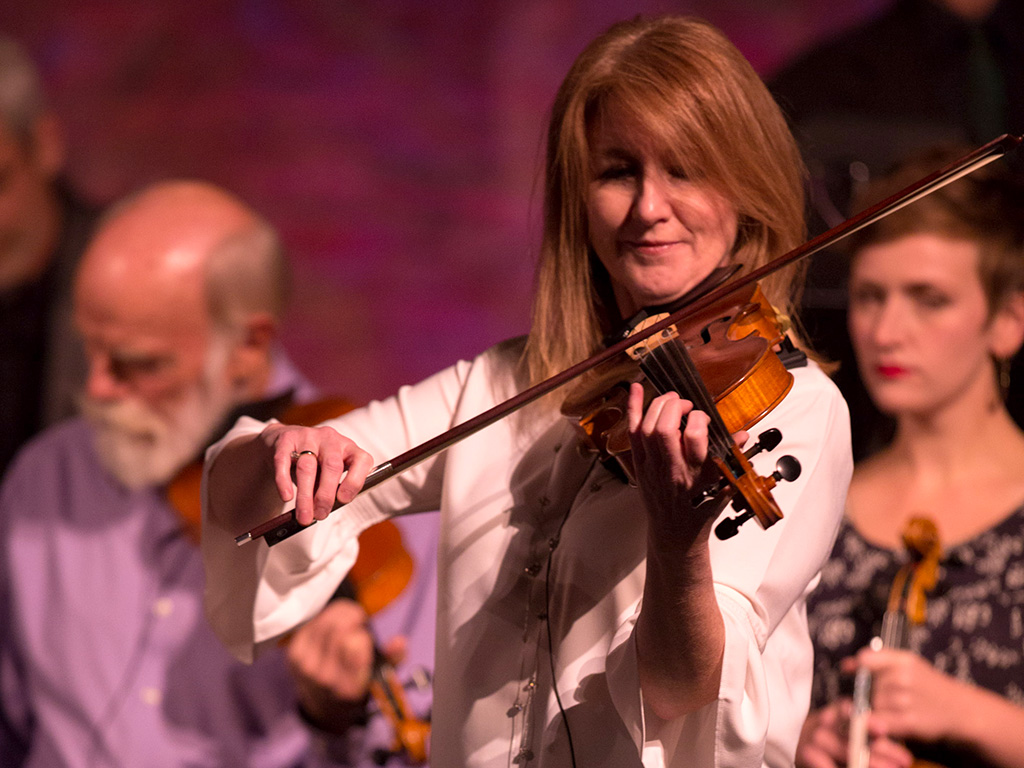 Released in early August, “The Bloom of Youth” is the group’s seventh and final album and features two pieces written and arranged by Falls Keohane (tracks 5 and 13). She is also featured on track 8, titled “Turka.” The piece is described as “both high-spirited and technically intricate” in a recent feature in the Attleboro Sun Chronicle.

“This was the penultimate tour for Childsplay,” Falls Keohane said. “We performed seven shows in the Pacific Northwest and finished up with the eighth show back here in Boston at the Somerville Theatre.”

Her daughter Lara, a senior at Bishop Feehan High School, joined this most recent tour as an Irish dancer.

Started by Bob Childs, a violin maker in Cambridge, Mass., Childsplay features the talents of about two dozen musicians from the United States, Sweden and elsewhere, playing fiddles built by Childs. Falls Keohane has performed with the group for 20 years.

Childs has announced that the group will be performing its final tour next November, possibly on the East Coast, Falls Keohane said.

“Every November we gather in the Boston area for four full days of intense rehearsal and then go out on tour. So much work of writing, arranging and planning is done in advance. It is an exciting family of sound to be part of. I can’t imagine not doing that,” Falls Keohane said. “I look forward to next year’s tour. It will be very special.”

In addition to Childsplay, Falls Keohane performs in other groups, as well as writing and performing individually. At Wheaton, she is an assistant professor of music in performance and director of the World Music Ensemble.