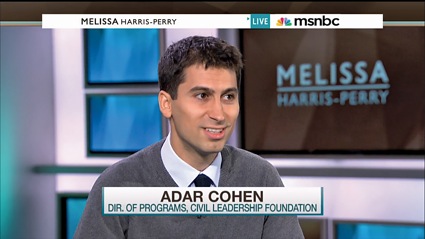 Jimmie Lee and James: Two Lives, Two Deaths, and the Movement that Changed America, written by Cohen and Steve Fiffer and published by Regan Arts in New York City, looks at the killings of civil rights activists Jimmie Lee Jackson and the Rev. James Reeb and how they inspired the march from Selma to Montgomery, Ala. and led to the passage of the Voting Rights Act of 1965.

“Jimmie Lee and James is the first book to give readers a deeper understanding of the events that galvanized an already-strong civil rights movement to one of its greatest successes, along with the herculean efforts to bring the killers of these two men to justice—a quest that would last more than four decades,” according to a description of the book posted by Regan Arts.

To research the book, Cohen and Fiffer traveled to Alabama to talk with many of the individuals who participated in the civil rights movement in the ’60s—conducting interviews with witnesses to the two murders as well as dozens of others and reviewing hundreds of pages of FBI documents, private papers and diaries, memoirs, oral histories and newspaper and magazine articles.

The result is “a well-written, well-reported page-turner about our collective struggle for equality and justice . . . hopefully the last chapter in the American Revolution,” according to a review by Morris Dees, founder of the Southern Poverty Law Center.

At Wheaton, Cohen designed an independent major in conflict resolution, drawing from courses in anthropology, political science, religion and history.

In addition to receiving a George J. Mitchell Scholarship in 2006 to study at Trinity College in Dublin, Ireland, Cohen won a 2004 Watson Fellowship, a 2003 Truman Scholarship in public service and several other fellowships and college honors. He was also known on campus for founding the Wheaton chapter of Backpack to Mexico, a group that collects school supplies for children in Mexican border communities.

Cohen received both a master’s and a Ph.D. in international peace studies from Trinity College and currently works as director of programs at the Civic Leadership Foundation, an organization that aims to empower young people to be effective and responsible leaders. He also is an adjunct professor in the Peace, Justice and Conflict Studies Department at DePaul University.

In their author’s note, Cohen and Fiffer acknowledge the book’s relevance 50 years after the deaths of Jackson and Reeb, particularly in light of recent protests over police officers’ excessive use of force in the deaths of Michael Brown, Eric Garner and other black men.

As the authors write in their introduction: “It is our hope that this book can help us remember the great promise of American democracy—that everyone has a voice, that everyone can participate—and in honoring two of its heroes, recommit us to its promise.”

Read an excerpt from the book at reganarts.com.