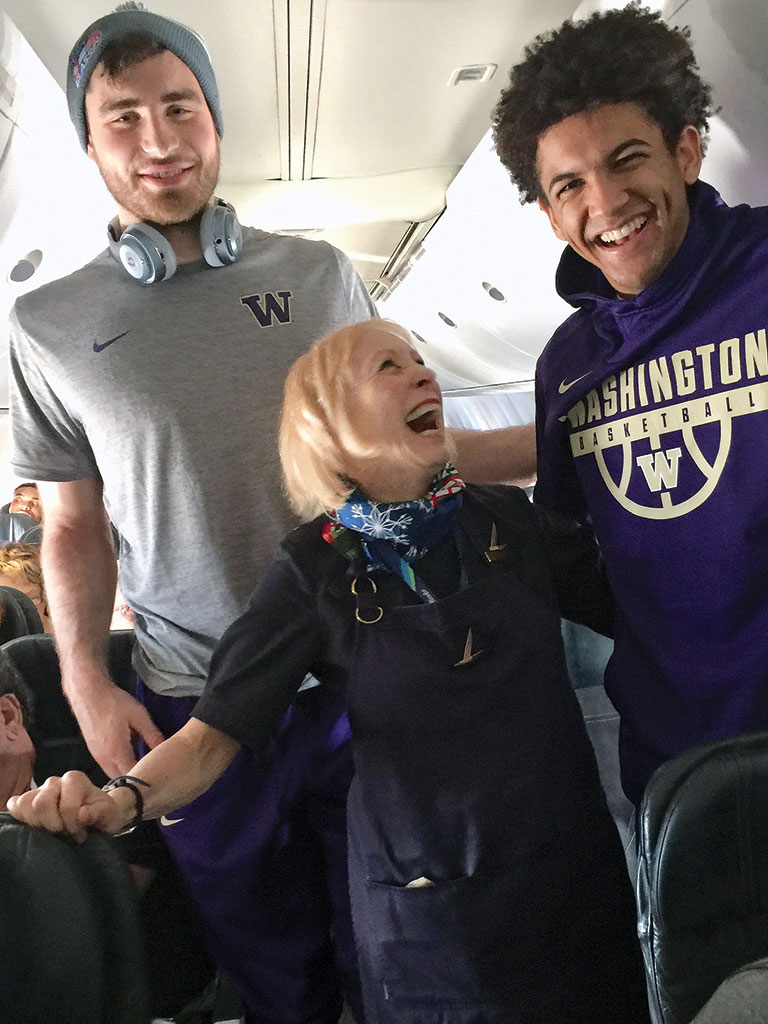 Alaska Airlines flight attendant Tani Clinchard Erickson ’65 laughs with players on the University of Washington’s basketball team, the Huskies, on a flight to Los Angeles. Erickson shared her story, and its many detours: “Flight attendants were glorious creatures in the 1960s, and I longed to be a ‘stewardess.’ After college, Capital Airways hired me to fly charters to Europe, but I only worked for a few months until I was married. For most of my life, I worked in Seattle copywriting, event-planning, marketing and advertising. It never occurred to me that I could still work as a flight attendant until a neighbor, working for Alaska Airlines, shared with me that airlines now welcome ‘older people.’ Alaska Airlines hired me at age 64, when most people are ‘fixing to retire.’ April 27 marks my 10th anniversary. I’ve flown all over the U.S., Canada and Mexico. On layovers, I’ve ridden horses on the beach in Cabo, Mexico, hiked the mountains of Juneau, Alaska (saw a bear!), danced to live blues in Austin, Texas, tasted alligator in New Orleans, caught the Boston symphony—and, of course, visited art museums in every city.”