Every successful entrepreneur knows that the best business begins with focusing on a problem that needs to be solved. For Wheaton College sophomore Michael Sadowsky and his classmates, solving a problem not only has led them to create their own business but also to found a new club that aims to help other students start businesses to make a difference on campus and beyond.

The new Entrepreneurship Club held its first big event, the Social Entrepreneurship Business Pitch Competition, on Friday, April 22, 2016, in Hindle Auditorium. Seven students presented pitches for businesses ranging from a late-night, student-run food delivery service to a medical device to help people who are susceptible to having allergic reactions. All competitors were encouraged to propose ventures that address a significant social problem.

Mary Margret Yancey ’18, a sociology and business major who sings with The Blend, won first place with her pitch for Acapella Fest at Wheaton College. The festival will host an acapella competition among campus groups and others from nearby colleges to raise money for arts and music programs in the Norton public schools.

There were two second-place winners. Sarah Alexander ’16, a member of the women’s volleyball team, won second for Impressions, an app that will educate people on how to dress for the business world so they can confidently make the best impression in any situation. Richard Davies ’17, a member of the men’s swimming and diving team, also won second for his Inspired by You, which aims to spark conversation and encourage social change through art produced by Wheaton students, with proceeds going to charitable causes.

Yancey will receive a $1,000 grant from the Global Center for Social Entrepreneurship Network Foundation (GCSEN) to help with legal and operational set-up and launch costs. The second place winners will each receive $200.

Mike Caslin, the CEO of the New York-based GCSEN foundation, was one of the judges for the competition, along with President Dennis M. Hanno, professors Brad Sago, Josh Stenger and Nancy Scott, visiting instructor Chris Meelia, and Colin Fahey ’11, co-founder of startup campusSIMS, a mobile service designed for international students.

“What you are doing here today is so special. I drove four hours just to be here,” Caslin told the competitors before the start of the presentations. “You have an amazing alum and president who believe in you. No matter what happens today, this is the beginning of a journey together.”

Each of the winners will have an opportunity to have a one-on-one conversation with Caslin, who also will be running a social entrepreneurship boot camp at Wheaton this summer.

The contest is just one of many initiatives the Entrepreneurship Club hopes to launch on campus. The aim is to enhance the college experience by encouraging a start-up culture on campus, said Sadowsky, club president.

The idea for the club developed after business partners Sadowsky, Al-Mogahed, Robinson, Khaled Sharafaddin ’16 and Caleb Wastler ’17 ran into problems while working to start their own business, EZBook LLC, during the past year. EZBook, which officially launches in August, is an app that serves as a platform for students to sell and buy textbooks.

“I was disappointed at how much money we would pay for a textbook, and how much money we would get in return when selling it back to the bookstore. I thought there must be another way to do it. Students should have the ability to sell their books directly to their college peers rather than bookstores. That’s where the idea of EZBook came from,” Sadowsky said.

“It took us six months to form an LLC,” he said. “That is way to long. If we had someone to help us through this process, we would have reached the same point in two months. This is why I started the Entrepreneurship Club—to share with others on campus what I learned from my journey with EZBook.”

The experience has forced the partners to become great multi-taskers and is great preparation for the future, Sadowsky says. Already, they have pitched their business at MassChallenge to alumnae/i and Wheaton trustees and have been featured in a Sun Chronicle news article.

This summer, Sadowsky will be commuting back and forth from New York City to Wheaton to work with the EZbook team. He was recently chosen to be an intern at “Late Night With Seth Meyers,” one of 19 (out of an application pool of 4,500).

“I feel like we are just getting started,” he said. “I think the business pitch event went great. I am so excited about what the future holds. I can’t wait to see what the winners do with their funds, and I will help out in any way needed. Our club is going to positively affect Wheaton in a unique way. At the end of the day, we are problem solvers.” 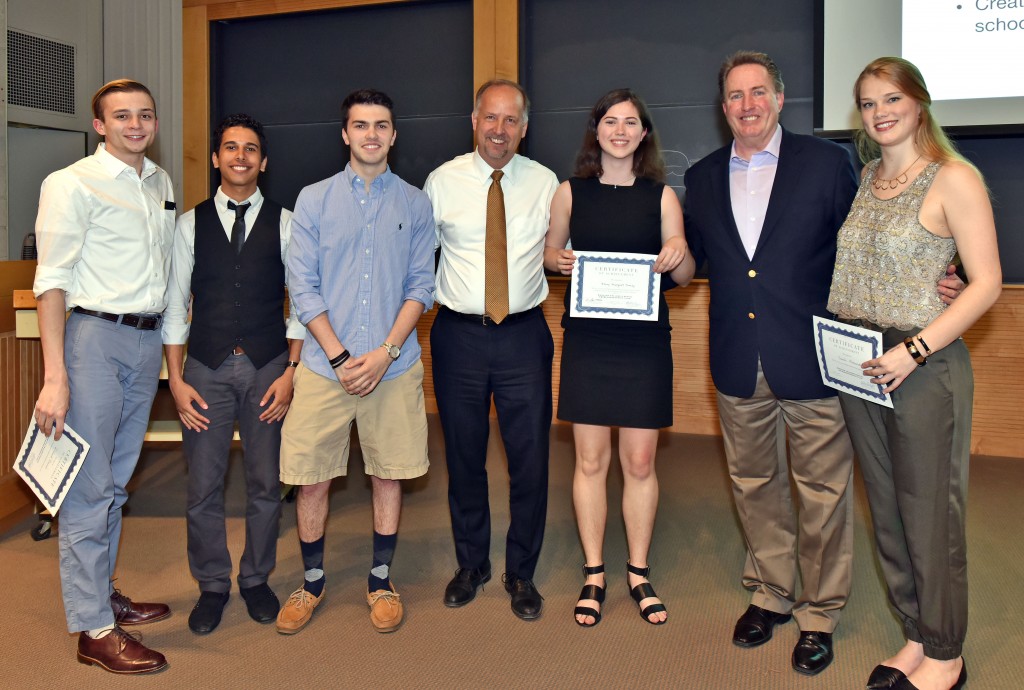 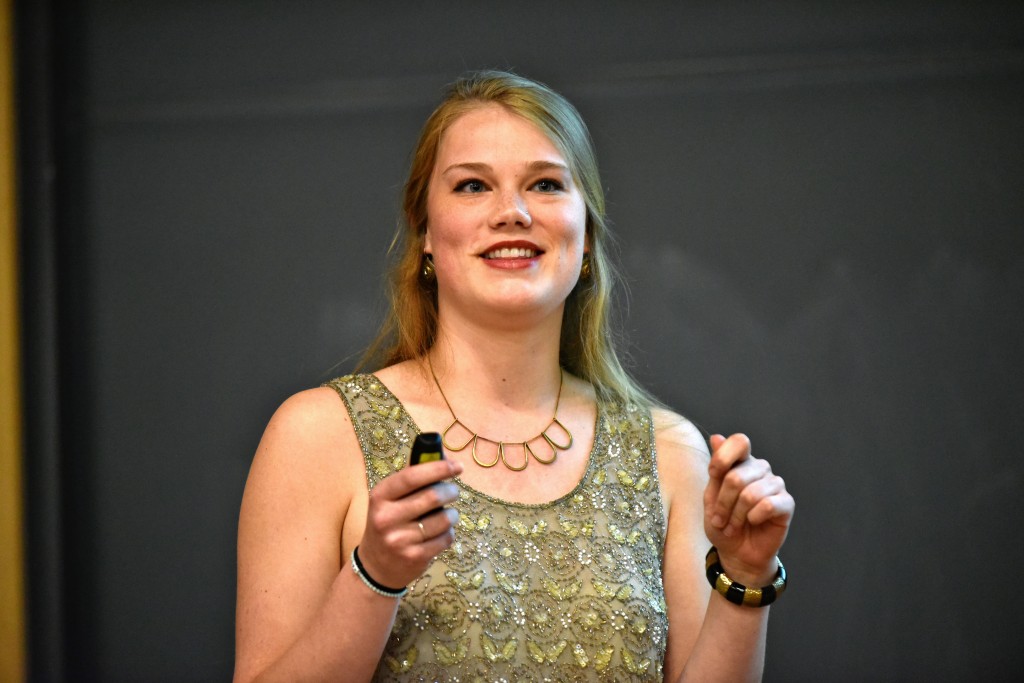 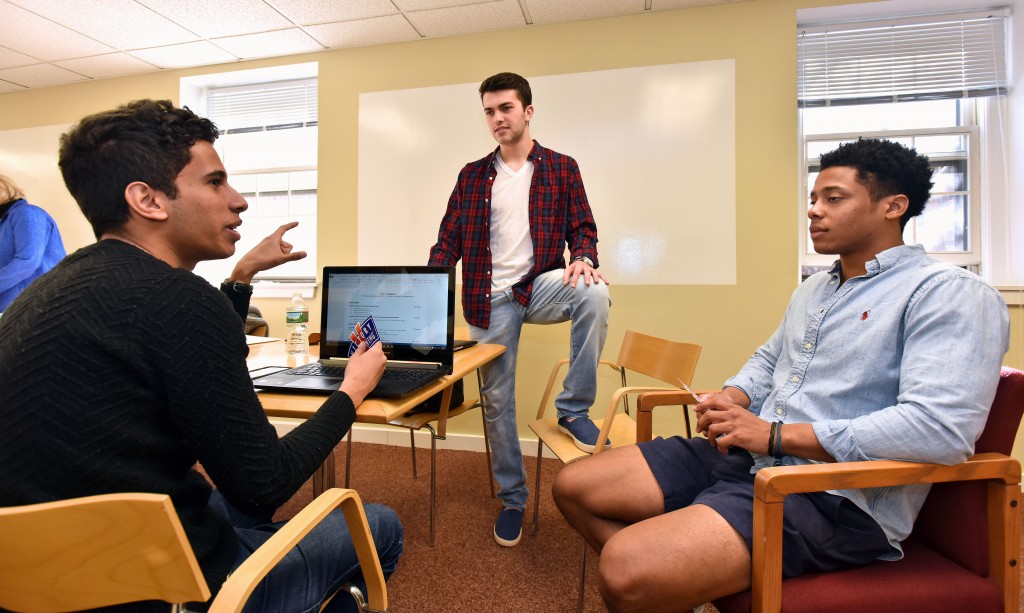 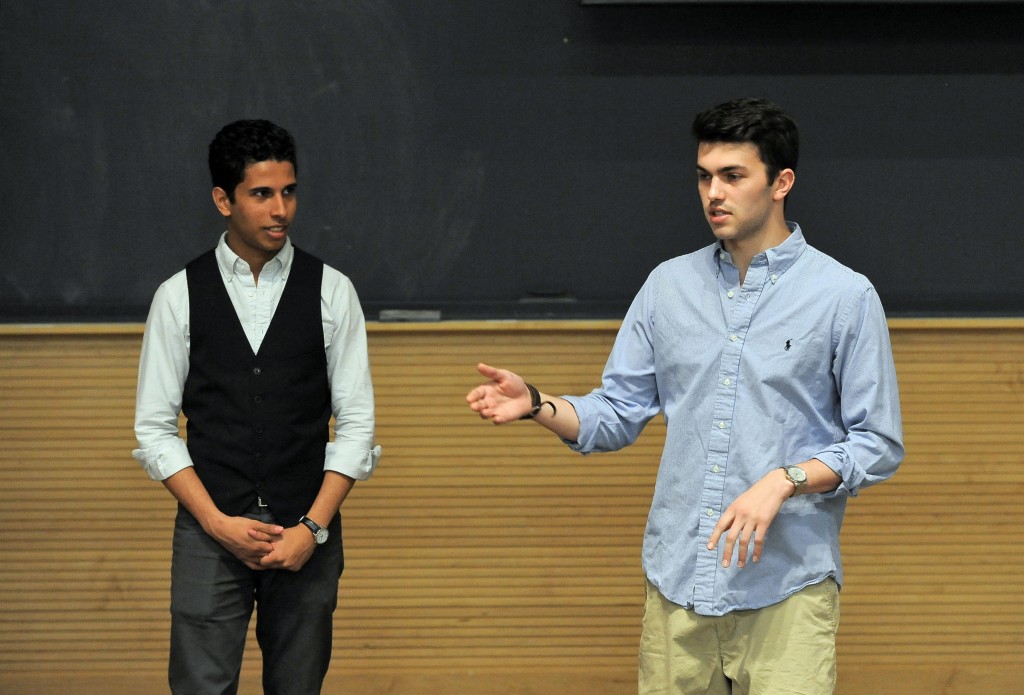 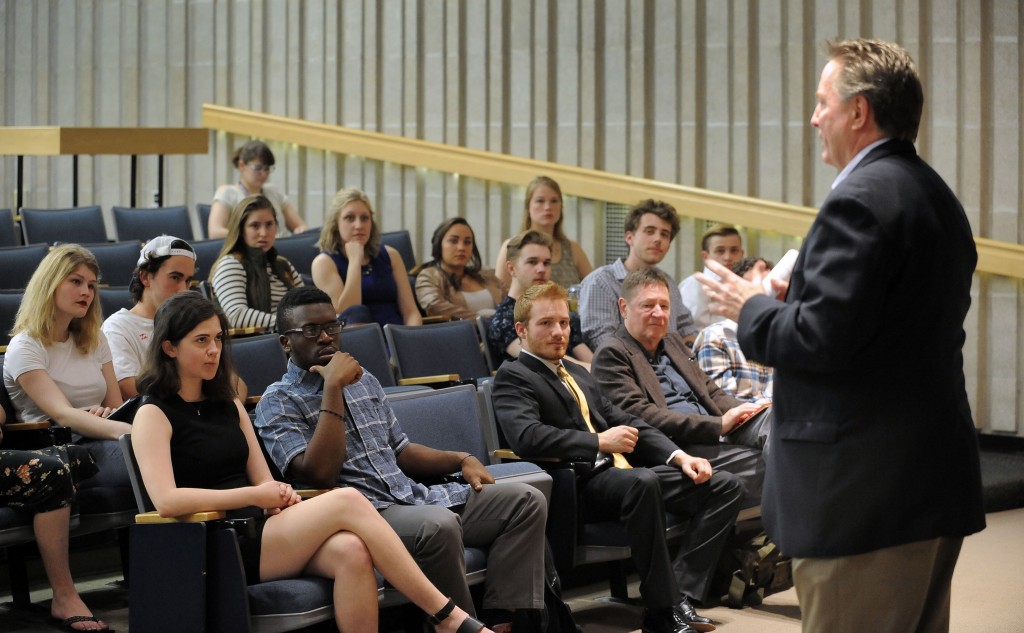 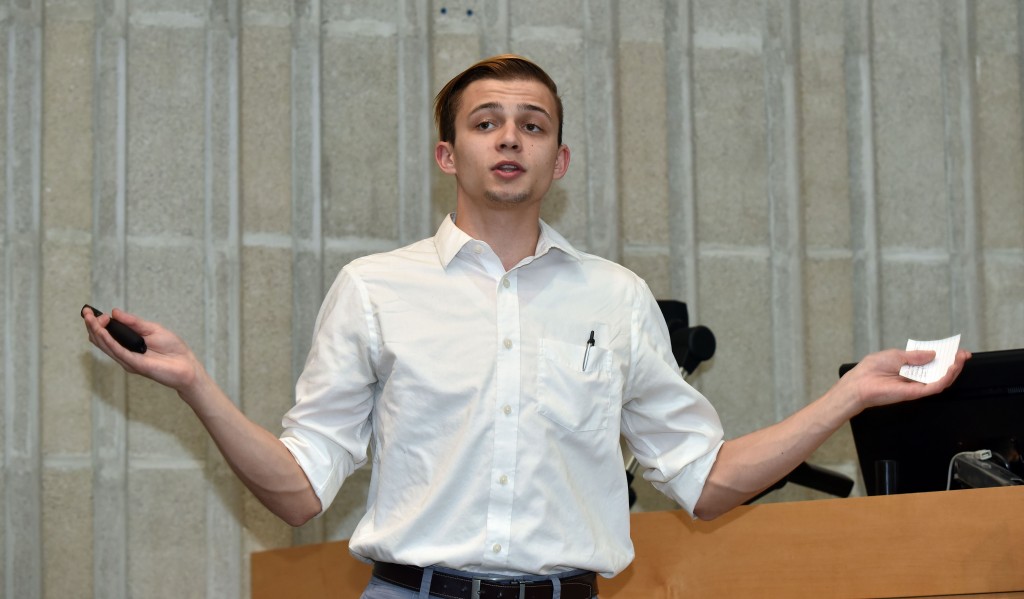