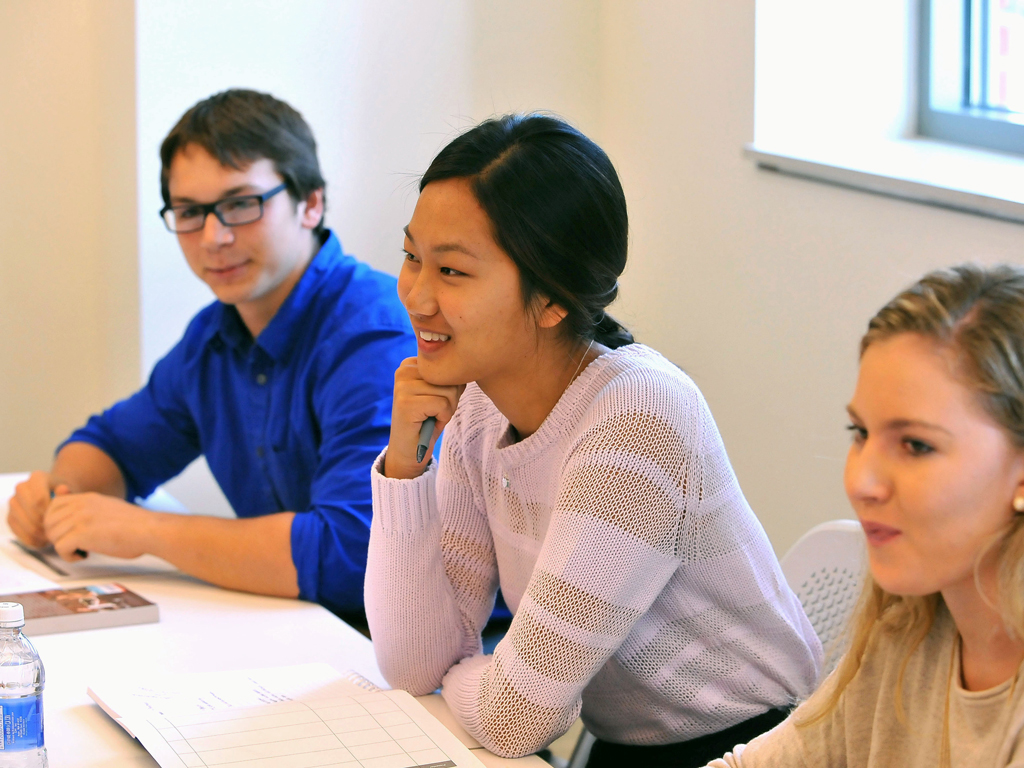 In July, while Wheaton students were away enjoying the summer break, six teenagers from around the country were on campus learning about entrepreneurship and social justice issues as participants in the first Discover@Wheaton Summer College for High School Students.

The four-week course, titled “Innovation and Social Change,” was taught by President Dennis Hanno and Associate Professor Kim Miller and, along with several readings, films and other assignments, included one very big project: to create a business.

“During the first part of the course, we worked hard to teach the students about social issues that people face globally, and then we challenged them to develop ideas and proposals that might solve specific problems,” Miller said.

After developing and pitching individual business ideas, the students split into two groups to work out the details of the top two ideas—selected by Hanno, Miller and student mentors Leslie Gould ’15, Andrew Mani ’16 and Jackson Towle ’17.

Caroline Sharpless of Tampa, Fla., teamed up with Jonathan Schuette of Houston, Texas, and Noah Schultz of Lunenburg, Mass., to develop her idea of launching an accessories line that would raise awareness about elephant poaching. They created a company called Tantori and designed a series of metal bracelets featuring seven traits, such as “strength” and “patience,” based on the Adinkra symbols of West Africa. The team built a GoFundMe.com page to raise seed money and had reached their initial goal of $1,000 by the end of the first week.

The second team, consisting of Ethan Farrell of Cleveland, Ohio, Julie Hahn of La Habra, Calif., and Ben Lague of San Francisco, launched a company called Consalting that would work with colleges and universities to establish eco-friendly de-icing methods, such as an organic solution made of sugar beets.

In addition to spending three hours a day in class, the teens attended workshops on subjects such as PowerPoint and LinkedIn, took field trips and participated in social activities, including dinner at the Presidents’ House. Recent graduate Colby Ornell ’15 served as coordinator of Discover@Wheaton in its inaugural year, organizing the extracurricular activities, hiring and training the student mentors, reviewing student applications, setting up the Discover@Wheaton website and laying the groundwork for the program.

“In the midst of all of these activities and planned events there are amazing little moments where you see the kids sitting spellbound at a table at the farm with Jackson [Towle] explaining Gore vs. Bush to them because they were only one when it occurred, or you find them sitting in a circle on the floor one night having conversations about where they come from and who they are,” Ornell said. “We want to give them a taste of the college experience, and even more so the Wheaton experience, and those little moments just about hit the nail on the head.”

The teens each found Discover@Wheaton in a different way. For Schuette, whose mother is a Wheaton alumna, the program was a chance to explore a potential career interest.

“My school doesn’t offer many entrepreneurship classes. They offer one class, ‘Economics,’ which I took as a junior,” Schuette said. “I thought the best way to continue that study would be to do a class outside my school, because I’m probably going to become a business major when I go to college.”

Sharpless also has Wheaton alumnae/i in her family and heard about Discover@Wheaton when she was “looking for something productive to do with my summer.”

“It’s definitely been inspiring,” she said of the program. “I’ve been exposed to social issues that I didn’t know still existed.”

Lague, who was intrigued by the social change aspect of the course, said he enjoyed the rigorous academics as well as the social aspect of Discover@Wheaton.

“The course was challenging and pushed me to work my hardest while having a great time with friends and teachers,” he said. “In a broader perspective, the class provided me with confidence and information helpful for creating and maintaining a business. I feel more able in my current classes at my high school and more productive in my leadership roles.”

Though the Consalting team has no immediate plans to launch their business in real life—two of the three live in California, where snow and ice are not an issue—they could use what they learned once they head off to college.

“We came to a decision, as the course was nearing an end, that we could use our business model when we go off to college, where we might have an environment where our model would be applicable,” Lague said.

Planning is underway for the second summer of Discover@Wheaton. Look for details soon at wheatoncollege.edu/summer-college. 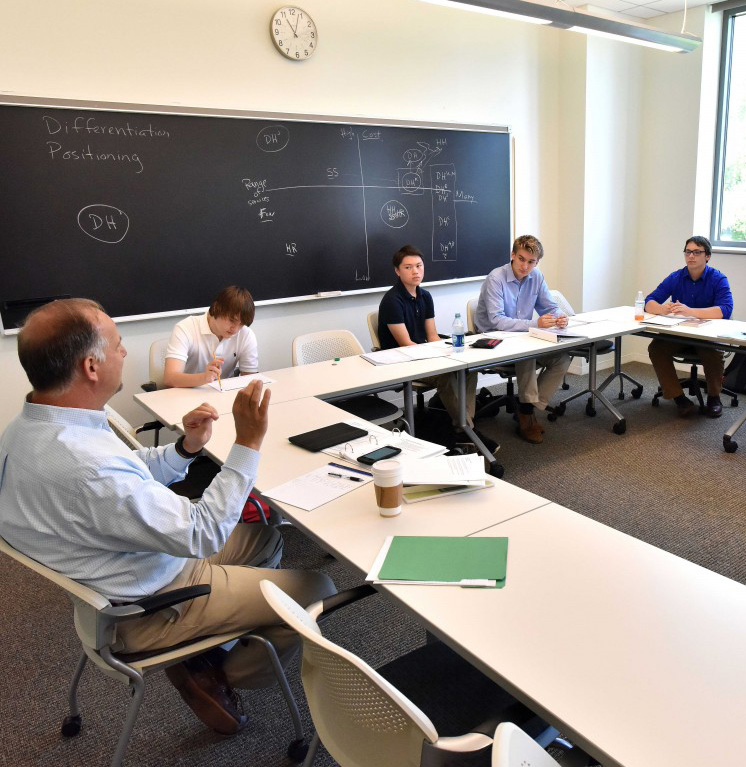