Since we are starting a new academic year, Wheaton Magazine asked a question of some of the faculty members who will be featured on the publications and honors page in the fall issue: What is the best (most impactful, inspiring) book that you have read about beginning something new and why?

Playing with Water: Passion and Solitude on a Philippine Island by James Hamilton-Paterson (New Amsterdam Books, 1987) 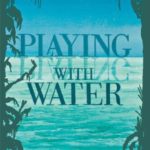 “One of the best books I have read about making a new beginning is James Hamilton-Paterson’s Playing with Water, in which the author describes his efforts to live alone on a tiny, uninhabited island in the Philippines. I find the book inspirational because of the beauty of both the writing and the things described, and also the unflinchingly honesty with which Hamilton-Paterson portrays the internal conflict between his desire for solitude and his warm friendship with the hard-working fishermen who live in the nearest village on the shore.”

A Wheel Within A Wheel by Frances E. Willard (Applewood Books, 1997) 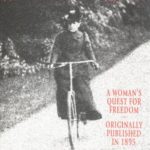 “The best book I’ve read recently about beginning something new is A Wheel Within a Wheel. Published in 1895 and written by Frances E. Willard, a teacher and activist, it tells the story of Willard’s determination to learn to ride a bicycle–at the age of 53. An avid cyclist myself, I loved reading Willard’s account of the freedom and joy she discovered in learning the art of the bicycle, and the satisfaction she felt once she had mastered the balancing, pedaling, steering, mounting and dismounting. Learning to ride a bike, she wrote, is like learning to tell the truth. One practices again and again ‘until it is done without any conscious effort whatever.'”

The Warmth of Other Suns: the Epic Story of America’s Great Migration by Isabel Wilkerson (Random House, 2010) 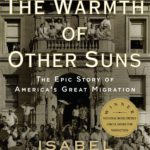 “Using painstaking research and fifteen years of interviews, Isabel Wilkerson, brings to life the story of the great migration of black Americans out of the rural Jim Crow South into the cities of the North and West in her prize-winning book The Warmth of Other Suns. Beyond admiring Wilkerson’s persistence as a researcher and skill as a writer, what I took away from her book beyond all else was a deep appreciation for the courage of these migrants who left the world they knew for an unknown, unforgiving world with foreign ways. In that way, Wilkerson’s book is an essential guide for understanding the psychological tensile strength required of migrants and immigrants to undertake their journey. Her book had an added benefit for me. It helped me to understand why my mother, who was born and raised in Jamaica, British West Indies (as she always said), was so reluctant to return even for a visit to the world she left behind—a world that undoubtedly no longer existed and that she would no longer have a place in if it had.”

Punishment and Responsibility: Essays in the Philosophy of Law by H. L. A. Hart (Oxford University Press, 2008; first published 1968) 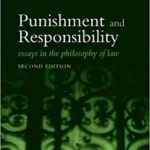 “H. L. A. Hart’s Punishment and Responsibility introduced me to the sorts of problems in the Philosophy of Law that I have continued to find exciting throughout my career. Before reading it, I had no idea that one could look at questions of law and crime in the sorts of systematic and analytical ways that Hart does in that book. It helped me see that philosophical questions of consistency and moral justification run much deeper than, but importantly still inform, basic questions of justice for those involved with criminal law.”

The Art of the Personal Essay, edited by Philip Lopate (Anchor Books, 1995) 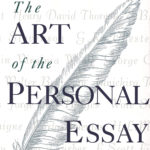 “One of the most important books for me was The Art of the Personal Essay, edited by Philip Lopate. It’s an anthology of creative non-fiction that I was introduced to five or six years ago. It has been so useful to me, because of its approach to being a writer and communicating your personal experiences. In particular, I am interested in what it means to be honest in my writing. Any experience I may write about is going to be conceived of in a completely different light when I look at it in hindsight. Lopate introduces multiple layers, then, into any writing. Communicating a first encounter, acknowledging the writer who reflects back, and then whatever negotiation might occur between these two. It involves an honesty that becomes more and more complicated as it unfolds.” 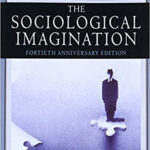 “The most impactful work that I have read about beginning a new creative project is found in the appendix to the book The Sociological Imagination by C. Wright Mills. That appendix is titled ‘On Intellectual Craftsmanship.’ Intellectual work is a craft that involves mastering the use of language. In this essay Mills gives several tips for engaging in intellectual craftsmanship. For example, he tells students to keep a ‘file’ in which notes are habitually taken to join the personal with the professional, to record studies underway and studies planned. The file should consist of a continually growing collection of facts and ideas, from the vaguest to the most finished: personal notes, excerpts from books, bibliographical items, and outlines of projects. Later, the file is rearranged by playfully combining previously isolated ideas and notes on different topics and finding unsuspected connections between them. Rearranging the file releases your imagination to become receptive to unforeseen and unplanned linkages, all the while keeping in mind the several problems on which you are actively working. Then, by using ideal types, polar types and cross-classification techniques, the student attempts to systematically order the findings. The findings are then paired down to essentials by relating them to one another to form a working model. Finally, the student relates the working model to whatever he or she is trying to explain. I continue to find inspiration in this essay every time I begin a new project. I recommend it to anyone interested in doing intellectual work.”