It may be one book, but readers have drawn many meanings from the classic novel Little Women, which is marking its 150th anniversary on September 30.

The complexity of the book is one of its great strengths, says Beverly Lyon Clark, professor of English and author of the book, The Afterlife of Little Women. 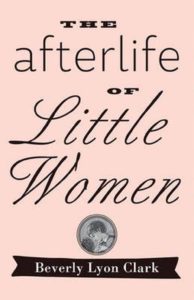 “It’s such a rich text. It can be taken in so many ways,” Clark said of Louisa May Alcott’s classic novel. “It’s a text you will find on evangelicals’ homeschooling reading lists, but it’s also popular among groups interested in queer readings, people who are interested in goddess worship, all these different groups that make rather unusual bedfellows. They all seem to find something in the book that is quite exciting.”

In particular, principal character Jo March, resists easy categorization. “Jo has generated strong feelings—as the independent young woman who became a writer, as someone who resisted a typical happily ever after, as someone who nevertheless married, and as someone who shouldn’t have married,” Professor Clark said.  “I think that the strength of response, and the varied possible outcomes, have made Little Women a porous text, open to many different identifications.”

Officially, Clark said, the novel will celebrate two 150th anniversaries—one in 2018 and again in 2019—because the book was published in two parts. Those milestones are sparking a new round of adaptations. A new version of Alcott’s story about Jo and the March sisters, set in 2018 rather than the original mid-19th century, hits theaters on Thursday, September 27. Another movie is in the works, too—a star-studded feature film directed by Greta Gerwig set to open in December 2019, starring Meryl Streep, Saoirse Ronan, Emma Watson and Timothée Chalamet.

The new films join a vast collection of Little Women-inspired literature, all of which Professor Clark has studied. Her book, The Afterlife of Little Women, published in 2014 by Johns Hopkins University Press, examines the various remixes of the novel and how those interpretations of the story reflect American culture over the past 150 years.

Because the collection of works inspired by Alcott’s novel continues to grow, Clark said she is already working on an update to her book.

“The current working title of my essay begins ‘From Babylit to Lusty Little Women,’” she said. “For, yes, the several years since my book was published have seen a board-book version and a pornographic one. Softcore, I might add. Another recent spinoff, a modernization called The Spring Girls (in Alcott’s novel they are the March sisters), is actually more sexually explicit.”

Professor Clark also is the author of Kiddie Lit: The Cultural Construction of Children’s Literature in America, the editor of Louisa May Alcott: The Contemporary Reviews, and the coeditor of “Little Women” and the Feminist Imagination: Criticism, Controversy, Personal Essays.