Vicki Bartolini, professor of education, co-authored the article “Transforming a Reggio-Inspired Documentation Assignment Using VoiceThread, an Online Collaborative Tool,” in the journal Innovations in Early Education: The International Reggio Emilia Exchange, with former Wheaton faculty technology liaison Patrick Rashleigh (March).
Alex Bloom, professor of history, presented four lectures at universities in Italy: “‘How the Other Half (Learned To) Live’: Race, Class, Gender, and Ethnicity in late 19th-century America,” at the Universita di Roma Tre, in Rome, in February; “1968: The Year the World Exploded,” at Palazzo Ducale, in Genoa, in March; “‘The Personal is Political, the Political is Personal:’ Understanding the 1960s,” at the Istituto Universitario Orientale, in Naples, in March; and “The Trump Presidency: How We Got Here and Where We Might Be Going,” at Libera Università Internazionale degli Studi Sociali, in Rome, in March.
Samuel Coale, professor of English, presented “The Mystery of Mysteries,” at the Providence Athenaeum, in February, and “Haunted by Hawthorne” at the ALA Annual Convention at the Westin Copley in Boston in May. He also co-edited Nathaniel Hawthorne in the College Classroom (AMS Press Inc., 2017).
Lindsay Flynn, assistant professor of political science, wrote the article “Childcare Markets and Maternal Employment: A typology,” which appeared in the Journal of European Social Policy (February).
Scott Gelber, associate professor of education, wrote the article “‘You Can’t Belong Anywhere Else’: Postsecondary Aspirations of Rural Students in the Postwar Era,” in the May issue of the American Journal of Education.
Andy Howard, professor of art, curated and was featured in the group photography exhibition “Contrasts,” which opened on May 6 at the Cape Cod Museum of Art. 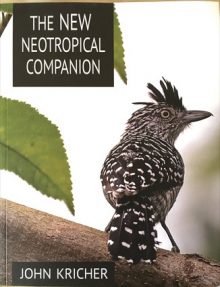 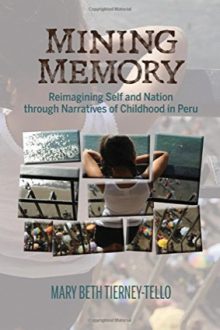 Mary Beth Tierney-Tello, professor of Hispanic studies, wrote the book Mining Memory: Reimagining Self and Nation through Narratives of Childhood in Peru (Bucknell University Press, 2017).
M. Gabriela Torres, associate professor of anthropology, wrote the essay “Engendering Violence: Military Leadership through the Moral Crisis of Guatemala’s National Family,” in Violence and Crime in Latin America: Representations and Politics (University of Oklahoma Press, 2017).
A. Javier Trevino, professor of sociology, wrote the book The Development of Sociological Theory: Readings from the Enlightenment to the Present (Sage Publishing, 2017).
Aubrey Westfall, assistant professor of political science, co-wrote the article “Islamic Headcovering and Political Engagement: The Power of Social Networks,” in Politics and Religion (February).