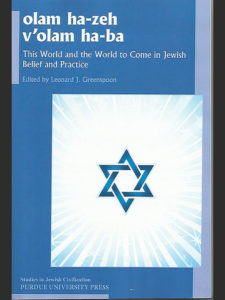 Extra: Professors tell us what they are reading this summer and why.

Jonathan Brumberg-Kraus, professor of religion, wrote the essay “What’s for Dinner in Olam Ha-ba? Why Do We Care in Olam Ha-zeh?” in Olam Ha-Zeh v’olam Ha-Ba: This World and the World to Come in Jewish Belief and Practice (Studies in Jewish Civilization) (Purdue University Press, 2017).

Shawn Christian, associate provost, was the keynote speaker at the kickoff event for Reading Across Rhode Island in Providence, R.I., on January 27. He also was a panelist for a conversation about the themes of the chosen book The Hate U Give on February 20.

John Collins, professor of physics, co-wrote the articles “A Quantum Electrodynamics Formulation of Energy Transfer between Two Optically Active Ions,” published in the ECS Journal of Solid State Science and Technology in January, and “Emission of White-light in Cubic Y4Zr3O12:Yb3+ Induced By a Continuous Infrared Laser,” in the February issue of the Journal of Luminescence.

Scott Gelber, associate professor of education, received a $10,000 grant from the Spencer Foundation in March to support
archival research trips and his work on a book manuscript titled Grading the College: The History of Evaluating Teaching and Learning in American Higher Education.

Nancy Kendrick, professor of philosophy, presented two lectures in March at the University of Minnesota—“Astell’s Serious Proposal in Berkeley’s Ladies Library” to philosophy students and “Astell and Berkeley on Passive Obedience” to the Early Modern Interest Group. 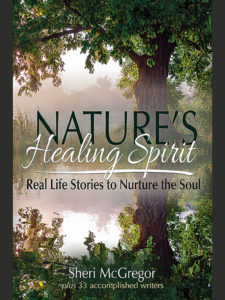 Charlotte Meehan, professor of English, received recognition for the theater company she launched in 2012. Sleeping Weazel won an Elliot Norton Award from the Boston Theater Critics Association for outstanding production (in the fringe theater category) for James Scruggs’s “3/Fifths’ Trapped in a Traveling Minstrel Show” that premiered in November 2017.

Kent Shaw, assistant professor of English, received the Juniper Prize for Poetry on April 1, from the University of Massachusetts Press. He also published the poems “Dear Mark Doty, Are You the Man I Met 10 Years Ago?” and “Definitions of Lucky Are Too Numerous” in Miracle Monocle in April.

M. Gabriela Torres, professor of anthropology, wrote the article “Violated Women, Reason, and Lo Político in the Imaginary of the Guatemalan Nation,” published in the Bulletin of Latin American Research in March. She also wrote the chapter “State Violence,” in the book Cambridge Handbook of Social Problems, which was edited by Javier Treviño, professor of sociology (Cambridge University Press, 2018).

Ana Brenescoto ’15 was honored as a young trailblazer in May in the Sun Chronicle’s (Attleboro, Mass.) list of 20 Under 40 community rising stars for her work as a mentor center coordinator at On Common Ground. 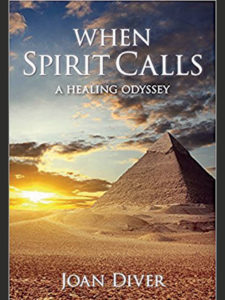 Derron Wallace ’07, an assistant professor of education and sociology at Brandeis University, received the Emerging Scholar Award from the African Diaspora Special Interest Group of the Comparative and International Education Society. He also received the Best Paper Award in International Education from the American Educational Research Association for his paper “Negotiating Girls’ Empowerment: Models of Assertive and Subversive Resistance in Rwanda’s Only Inclusive School.”