Amazon’s much anticipated Prime Video series “The Lord of the Rings: The Rings of Power” for streaming premiered September 2. Wheaton College Professor of English Michael Drout, a scholar on J.R.R. Tolkien’s work, has a few things on his mind about this.

He shared his thoughts in the guest essay “Please Don’t Make a Tolkien Cinematic Universe” that he wrote for The New York Times. (Note that a subscription may be required to access the essay.) He also was interviewed by the Evening Standard, a British newspaper.

An Amazon promotion describes the original series as set thousands of years before the events in J.R.R. Tolkien’s The Lord of the Rings. Media stories point out that the producers had limited rights to the author’s work to produce the series, leaving much open to creative license.

“Is it fair to the legacies of writers like Tolkien to build franchises from their works without their knowledge or permission?” the professor asked in his New York Times essay published September 1.

“The demands of scaling up beloved works into broader franchises often proves incompatible with the unique visions that drew the original audiences,” Drout wrote. “And it’s worth noting that author involvement—like that of J.K. Rowling in the ‘Fantastic Beasts’ films, for example—is no guarantee that derivative works in a different medium will have the special qualities that made the originals successful.”

“Many of the most popular cinematic universes have been born of visually centered mediums: ‘Star Wars’ in film, ‘Star Trek’ in television, and Marvel in comic books. Adapting literary works into franchises has a less auspicious history, especially when screenwriters wander far from their source material,” he continued. 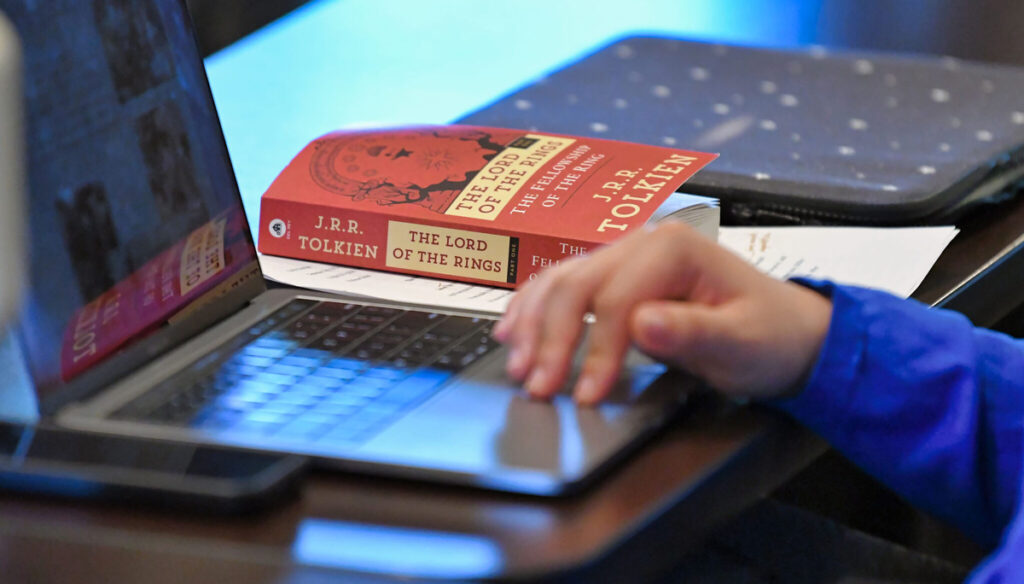 The professor also was quoted in a September 5 interview in the Evening Standard article “The Lord of the Rings: The Rings of Power—we take a deep dive into the making of Amazon’s new show.”

The article pointed out that “given that Amazon does not have the rights to many of these specific stories, there’s a big question mark over how they are going to be told on screen,” which the story said has raised concerns among fans and scholars.

“It’s a reality that is splitting the opinions of fans and scholars alike: Some are concerned that it will give too much creative license to Hollywood, which will not be able to give Tolkien’s ideas due justice,” the article stated.

“Professor Michael Drout, founding editor of Tolkien Studies: An Annual Scholarly Review and chair of Wheaton College’s English department is one such expert,” according to the article. Drout noted in the story: “As we saw with the [Peter Jackson-directed] Hobbit films, the script gets terrible as soon as it gets away from Tolkien…

“What Hollywood is great at, at this particular moment in time, is incredible detail to things like costumes, [artifacts], the sets, so I love all of that. And I want to see that. …I just worry that the actual story is gonna be cringe-inducing.”

This semester, the professor is teaching the course “J.R.R. Tolkien,” in which Wheaton students will read Tolkien’s major works, including The Hobbit, The Lord of the Rings and The Silmarillion, as well as his medieval scholarship.