Patrick Johnson is one of five studio art professors whose work is featured in the exhibition “P3SF” in the Beard and Weil Galleries through October 31. As a filmmaker, Johnson works primarily in short-form documentary with a subject focus on artists, musicians and alternative lifestyles. His work has screened at prominent film festivals such as SXSW, the Woods Hole Film Festival, and DocFest. Prior to teaching, Patrick served as an editor on several feature films, most notably the documentary, “The Treasures of Long Gone John.” Here, we ask him about the intersection of his work as an artist and professor.

Q. How does what you do as an artist influence what you do as a professor and vice versa?
A. My preferred approach to filmmaking is as a singular artist, where I engage with and control all the different elements of production—image, sound, editing, etc. This often flies in the face of the realities of film production, where sometimes you need a large crew to execute a particular story. So, I gravitate toward documentaries, which are more forgiving as a form to singular artists. However, this approach is an ideal training ground for teaching, as I’m experienced in all areas of production. As I often say to my students, the more experience you have with all the elements of production, the more control you can exercise on your work. Being a professor really forces me back to basics; using image and sound to tell a compelling story. With film, there are so many seductive gadgets and ever-improving technologies that it’s easy to lose sight of what you should really be focused on; story, story, story.

Q. What inspires your work as an artist?
A. I try to find inspiration everywhere and keep a sketchbook to record those lightning-in-a-bottle moments. Sketchbooks are a must for any artist in any medium.

Q. Do your interactions with the students influence your work as an artist?
A. After working with Wheaton students in the production of “Fangzi,” I’m really excited about future student-faculty collaborations. They were incredibly enthusiastic and added so much production value to the project. I feel like sometimes there is a pressure in academia to silo oneself and maintain distinctions such as “I’m the professor, you’re the student, and this is a one-way street.” But it has been incredibly freeing to shed that ideology and treat students as equal partners in the filmmaking process.

Q. How does your work as an artist influence your mentoring of students?
A. I’ve worked in narrative, documentary and experimental film in a variety of different positions and contexts. I am passionate about all aspects of film and feel that it is incredibly important to nurture that passion. So when students come to me for critiques or career advice, my job is to nurture and encourage their work and career path, rather than throw up additional road blocks. To put it in industry terms, I view my role as a creative executive, doing whatever I can to make their work better or help them along their path.

Q. What was your major in college and how did your own time in college shape you as an artist?
A. I majored in film at Vassar College and was convinced (as many budding film students are) that Hollywood was the only place I wanted to create work. At the time, I didn’t appreciate how amazing it is to be able to develop stories, produce them, screen them, and then discuss/critique them with faculty and peers all within the span of several weeks. The entertainment industry is painfully slow in developing work and often doesn’t engage in the same level of analysis and critique that you find in film school. After experiencing the realities of the industry post-graduation, I felt my passion for film at risk of becoming corrupted and decided that stories and modes of production that were a bit less commercial were better suited for me.

Q. How do you balance your life as an artist with the demands of being a professor?
A. It’s very difficult, but the most important thing is to not beat yourself up when your artistic output is not at 100 percent. There’s an ebb and flow to the academic year and also to the creative process. You just need to be persistent and patient, trusting that inspiration will hit when it needs to. 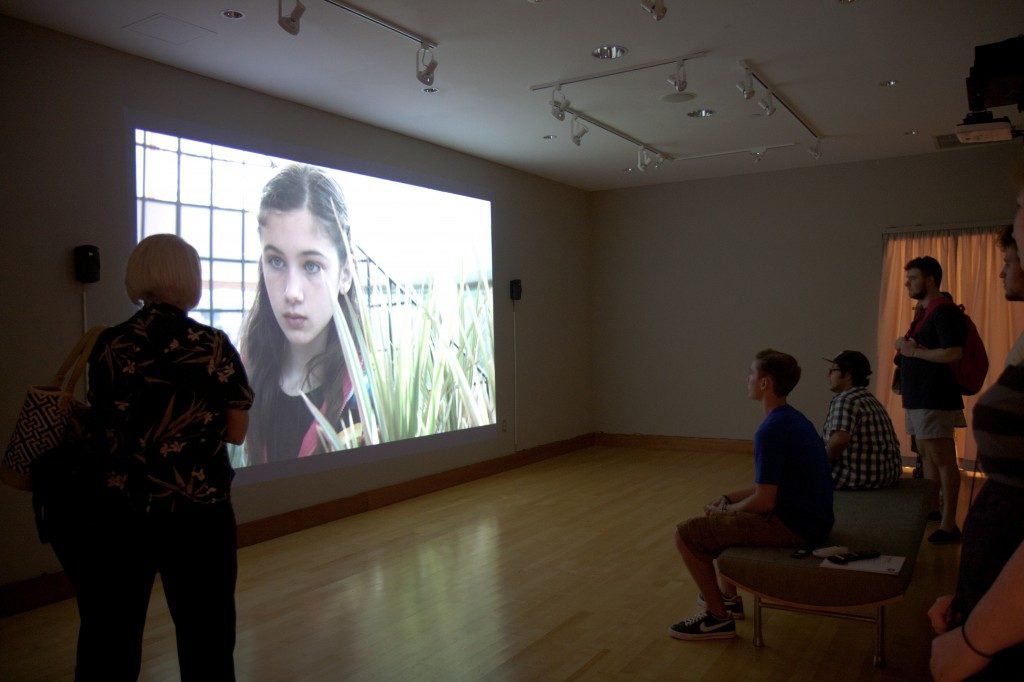