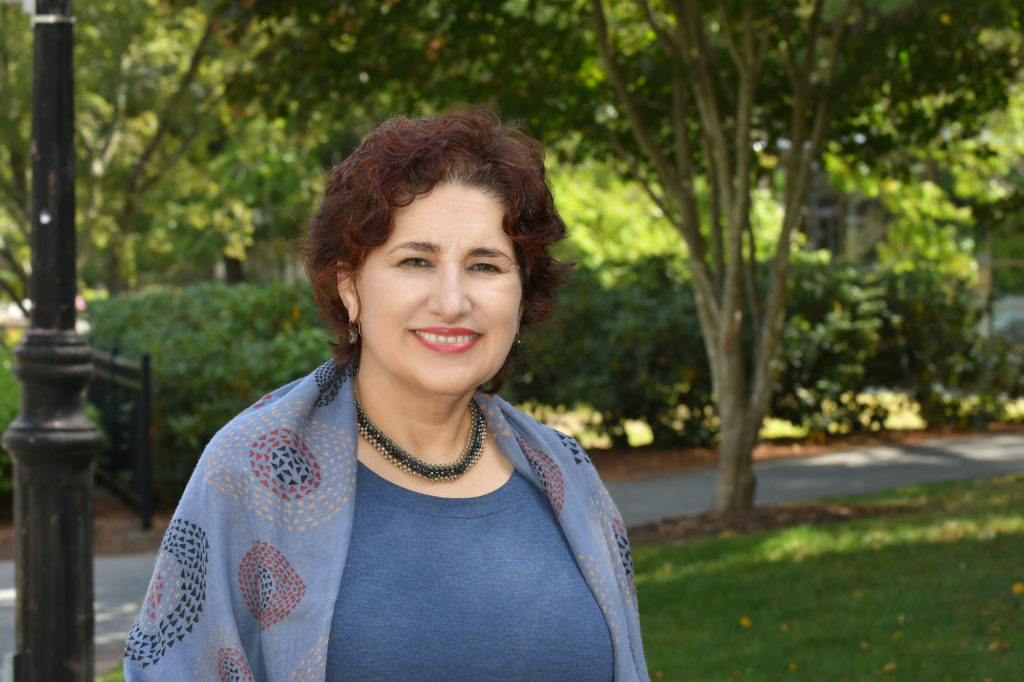 The Sleeping Weazel theater company won the Norton award for premiering, “3/Fifths’ Trapped in a Traveling Minstrel Show,” a three-person multimedia play written by James Scruggs. The production was staged at the Nicholas Martin Hall at the Calderwood Pavilion in Boston.

The award was one of more than two dozen presented recently to outstanding actors, directors, designers and ensembles by the Boston Theater Critics Association, which held the annual award ceremony at the Huntington Avenue Theater.

“It’s a very powerful show,” Meehan said of the production, which employs the structure of an historic minstrel show to explore issues of race in America. The title references the clause of the Constitution that counted African American slaves as three-fifths of a person, for the purposes of taxation and representation. Sleeping Weazel received funding for the production from the National Endowment for the Arts Challenge America program.

In 2008, Meehan brought Scruggs to Wheaton to perform “Disposable Men,” a multimedia solo work that juxtaposed images from Hollywood monster movies with the harsh reality of the historical treatment of black men in America.