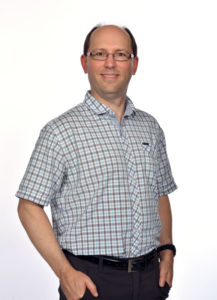 Why I became an educator: “In high school and college, friends would often come to me whenever there was something they didn’t understand and I could always find a way to explain things. Continuing in that direction just felt like the thing to do. I hesitated for a while, trying to decide between math, computer science and physics. Computer science seemed the way to keep all doors open. If I wanted to do something ‘mathy,’ I could go into theoretical computer science; if I wanted something closer to physics, I could go in quantum computing. I ended up in a rather mathy region of computer science.”

My current research focus: “My research is in cryptography and computer security. My current work on electronic voting is on a protocol that would enable voters to use two electronic devices (say, a smartphone and a laptop computer) in such a way that their vote would remain private and verifiably correct even if one of the two devices is corrupted by malware.” 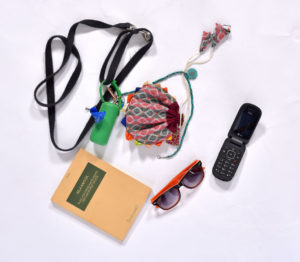 Most important lesson I learned in college: “No matter how good or how smart you are, you will get stumped at some point. The trick then is to persevere until the solution presents itself.”

What I want every student to learn: “Computers are everywhere now, so we should all learn a bit more how they work and how to use them.”

My photo shoot item: “I own a flip phone. I work in computer security. Most people have a device that has a camera, a microphone, a GPS and is connected to the internet 24/7. What could go wrong? Right?”

Return to main story and read about other new tenure-track faculty.