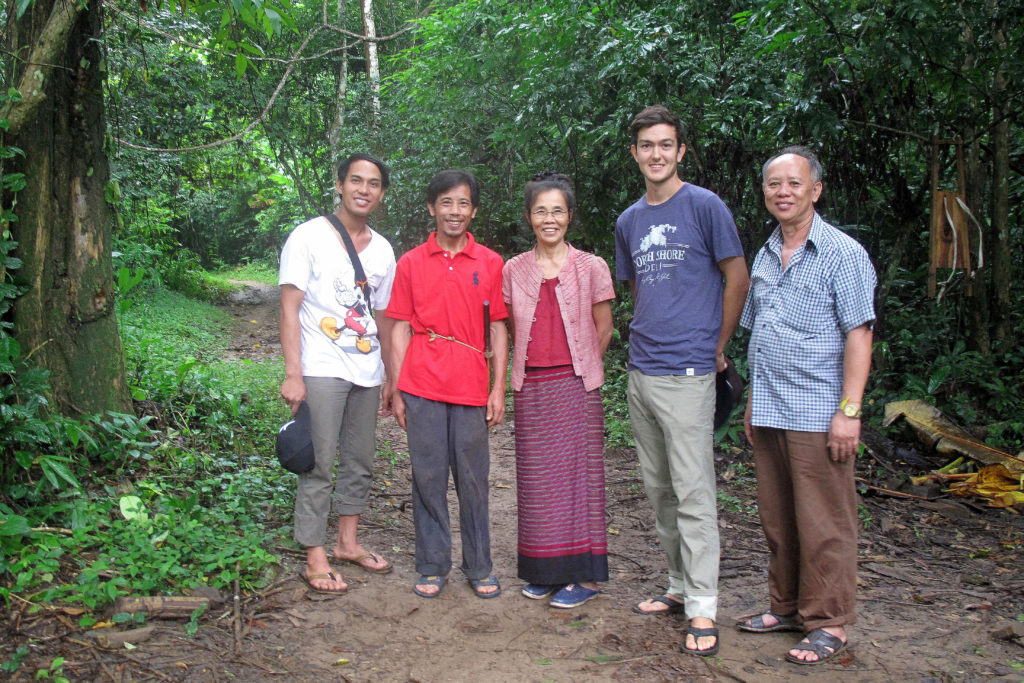 More than science: “I was planning on environmental science, then I started taking some of the courses and realized it’s more focused on pure science, and that’s great, but I really wanted to incorporate more of the social sciences into my studies. When I was in the design process, I used a lot of the environmental studies minor worksheet to figure out what paths were available, but I had to expand on that.”

Class favorites: “‘Environmental Science’ was probably my favorite course overall because it really focused on contemporary issues, drilling into the basics of how our environmental world, as a whole system, works together, while ‘Economic Botany’ brought in the human aspect in a very scientific manner. On the anthropology side, ‘Feast or Famine’ was a great course that discussed food insecurity across the world. It was a really good inlet for me to get into this field and see how humans use plants across cultures, either in very extreme environments or very lush environments.”

Learning from the past: “I’m really interested in traditional ecological knowledge, of how indigenous cultures continue to use traditional farming practices in the modern day, how they’ve survived thousands of years in their own bio-region. They’re able to really know the land and work with the land in a sustainable way. It’s a general statement to make, but for the most part they seem to really have a much deeper understanding of biodiversity and how it relates to their health. These ideas are just now starting to mesh into our policies, in terms of conventional environment management practices in the U.S., so I’d like to work in that realm.”

Education abroad: “Last summer I worked with the Community Entrepreneur Development Institute in Vietnam and Laos. When I wasn’t conducting research, my volunteer work there included everything from assisting in their eco-camps for kids in the city to being a farmhand and doing forest management work. The more important work that I was doing for them was creating a brand for the key-farmer network. The network is made up of farmers from the Mekong region that have set up their farms under the ideologies of eco-farming (similar to permaculture methods) and have been able to create a surplus of produce, of which they are now trying to turn into a profit, allowing the products of indigenous farming methods to enter the modern economy. Hopefully this winter I’ll be going back to Vietnam to work as an intern for maybe six months.”

Right track: “The independent major was the right track for me, because I’m not someone who can—well, I can, but I would rather not—just sit down and follow protocol. I was able to create something myself—of course, with strict suggestions from advisors and faculty—of things that have to get done in order to graduate. For students who are coming in as freshmen and know about the independent major possibility, and have something they’re super passionate about and can find faculty who are interested in that subject, I would say go for it. It’s a really special opportunity that Wheaton offers, and it’s helped me fine-tune my own academic mindset.”

For more information about pursuing an independent major, please contact Academic Advising at 508-286-8215 or by emailing advising@wheatoncollege.edu. More information is also available here.
>> Read about other students who are designing their own course of study