The “Les Demoiselles d’Avignon” of five nudes in a brothel by Pablo Picasso stands eight feet tall, seven feet wide, and took him nine months to paint using hundreds of sketches and studies. The dramatic scale and scope of the work seems more than fitting, considering it shook the art world with its nontraditional approach, helped usher in Cubism, and still is the subject of much study and debate among scholars.

Suzanne Blier, a renown scholar of African art history, will be at Wheaton on February 7, at 6 p.m., in Ellison Lecture Hall, to discuss the images in the 1907 painting and how Picasso was inspired by African art, which is the focus of her forthcoming book. She will present “Picasso’s Demoiselles: Africa, Sex, Origins and Creativity,” as the Mary L. Heuser Memorial Lecture in Art History.

“’Les Demoiselles d’Avignon’ or ‘The Young Ladies of Avignon’ is arguably one of the most influential artistic acts of the 20th century,” said Wheaton College Associate Professor of Art Ellen McBreen, who invited Blier to present the Heuser lecture.

“There has been more written about this painting by Picasso than any other: dozens of books and hundreds of essays. But Suzanne’s study returns us to some basic questions that we have failed to answer in the last century of looking at it: who and what does the painting depict? Why did he introduce African masks into it? Since Suzanne’s specialty is African art, she has brought a whole new set of fresh questions and ideas to a canonical work that many of us who study European modern art only thought we knew.” 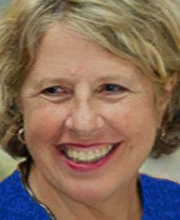 Blier is the Allen Whitehill Clowes Chair of Fine Arts and of African and African American Studies at Harvard University. She also is president of the College Art Association, a professional group for art historians and artists; and co-chair of an Electronic Geo-spatial Database called Africamap, a geographic information system that allows visualization and analysis of information.

A historian of African art and architecture, Blier has written 14 books, including Art and Risk in Ancient Yoruba: Ife History, Power and Identity c.1300 (Cambridge University Press), which won the 2016 Prose Prize in Art History and Criticism. Her new book, Picasso’s Demoiselles: Africa, Sex, Origins, and Creativity, is scheduled to be published later this year.

Blier’s many fellowships include the Center for Advanced Study in Visual Arts Paul Mellon Fellowship at the National Gallery of Art; the John Simon Guggenheim and the Radcliffe Institute Fellowship.

McBreen met Blier in 2012 when Blier was researching her forthcoming Picasso book. McBreen, in her own book, Matisse’s Sculpture: The Pinup and the Primitive, discusses Henri Matisse’s and Picasso’s shared interest in African art and how that interest manifested itself differently in each of their works. Blier and McBreen worked together on a new book, Matisse in the Studio (MFA Publications), scheduled for release in April, when the exhibition of the same name opens at the Museum of Fine Arts, Boston (April 9 through July 9).

“In addition to all her academic accomplishments, Suzanne is also an incredibly generous person,” says McBreen. “She is always at the ready to help out younger scholars and treats them like peers. I’ve been invited to participate in several panels at her recommendation, because she effortlessly connects peoples and ideas. She’s the kind of engaged, broad-thinking art historian who makes you happy to be in the same field, because she is constantly stretching its limits.”

McBreen says that Wheaton students will benefit a great deal from hearing Blier’s lecture because her subject matter is relevant to many fields of study at Wheaton, including anthropology, French studies, Hispanic studies, women’s and gender studies, film and new media studies, and African, African American, Diaspora studies.

“In my ‘Art of the Avant-Gardes, 1900-1945’ we focus on both Picasso and the larger question of European cultural appropriations from African art. We read about the racial and sexual politics of Picasso’s ‘Demoiselles d’Avignon.’ We also look at Picasso in depth in my ‘French Art and Its Others (1830-1930)’ seminar, where we study how a fascination with cultures outside of Europe motivated several artists and designers working in nineteenth- and early twentieth-century France,” she says.

“Any student interested in how racial and sexual differences have been represented historically will find Suzanne’s talk extremely relevant. This isn’t just a question for art history, clearly, since so many ideological messages about identity are shaped by the visual culture that bombards us daily. The way we struggle to define, contain or embrace difference continues to be the primary means through which we define ourselves.

“The ability to critically unpack how messages about identity are encoded visually—and then often accepted or normalized—is a crucial skill, and one that I hope students in my classes will use in their daily lives beyond Wheaton. I hope students will be reminded that ideas about race, sexuality and gender are constantly evolving. …Works of art, and the world they reflect, are never black or white. Each generation brings their own questions to them.”

Mary L. Heuser Memorial Lecture
The Wheaton College Friends of Art established this annual lecture in 2009, to honor the memory of Professor Mary L. Heuser—Professor of Art History from 1952 to 1981, first holder of the college’s William Prentice Chair, and founder of the Friends of Art. Prof. Heuser completed her doctorate in art history at Radcliffe College, where she specialized in medieval art history. She dedicated her life to promoting the arts at Wheaton. The lecture that bears her name honors each year the work of a distinguished art historian, and celebrates the spirit of this remarkable woman.