Summer camps hold a nostalgic place in American culture—the subject of numerous movies, books and shows, including Disney’s Channel’s popular series “Bunk’d.” But with all the high-tech toys and social media available to kids these days, do they still need camp? 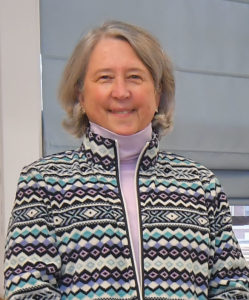 Wheaton Professor of Education Mary Lee Griffin believes they do.

“Camp is a great way to keep children engaged in the summertime,” Griffin told The Sun Chronicle in Attleboro, in an August 1 article highlighting local camps. “When parents are working, kids are at home, and often times with nothing to do but watch TV.”

More than 14 million children attended summer camp in 2013, according to the most recent statistics, cited in the article. Among those options are Camp Finberg, run through the Attleboro YMCA here in Norton, and EXPLO camps, hosted each summer at Wheaton.

Griffin told the Sun Chronicle that she believes these experiences provide kids with a sense of structure and opportunities to socialize, as well as another key aspect of childhood: fun.

“Camp is healthy,” she told the newspaper. “…Kids need a break to play.’

Griffin’s research interests include literacy and the impact of mindfulness on teaching and learning. She is a founding member of Wheaton’s Contemplative Studies Initiative.