Registering voters: “I registered voters and helped recruit volunteers for phone banks of voter registration drives. I also helped organize events like Hillary Clinton’s rally at Temple University. During the first three days of the Democratic National Convention, I was at one of the Philadelphia Democrats’ office helping organize the first stop of Hillary Clinton’s and Tim Kaine’s battleground tour. On the last day of the convention I was able to attend the convention and watch Clinton accept her nomination. It was absolutely amazing! I cannot describe what it felt like to be able to witness history in the making.”

Reading the public: “The ability to be able to relate and connect to people has been by far the most useful thing during my internship and in working on this campaign. I learned a lot about people. I was able to have a first-hand account of the political dissatisfaction of the American public. A lot of the people I spoke to on the streets did not feel like their vote mattered or did not want to vote because they’ve been let down by candidates with false promises too many times.” 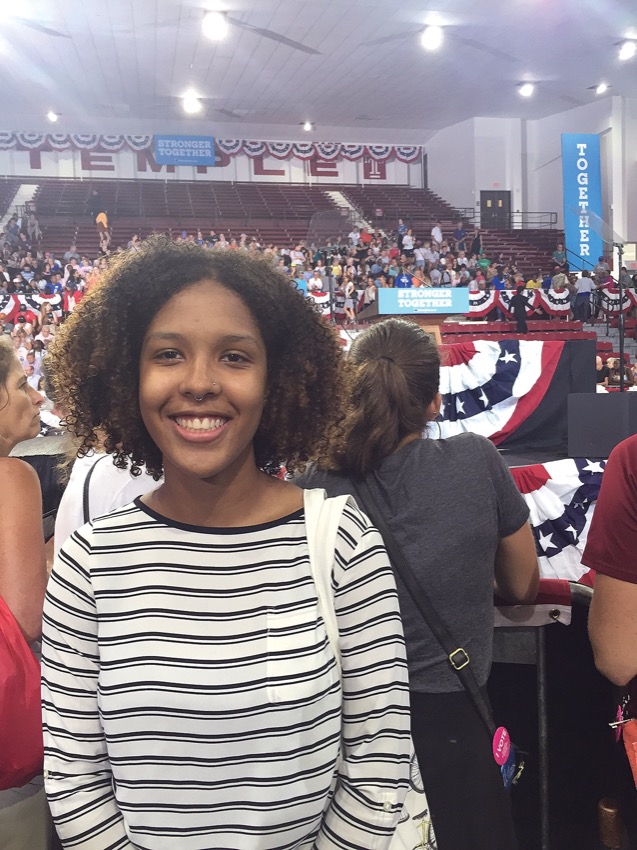 Relying on coursework: “The research and analysis of the changes in African American voter turnout that I did for my final paper for my poli-sci research methods course helped a lot when registering voters. Philadelphia has a large African American population, so I was able to use what I learned to work different angles when trying to convince voters to register and make sure they vote in November.”

Making major decisions: “When I was in high school I always talked about becoming the mayor of New York at some point, and I always enjoyed politics, so majoring in political science was a pretty simple choice. I chose women’s and gender studies to be my second major because I took the intro class with Denise Davis and I absolutely loved it. The women’s and gender studies courses I’ve taken so far have allowed me to learn so much about myself, and what I stand for. I am a woman who will eventually get into politics and both of these majors complement each other well.”

Wheaton students gain essential career skills at sites throughout the country and around the world with support from internship funding. These opportunities are part of the college’s commitment to experiential learning formalized through the Wheaton Edge. Return to main page.