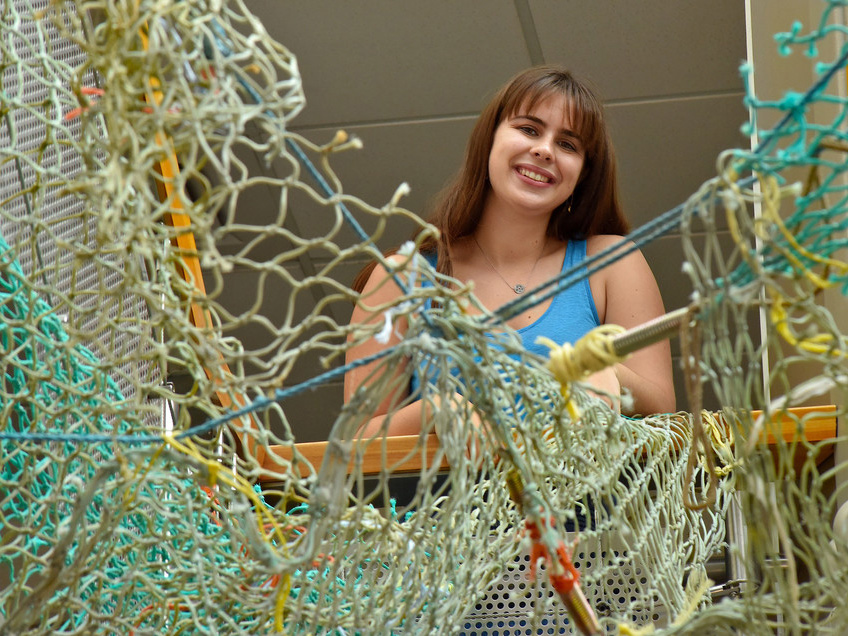 Sixteen art and music students embarked on a three-week intensive Wheaton arts course at Burren College of Art in Ballyvaughan, Ireland, this summer, where they explored the landscape, met locals and dedicated their time to creating art.

On September 21 from 5–7 p.m. in the Davis Art Court in the Mars Arts and Humanities building, their creations will be on display at the official opening of the Arts in Ireland exhibit, which will feature short musical performances and artwork inspired by their new surroundings.

Ballyvaughan, a town with about 250 people, is located on the West Atlantic Coast of Ireland near the historic Burren limestone landscape overlooking the Galway Bay.

“At the Burren, there are visible monuments older than the pyramids. Something about that time signature slows people down, and gives them brain space,” said Assistant Professor of Art Kelly Goff, who co-led the program with Professor of Music Matthew Allen. “For many students, it was their first chance to have a true artist residency experience.” 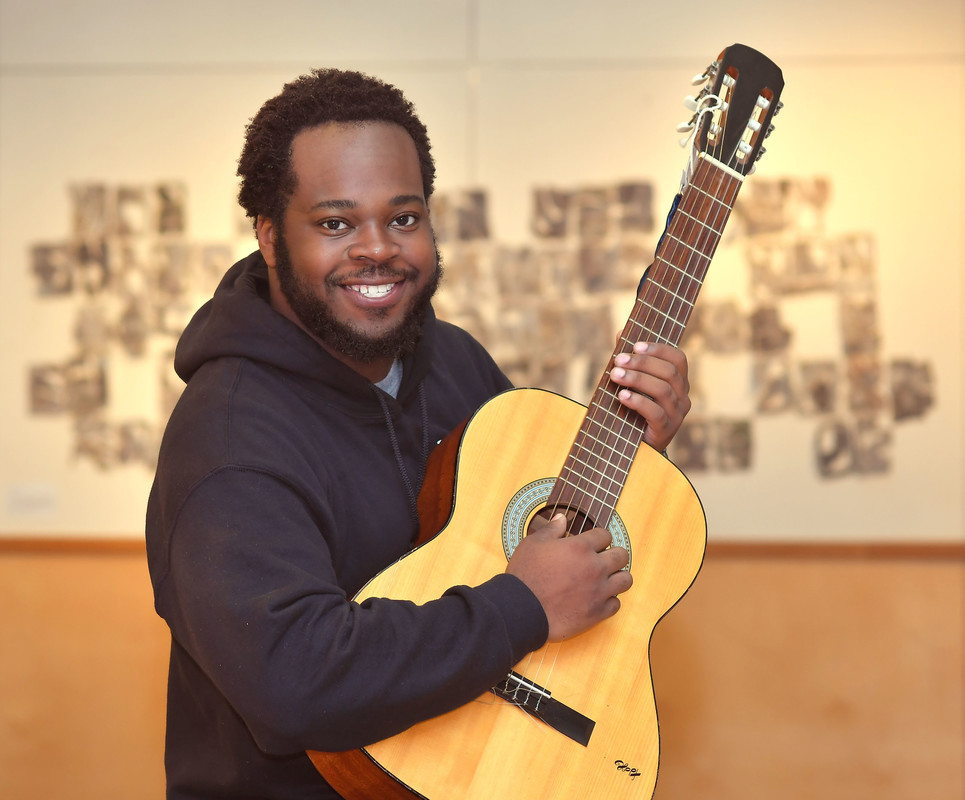 Sophia Hatzikos ’20, a studio art and economics double major, said she was enchanted by the new surroundings, and the opportunity to create art while enjoying a special camaraderie with other Wheaton students.

Hatzikos incorporated parts of the natural environment in her art, including seaweed, beeswax and sheep wool. One of her pieces, which will hang from the second-floor railing at the exhibit, features teal-colored netting held together by metal springs. She said she found the nets while walking on the college grounds.

“It is just this cool netting. The saltwater got it a little starchy, so it had this moldable aspect unlike anything I’ve ever worked with,” she said.

Daniel Alexandre ’20, a music major with a business and management minor, focused on writing lyrics.

The vibrant green landscape had a calming effect, he said. “You look out the window every morning and see the grass and the mountains and the goats. It’s very serene. It’s a great place to create.”

Alexandre said he developed habits early on for a productive time, going on morning jogs and walks on the beach (meeting many of the locals), before settling into his studio space to write.

“The serenity brought out what’s inside,” he said, noting that themes that emerged in his writing included freedom and righteous indignation.

Alexandre recalled one particularly exciting moment: “I re-did the traditional Irish tune ‘Off to California.’ Part of the college is a tall castle, and the acoustics are really good. I had set up my recording equipment when some tourists came to look at the castle. I started playing the song. A woman interning at the castle, who played fiddle, joined me. The articulation in the way she played made it truly sound like an Irish song.”

Unlike Alexandre and Hatzikos, Bláithín Haddad ’19—a studio art and classical civilization double major—was intimately familiar with Ireland before the trip, as she is an international student who has lived in Dublin. 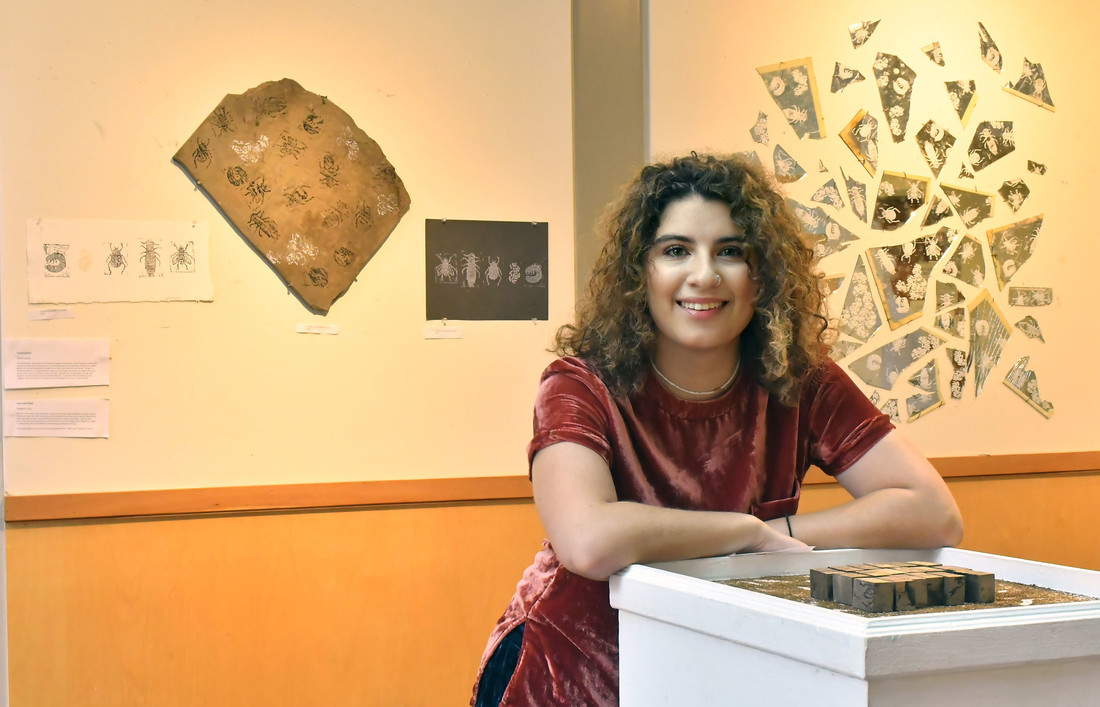 Nevertheless, returning to her home country for the purpose of making art still inspired her in new ways.

“It was so different this time in the way that I was with a group, and we were all focused on creating,” she said. “That was something that was exciting and mind-blowing to me. We were all in this beautiful space to create.”

Haddad’s works examines Irish funerary traditions, something she has experienced recently with the loss of her grandmother, who was buried in a basket. (In Irish traditions, the family handles the burial; the men dig the graves the night before while women host tea and the open casket gathering.)

In her works, she explores the fear that bodies will not be recognizable anymore. Her artwork features bugs stamped on shattered shards of mirrors and wooden blocks soaked in traditional Irish tea arranged on dirt, among other pieces. (The whole exhibit will smell like Ireland, as many students used wool, etc., in their creations.)

“This whole trip was emotional, but it felt like the right place at the right time to unleash these feelings and thoughts and connect to them on a deeper level. I had never allowed myself to go there before, but this time it felt right.”

Read more about the upcoming exhibit and check out the Arts in Ireland blog.