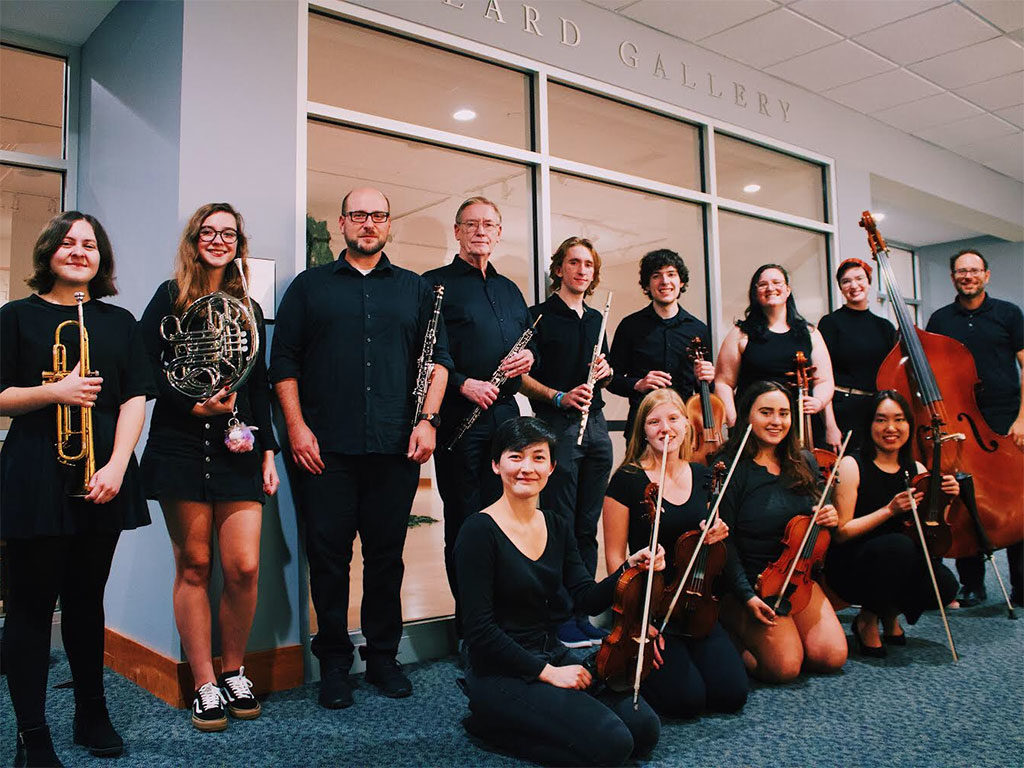 One of Wheaton’s newest musical performance courses covers more than meets the eye or ear.

MUSP 015 Wheaton Sinfonietta provides talented musicians with the opportunity to tackle advanced chamber music in a collaborative setting. Unlike in an orchestra or concert band, chamber music usually requires each instrumentalist to play their own individual part and to perform without the direction of a conductor.

But the course goes beyond the artistry of musical performance. It covers the craft and management of the music business, including “the practical, organizational, artistic and administrative skills needed to run a professional musical ensemble.”

“The course is based on the model of collaborative professional chamber ensembles,” said Associate Professor of Music Delvyn Case. “The students work with me and each other develop programming themes, research and choose repertoire, attend to logistical concerns, organize off-campus performances, and create promotional strategies and materials when appropriate.

Professor Case designed the year-long class with support from the college’s $500,000 integrative humanities grant from the Andrew W. Mellon Foundation, which is intended to facilitate combining classroom learning with applied experiences.

The Wheaton Sinfonietta’s first public performance will be coming very soon. The 15-member group, which includes two musicians from the local community as well as Wheaton faculty and staff, will present a concert at the Norton Public Library on Saturday, November 16. Before that, the group will perform in the Lyons Den on Tuesday, November 12.  The concerts will feature a wide variety of music, including “The Carnival of the Animals,” written by 19th century composer Camille Saint-Saëns.

“Outreach and community engagement is key to the course, including creating programs, performing for various types of audiences, and engaging directly with listeners through public speaking and by developing multimedia resources to support these events,” Case said.

Madyson Powell ’23, from Albany, N.Y., is responsible for handling publicity for the group, in addition to playing the French horn. Violinist Erica Werner ’23, who plans to pursue majors in international relations and Hispanic studies, took on the role of MC for the concert, and she is developing enrichment activities for the audience.

“I volunteered to head up finding materials for our concert because I have been a camp counselor for five years,” said Werner, a resident of Madison, Wis. “I am printing up a packet with a poem that goes along with each movement of ‘The Carnival of The Animals’ for the parents and with instrument coloring sheets as a way to try to help the kids begin to put names with instruments they see.”

Thomas Conrad ’22, who plays the flute, viola and viola da gamba, has helped to shape the performance, selecting one of the compositions the ensemble will perform. “The piece that I selected is the Vivaldi rendition of the popular folk tune‘Les Folies d’Espange,’ or ‘La Follia,’” Conrad said. “The energy of the piece and its darker qualities are a nice contrast to the other pieces that we will have on our program.”

A music major from Natick, Mass., Conrad also leads a portion of the ensemble’s rehearsals. “Chamber music is traditionally conductorless, and therefore it is up to the musicians to establish a strong bond between each other to play as a group as best as possible,” said Conrad, who is also active at Wheaton on the board of the student-run Music CoOp and the French Club.

In addition to the organizational work the course requires, the Wheaton Sinfonietta presents a challenge in musicianship. The repertoire for ensembles tends to include more modern and contemporary works. “As these works are in some significant ways more difficult than the standard orchestral repertoire, it is only in this kind of group that our students will be able to experience it firsthand,” Case said. In fact, he has plans to augment the ensemble this spring with several professional musicians, thus allowing the group to further expand their repertoire.

And the advanced nature of the music is part of the draw. “I like playing music in smaller ensembles because it exercises different skills and comes with different challenges,” said viola player Jackson Reed ’21, a computer science and music double major who also serves as president of the Music Co-Op and is a member of Wheaton’s  Great Woods Symphony Orchestra. “Each individual part is more important than it would be in an orchestra, and closer communication between players is key.”

The payoff will come when the ensemble gets to play for an audience, Conrad said. “The concerts will be fun, as we are performing for the Wheaton community, as well as the Norton community, which allows for different types of community engagement. We are also playing some fun music and that is always enjoyable, no matter the venue.” 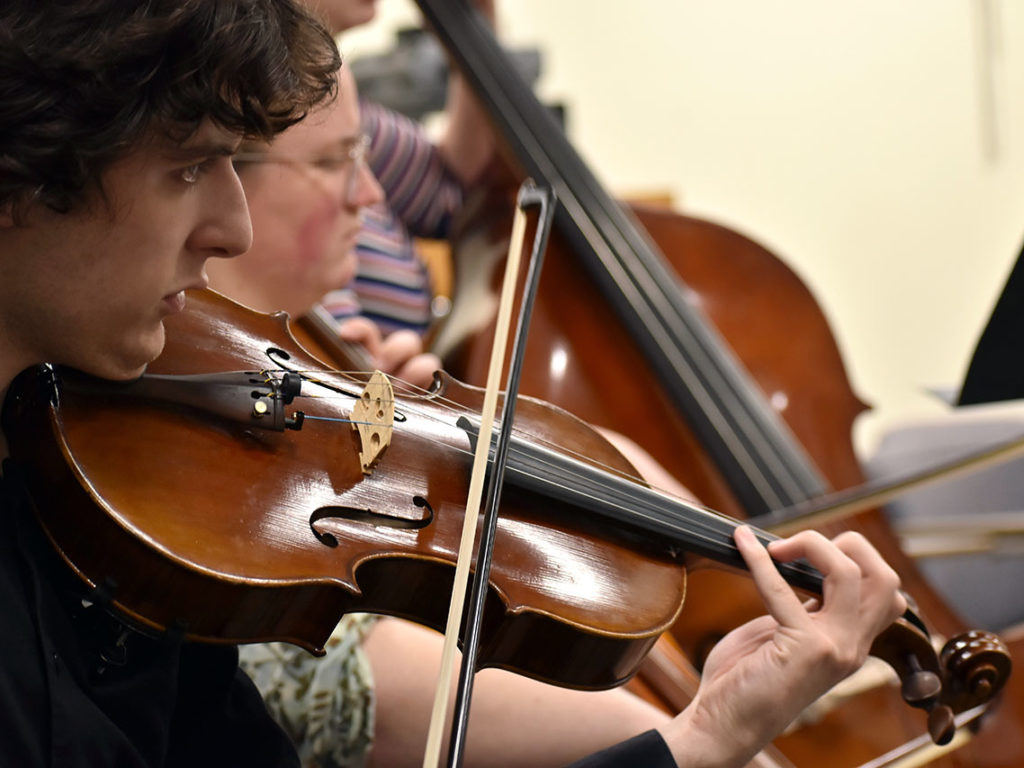 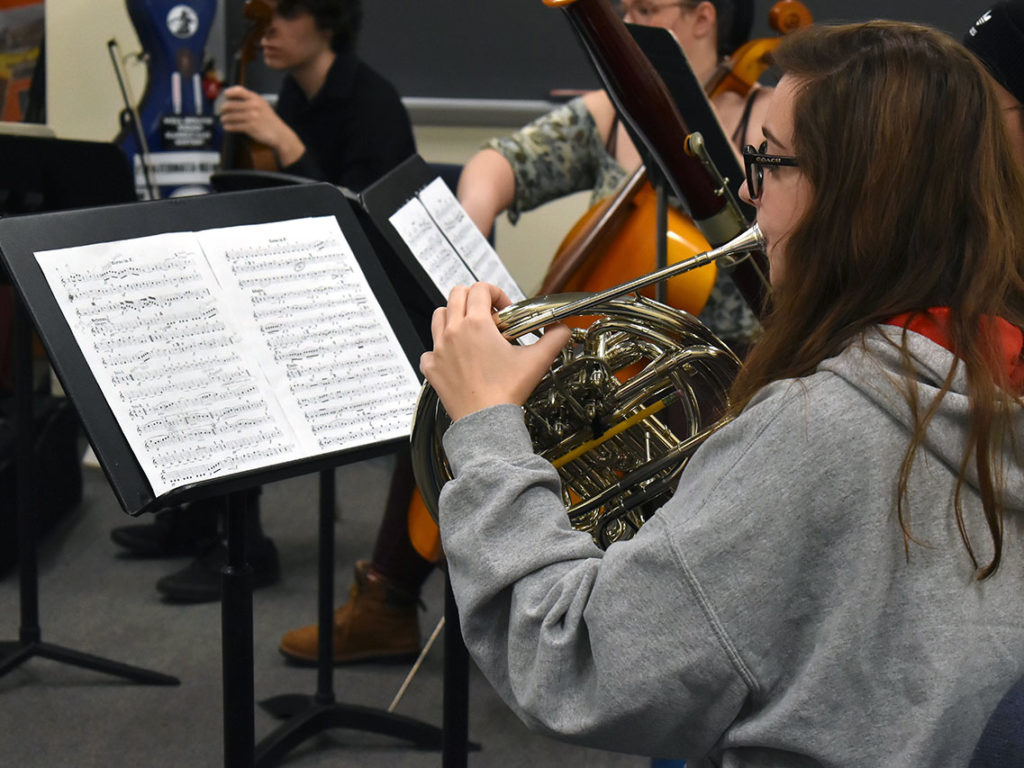 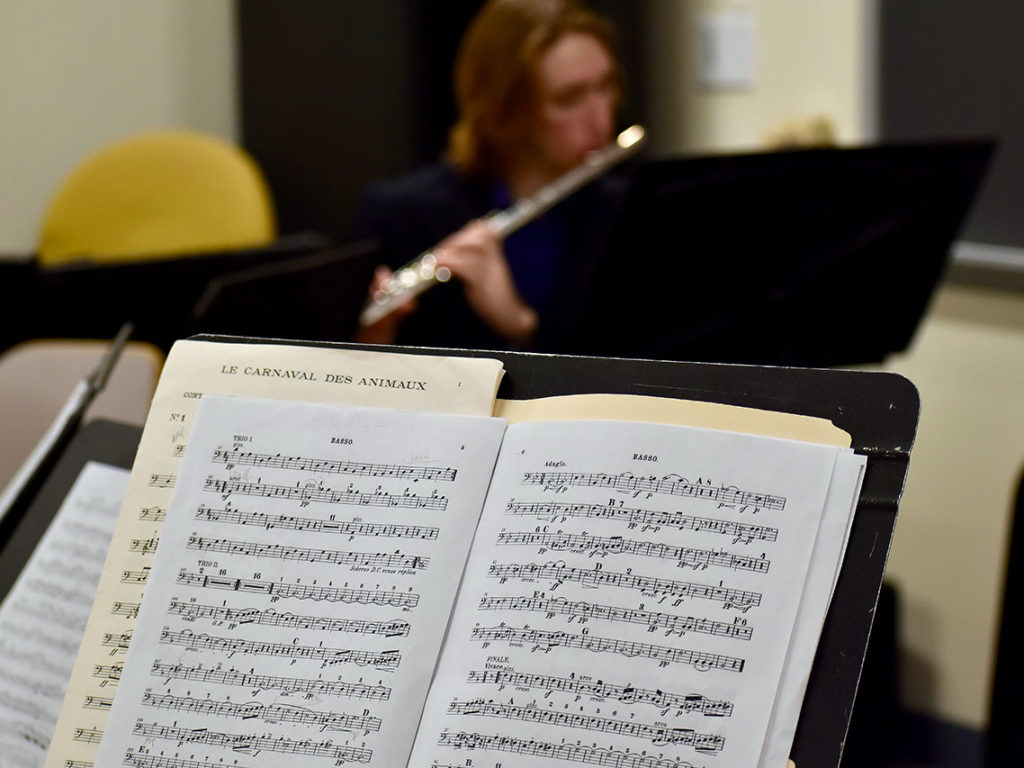 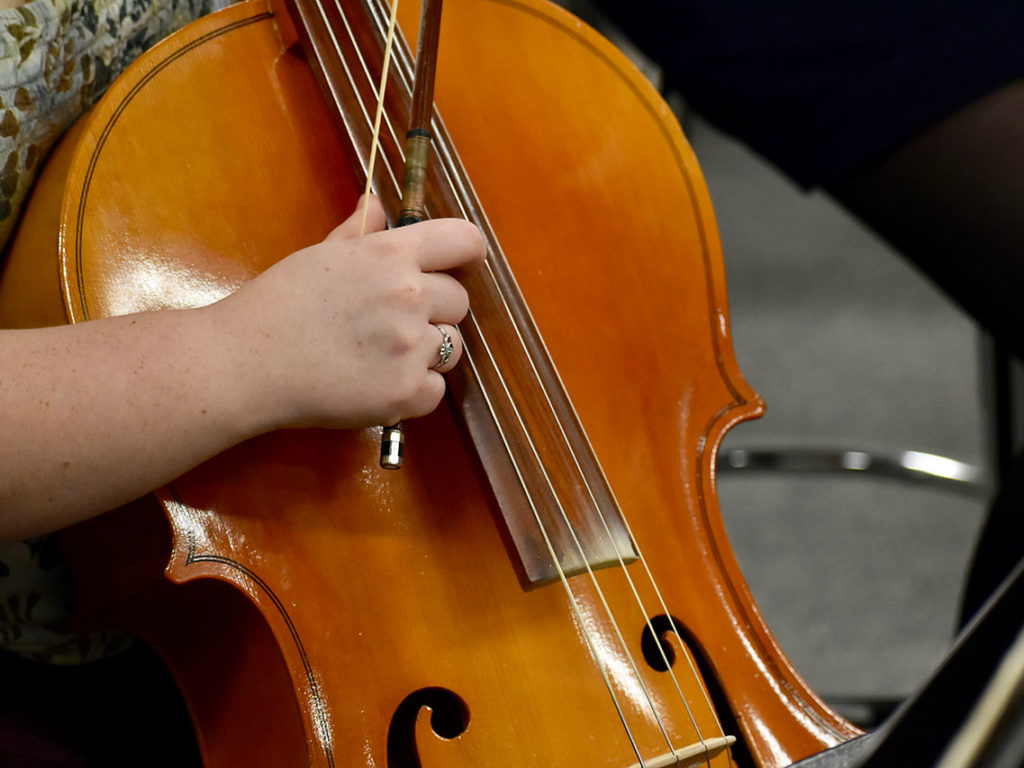