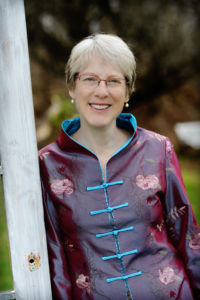 Elizabeth Briody ’78, an alumna who has dedicated her career to culture change within organizations, was named the winner of the 2020 Bronislaw Malinowski Prize from the Society for Applied Anthropology.

The award, named after one of the most influential anthropologists of the 20th century, is presented each year to an established professional who has actively pursued the goal of solving human problems using the concepts and tools of social science, according to the society.

Due to COVID-19, Briody will formally receive the award, and deliver an address, at the society’s meeting in spring 2021.

“It was a huge surprise. I had no idea that I would be nominated for this award. My colleagues were the ones who got together, wrote letters and pushed for this,” she said. “I was so touched by that, because when you are buried in your work, you don’t think about these things. You think about the next problem you are trying to solve or the next task you are trying to complete.”

The society’s members typically work in academia, so it’s unusual for professionals like herself to receive the award, Briody noted. As such, she felt honored to receive recognition for her work as a practitioner-scholar.

“The society still values what I am contributing to the knowledge in this field,” she said.

After graduating from Wheaton with a bachelor’s degree in anthropology, Briody received her master’s degree and doctorate of philosophy in anthropology from the University of Texas at Austin.

After working for 24 years at General Motors Research conducting anthropological studies of work and organizational culture, Briody founded her own consulting practice, Cultural Keys.  Now she helps companies and nonprofits diagnose and solve organizational and cultural issues to improve their overall effectiveness. She also helps these entities understand and strengthen their connections with customers by capturing diverse and changing behaviors, preferences and perceptions.

Briody credits Ina Rosenthal-Urey, who served as chair of Wheaton’s Anthropology Department, for her successful career in anthropology. Briody recalled that during her senior year at Wheaton, she was planning to become a French teacher when Rosenthal-Urey stepped in and encouraged her to pursue graduate studies at the University of Texas at Austin.

As a graduate student, Briody conducted field research with Rosenthal-Urey in Mexico; Rosenthal-Urey also served on her Ph.D. dissertation committee.

“She really was my inspiration, and the inspiration of several other anthropologists who graduated from Wheaton,” Briody said. (The two remain in touch; Rosenthal-Urey had planned to attend the Society for Applied Anthropology awards ceremony in March before it was canceled.)

Professor of Anthropology M. Gabriela Torres, who has worked with Briody on the American Anthropological Association’s Members Programmatic, Advisory and Advocacy Committee, said the award is well-deserved.

“As a practicing anthropologist, she brings in key insights about anthropology’s commitment to making change in our society,” Torres said.

Professor of Anthropology Donna Kerner added that Briody has helped raise the profile of applied anthropology in the field.

“Dr. Briody has changed the focus of the American Anthropological Association to embrace applied anthropology, but more importantly, she has significantly raised the profile of what anthropological research has to offer government, business and nonprofit organizations. She is one of our most distinguished departmental alums and we are so delighted that she has been nationally recognized for her contributions,” Kerner said.