Dolita Cathcart, associate professor of history, appeared on two television shows this year, sharing her expertise in African American history and social movements with audiences on PBS and the National Geographic Channel.

The first project, titled “Birth of a Movement: The Battle Against America’s First Blockbuster,” aired on PBS’s “Independent Lens” on February 6, focusing on the response to the 1915 silent film “Birth of a Nation.”

“The filmmakers came across my dissertation while they were conducting research on the showing of D.W. Griffith’s blockbuster film, ‘Birth of a Nation’—a horribly racist film that helped to reinvigorate the Klan,” Cathcart said.

The film, which was developed by Northern Light Productions, is narrated by actor Danny Glover and features interviews with filmmakers Spike Lee and Henry Louis Gates Jr., among other famous names. 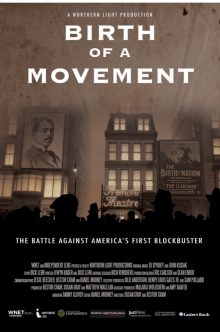 The Wheaton professor’s living room was transformed into a film studio for the interview, which focused on how the black community in America reacted to the showing of the film at the time—a response that included protests and police riots.

The second film project came about after the “Birth of a Movement” creators shared Cathcart’s interview with producers at the National Geographic Channel who were working on an eight-part documentary series. The series, titled “Origins,” chronicles “the breathtaking story of the rise of mankind,” according to a website announcing the project.

Cathcart was interviewed for several episodes in the “Origins” series, which aired on the National Geographic Channel in March.

While sharing her expertise on African American history, Cathcart collected a few new strategies for the classroom.

“‘Origins’ gave me some ideas for teaching, like taking an artifact of some kind and having that stimulate discussion,” she said. “I actually tried that in one of my last classes and it went quite well.”

The professor was invited to appear on a panel of experts to discuss the PBS project at a public screening at Harvard University in January. Wheaton also hosted a screening of the film in April, followed by a Q&A with Cathcart, Northern Light filmmaker Bestor Cram, former Boston NAACP president Michael Curry (who plays a role in the film’s re-enactments) and Robert Bellinger, associate professor and director of black studies at Suffolk University, who also appears as an expert in the film.

The Wheaton event was hosted by the Council on Inclusion and Diversity, the African, African American, diaspora studies program, the History Department and the History Club.