Three alumnae from three different decades at Wheaton returned to campus on December 7 to discuss their careers in sexual and reproductive health and their passion for social justice.

The panel, which was hosted by the Wheaton Institute for the Interdisciplinary Humanities and introduced by 2015–16 WIIH co-directors Kim Miller and M. Gabriela Torres, featured Lisa Weiner-Mahfuz ’94, Valerie Tobia ’07 and Sophie Howard ’14.

Weiner-Mahfuz is currently vice president of programs and development for the Religious Coalition for Reproductive Choice and co-founder of Intersections/Intersecciones Consulting, a practice that supports the work of organizations, community groups and networks that promote social justice.

“I’ve had a long and winding life doing social justice work across the movements over the last 20 years,” said Weiner-Mahfuz, who has also worked with the National Gay and Lesbian Task Force, the National Organization for Women and the National Organizers Alliance. “That interest, that passion for this work, started here at Wheaton.”

A women’s studies major (now called women’s and gender studies), Weiner-Mahfuz was one of the founders of a theme house on feminist perspectives, known today as Emerson House. All three of the panelists lived in the house during their time at Wheaton, and several current Emerson House residents attended the talk.

“Almost every single one of the house founders has gone on to do racial justice or social justice work in almost every discipline around the country and around the world,” Weiner-Mahfuz said. “We stay connected. We very much are in each other’s lives for births and deaths and celebrations and political conversations.”

Tobia, who was a psychology major at Wheaton, now works as an integrated behavioral health clinician at the Family Health Center in Worcester, Mass. She also has a master’s in public health and a license in social work.

“My liberal arts experience here taught me that reproductive and sexual health is not a singular field. What I learned in my English class, for example, informs how I’m writing policies or grants or an op-ed argument,” Tobia said. “Your liberal arts education allows you to talk on that science, English, sociology, women’s health, historical, political range, because you’ve been exposed to all of those at Wheaton.”

Howard, the most recent graduate, works as a health care assistant trainer at Planned Parenthood League of Massachusetts. She was a double major in women’s and gender studies and sociology and a public health minor.

Howard said she was encouraged at Wheaton to pursue an array of internships, including working at an HIV/AIDS organization while studying abroad and at Attleboro Family Planning near campus. She also spent time working at a health clinic, where she discovered she wanted to work closely with patients.

With the tragic shooting at a Planned Parenthood clinic in Colorado Springs the week prior, the panelists discussed the many challenges of working in sexual and reproductive health—such as having to constantly argue for the value of their work.

All three panelists said that a passion for social justice was a necessity.

Nykia Leach ’17, an independent major in public health, attended the talk as a WIIH executive fellow. She interned at Planned Parenthood in Portland, Maine, last summer.

“Although pretty well versed on the topic of sexual and reproductive health prior to the panel’s commencement, I was excited to learn about the diversity of pathways a person can take to achieve their goals in this field of work,” Leach said.

Kate Gannon ’16, a double major in women’s and gender studies and psychology, said she appreciated the panelists’ diverse perspectives and years of experience. 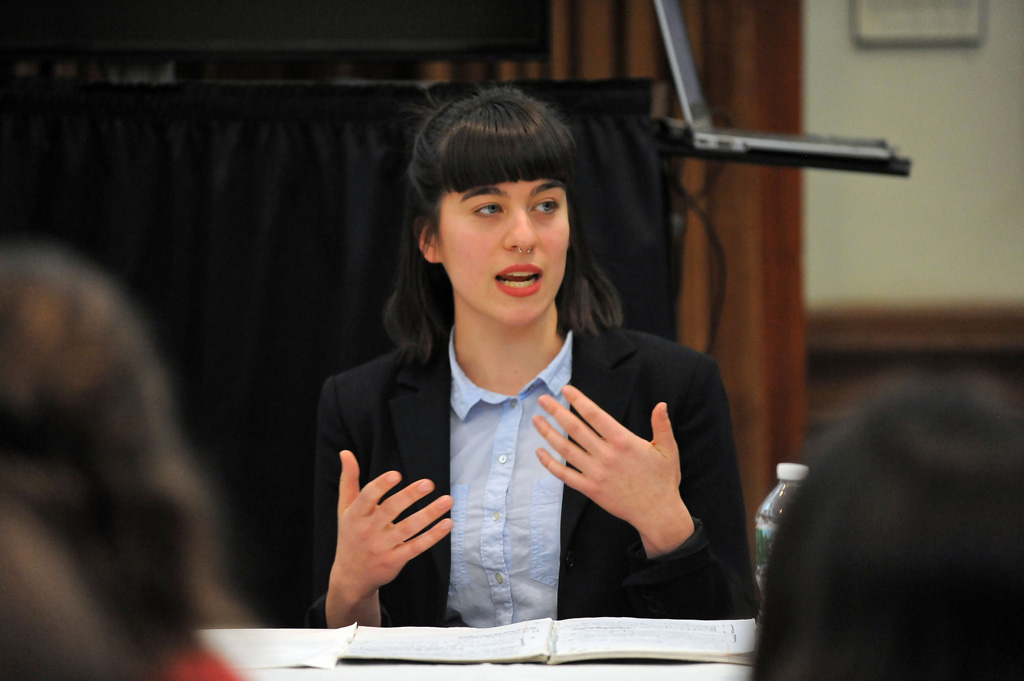